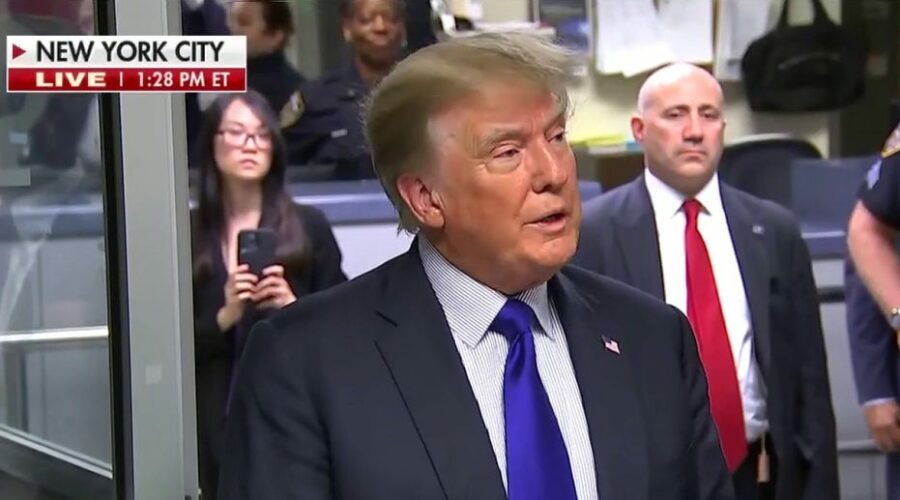 Former President Trump this year has repeatedly flirted with making another presidential run in 2024 to try and return to the White House. And he did it again this weekend during a stop at a New York City police precinct and neighboring firehouse in midtown Manhattan as he paid tribute to first responders on the 20th anniversary of the 9/11 terrorist attacks.

Asked by a police officer if he plans to launch a comeback in 2024, or perhaps run for New York City mayor, Trump responded “that’s a tough question.”

But then he said “actually, for me, it’s an easy question. I mean, I know what I’m going to do, but I’m not supposed to be talking about it yet from the standpoint of campaign finance laws, which, frankly, are ridiculous.”

And the former president, as he’s said numerous times already this year of his potential campaign decision, added that “I think you’re going to be happy.” 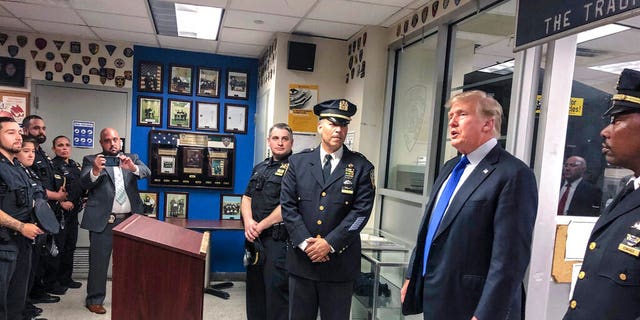 As political leaders across the nation used the 20th anniversary of the terrorist attacks that claimed the lives of nearly 3,000 Americans to deliver a message of unity, Trump released a video and a statement early on Saturday that criticized President Biden’s handling of the rocky U.S. withdrawal and evacuation from Afghanistan amid the lightning fast takeover of the warn torn Central Asian country by repressive Taliban forces. Trump’s successor in the White House has been accused by Republicans and some Democrats for underestimating the Taliban and overestimating the strength of the now-collapsed, U.S.-backed Afghan government and military.

At the stop at the police precinct, not far from Trump Tower, the former president charged Biden with “gross incompetence” for his handling of the U.S. exit from Afghanistan, which was originally set into motion by a deal then-President Trump made with the Taliban.

Hours before Trump’s visit to the precinct, Biden was joined by former Democratic Presidents Barack Obama and Bill Clinton at the traditional and somber name reading ceremony at site of the collapsed Twin Towers of those killed on Sept. 11, 2001. Former Republican President George W. Bush, in office at the time of the horrific attacks, spoke Saturday at a memorial service near Shanksville, Pennsylvania, where one of the four airliners hijacked by al Qaeda terrorists crashed after passengers fought back against the terrorists.

Trump spokeswoman Liz Harrington said that the former president “had the option to attend” the ceremony in downtown New York City “but decided to honor the day with different stops.”

The former president earlier in the day virtually addressed “Let us Worship,” an evangelical event that was held on the National Mall in the nation’s capital. 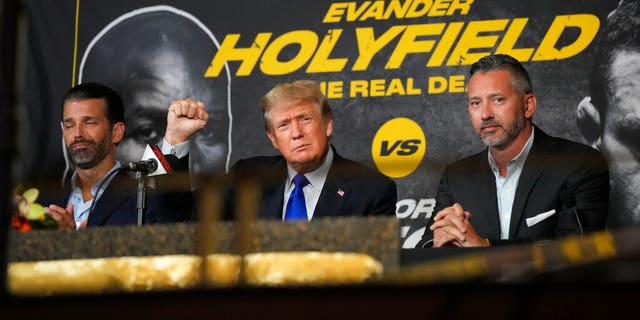 And later, the native New Yorker traveled to his adopted home state to provide ringside commentary for a pay-per-view boxing match in Hollywood, Florida.

Republicans split on if Trump would win in 2024: poll

While poll after poll indicates that most Republicans want Trump to remain as head of the GOP and would back him for their party’s nomination if he runs again in 2024, a new survey suggests they’re divided on whether Trump would recapture the White House if he launched another campaign.

Fifty-one percent of Republicans and GOP-leading independents questioned in a new CNN poll conducted by SSRS said that the they have a better chance of winning the White House in the 2024 election if Trump’s the party’s nominee. But 49% said the party would be better off with someone else as the GOP’s standard bearer in the next presidential election.

The survey, conducted online and by telephone from Aug. 3-Sept. 7, also pointed to an educational divide, with 69% of Republicans without a college degree – but just 49% with a college degree – saying that Trump should remain as head of the GOP.

Former GOP New Jersey Gov. Chris Christie took aim at his own party this past week, urging Republicans to discredit extremists and conspiracy theorists within their ranks if they want to compete with Democrats going forward.

And Christie, who unsuccessfully ran for the 2016  GOP presidential nomination and has flirted with a possible second run in 2024, called on his party to “face the realities of the 2020 election and learn, not hide from them,” as he took aim at Trump – his onetime ally – without naming the former president.

Christie made his comments on Thursday evening at the Ronald Reagan Presidential Library in Simi Valley, California, as the former two-term Garden State governor became the latest Republican leader to weigh in on the future of the GOP in a speaking series titled “A Time for Choosing.”

Since his 2020 loss to Biden, Trump has repeatedly fed his supporters a regular diet of unsubstantiated claims that the election was “stolen” amid “massive” election fraud. Trump refused to concede the election, but dozens of legal challenges by the then-president and his allies were shot down, and then-Attorney General William Barr said in December that the Justice Department had not seen fraud on the kind of scale that could flip the election.

“We need to quit wasting our time, our energy and our credibility on claims that won’t ever convince anyone of anything,” Christie argued in his address. “Pretending we won when we lost is a waste of time and energy and credibility.”

And Christie also emphasized that “we need to renounce the conspiracy theorists and the truth deniers. The ones who know better and the ones who are just plain nuts.”

The former governor also used part of his speech to blast Biden and the president’s policies.

DeSantis – a conservative congressman who was narrowly elected Florida governor in 2018 with support from Trump – saw his popularity surge among Republican voters in his state and around the nation over the past year and a half, thanks in large part to his combative pushback against COVID restrictions amid the coronavirus pandemic. And that’s fueled speculation about likely national ambitions, as the governor’s support has jumped among Republicans in early 2024 polls.

But this past week DeSantis, who’s up for reelection next year in Florida, took aim at such talk.

“All the speculation about me is purely manufactured,” DeSantis charged during a press conference Tuesday in St. Cloud, Fla. “I just do my job and we work hard… I hear all this stuff and honestly it’s nonsense.”

But DeSantis has made stops across the country this year as part of his fundraising push. And on Sunday, the governor joins two other potential 2024 Republican White House hopefuls – former Vice President Mike Pence and Sen. Ted Cruz of Texas – in headlining a GOP event in Nebraska. The three will celebrate agriculture as they speak at Nebraska Gov. Pete Rickett’s annual steak fry.

On Friday, Pence sat down for a rare interview on national TV, on Fox News’ “Fox and Friends.”