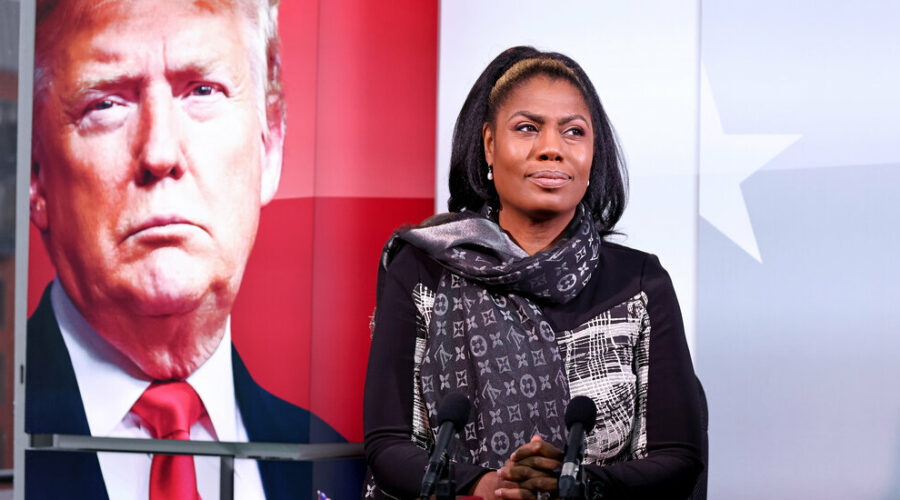 Former President Donald J. Trump has lost an effort to enforce a nondisclosure agreement against Omarosa Manigault Newman, a former White House aide and a star on “The Apprentice” who wrote a tell-all book about serving in his administration.

The decision in the case, which Mr. Trump’s campaign filed in August 2018 with the American Arbitration Association in New York, comes as the former president is enmeshed in a number of investigations and legal cases related to his private company.

“Donald has used this type of vexatious litigation to intimidate, harass and bully for years,” Ms. Manigault Newman said in a statement. “Finally the bully has met his match!”

The decision, dated on Friday and handed down on Monday, calls for her to collect legal fees from the Trump campaign.

Mr. Trump’s campaign filed the case shortly after Ms. Manigault Newman published her book, “Unhinged.” It claimed that she violated a nondisclosure agreement she had signed during the 2016 campaign stipulating that she would not reveal private or confidential information about his family, business or personal life.

The book paints a picture of an out-of-control president who is in a state of mental decline and is prone to racist and misogynistic behavior. Ms. Manigault Newman’s book also casts the former president’s daughter Ivanka Trump and his son-in-law, Jared Kushner, in a negative light. When Trump advisers tried to cast doubt on Ms. Manigault Newman’s accounts, she released audio recordings that backed up several of her claims.

In a statement on Tuesday morning, Mr. Trump said nothing about the arbitration case, and instead attacked Ms. Manigault Newman in personal terms.

The media- and image-obsessed Mr. Trump has for years used nondisclosure agreements as a way to prevent staff members from speaking about him publicly, and to deter them from making disparaging comments or writing books like Ms. Manigault Newman’s.

The arbitration is confidential, meaning that only the parties involved can release information about the case. In papers made available by Ms. Manigault Newman’s lawyer, John Phillips, the arbitrator, Andrew Brown, said that the definition of the type of comment protected by the nondisclosure agreement was so vague that it had been rendered meaningless. What was more, he wrote, the statements Ms. Manigault Newman had made hardly included privileged information.

“The statements do not disclose hard data such as internal polling results or donor financial information,” Mr. Brown wrote. “Rather, they are for the most part simply expressions of unflattering opinions, which are deemed ‘confidential information’ based solely upon the designation of Mr. Trump. This is exactly the kind of indefiniteness which New York courts do not allow to form the terms of a binding contract.”

At another point, Mr. Brown wrote that the agreement “effectively imposes on Respondent an obligation to never say anything remotely critical of Mr. Trump, his family or his or his family members’ businesses for the rest of her life.”

The arbitrator added, “Such a burden is certainly unreasonable.”

Mr. Phillips, who is based in Florida, said the lawsuit had been an abuse of power by a sitting president. “It’s over,” he said. “We’ve won in Donald Trump and the Trump campaign’s chosen forum.”

Arbitration decisions do not create a precedent, according to Shira A. Scheindlin, a retired Federal District Court judge for the Southern District of New York. That means that there is no potential impact from the Manigault Newman case on ones filed against other Trump employees.

However, a ruling in one case “may be persuasive” in another, said Cliff Palefsky, a lawyer in San Francisco who is an expert in the arbitration process. In the decision in Ms. Manigault Newman’s case, the arbitrator referred to a ruling in a class-action suit filed in New York by a former Trump campaign aide, Jessica Denson. In that case, a judge ruled that the Trump campaign’s nondisclosure agreements were not enforceable.

Charles Harder, the defamation lawyer who had represented the Trumps over the years and who was handling Ms. Manigault Newman’s arbitration case, parted ways with the Trumps before the decision was issued.

The decision cannot be appealed, other than on the basis of fraud alleged against the arbitrator who heard the case. That leaves Mr. Trump with little recourse for continuing to pursue an action against his former aide.