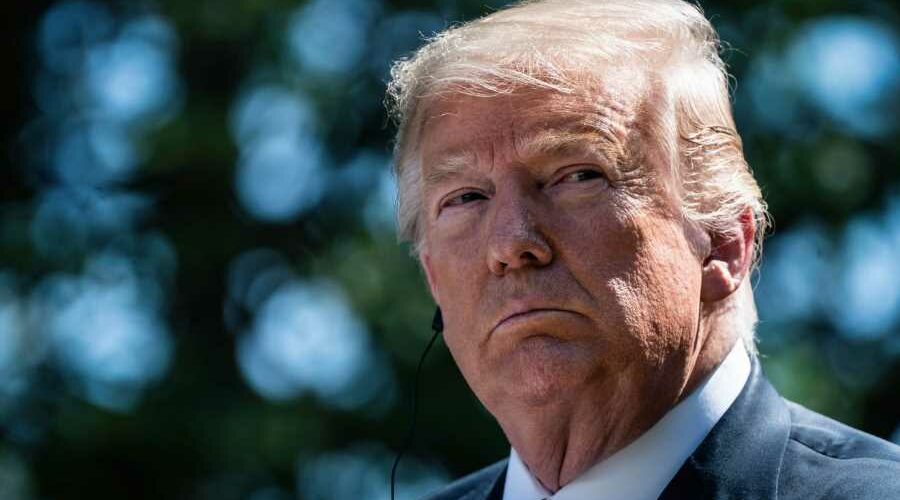 Trump, who did his damndest to keep power in the U.S. despite losing the 2020 election, boasted that he and Orban were “very close.”

“He’s a great leader, a great gentleman, and he just had a very big election result,” Trump said, appearing onscreen here via a cell-phone video from his office in Mar-a-Lago. “I was very honored to have endorsed him. A little unusual endorsement. Usually I’m looking at the 50 states but here we went a little bit astray — and I did that only because he really is a good man and he has done a fantastic job for his country.”

Exclusive: Trump Is Telling Allies His Record on Abortion Could Hurt His 2024 Chances

Trump pledged to help his fellow right-wingers in their struggle and framed it globally. “We’re looking to stop a lot of problems going on in the world: socialism and, really, communism if you look very deeply,” said the former president.‬

Orban, a self-proclaimed opponent of liberal democracy, won a fifth term as the Hungarian premier in April on the back of Trump’s endorsement. Observers from the European Union determined the election was, as they wrote in their report, “well-administered and professionally managed but marred by the absence of a level playing field.” Members of the ruling Fidesz party control almost all media in the country, making it perpetually difficult for opposition candidates to reach potential voters. In its report, the Organization for Security and Co-Operation in Europe noted that state media parroted the Fidesz party line throughout the election, “giving an advantage to the ruling coalition and blurring the line between state and party.”

Orban acknowledged this tactic during his own CPAC speech Thursday. “You can only present the stupidity of the leftist progressives if you have your media who can assist you,” Orban told the crowd, instructing Americans to take heed. “I know the old ethos of the Western democracy that partisan politics and media should be separate from one another. That’s the way it should be. But my friends, the Democrats are not playing by these rules.“

Orban also praised Trump during his keynote address, saying the former president “has unquestionable merits” and that his loss in 2020 “was precisely what happened with us” when Fidesz lost control of Hungary in 2002. This led to a hard-right turn in Orban’s party — and ultimately a return to power in 2010.

Both men framed themselves as struggling against international communism during their CPAC speeches. Orban, an opposition activist during the Soviet occupation, equated the communist era in Hungary to contemporary American society.

“We grew up in a ‘woke world,’” he said. “Today’s Critical Race Theory was dubbed ‘scientific socialism’ and  was taught at universities.”

“This corner of Europe will regain the colors it had before communism,” Orban said in the video.

Before communism, Hungary was ruled for 24 years by a revanchist nationalist government — the country’s first stable regime since the First World War — which allied with the Nazis in World War II and was responsible for the deaths of nearly 500,000 Jewish citizens in the Holocaust. Orban has previously referred to Miklos Horthy, primary leader of the Hungarian state during this period, as an “exceptional leader.”