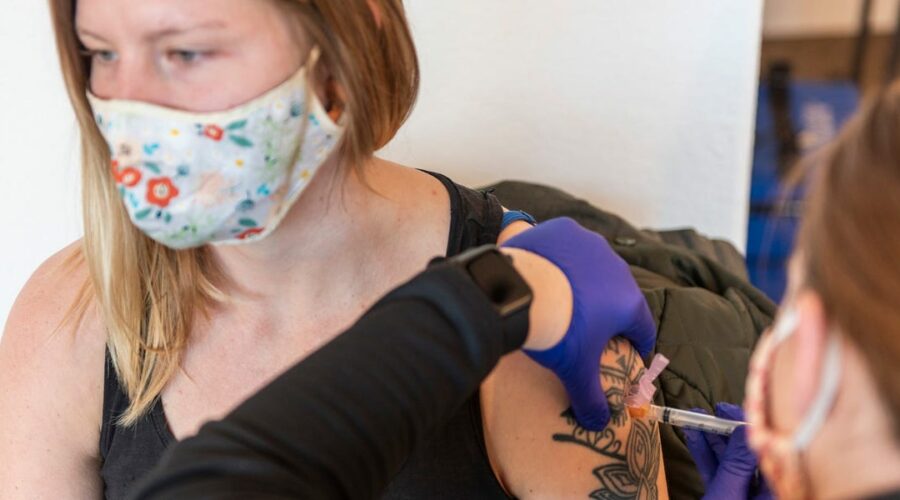 Only a small subset of people in the US, including nursing home residents and healthcare workers, are eligible to receive the scarce coronavirus vaccine right now. Almost everyone else is supposed to wait their turn, which could be months away.

But there's a loophole, and you don't have to be a celebrity, a billionaire, or plot some devious trick to find it.

It turns out that on some days healthcare facilities across the US, including hospitals and pharmacies, find themselves with leftover vaccines that could be discarded if not used quickly. Sometimes healthcare workers don't show up for their vaccine appointments, or some nursing home residents turn down the shot, leaving facilities stranded with already thawed shots that have a short shelf life.

The choice then becomes to either toss them in the trash or offer the scarce shots — which right now are the best promise for digging the world out of the deadly pandemic — to whoever else can take them right away.

"What they are basically doing is grabbing people who are in the building and giving them the shot," Arthur Caplan, founding head of the Division of Medical Ethics at NYU School of Medicine, told Insider.

Some people have been lucky enough to be in the right place at the right time. Others across the country, including in California, DC, Texas, and Kentucky, have heard about the surpluses and are waiting around at pharmacies to see if they can get one.

Facilities aren't advertising that they have leftover vaccines, but the word is getting around, including on social media. In a Reddit thread healthcare workers are exchanging stories about being forced to throw away extra vaccines. People are also talking about how they managed to land a shot by waiting around a pharmacy during closing time.

A lucky DC student gets her shot

Arianna Miskin, a 25-year-old master's degree student at George Washington University in DC, is among those who've been lucky enough to snag a leftover shot.

She had heard about them in New York and Kentucky and decided to try her luck at the nation's capital.

"I figured if it was happening there then it might be happening here," Miskin, who is studying for her masters in public health, told Insider.

On Sunday, she called the Safeway pharmacy near her home and they told her to call back at 4 p.m. Instead, she went to the store at 3:30 p.m. to wait. Two older adults were in front of her, and the handful of others behind her were couples who looked like they were in their 20s and 30s, she said.

Miskin said she would have stepped aside that day if she had seen older adults or people with severe illnesses waiting in line behind her.

Miskin provided Insider with a copy of her receipt verifying that she'd gotten the shot. Safeway also set up a follow-up appointment for her to get the second dose of the vaccine.

Miskin receives a text every day with a link to a questionnaire from the Centers for Disease Control and Prevention asking about her symptoms to track any side effects. She has a sore arm, she said, a common symptom from other vaccines, including the flu shot.

Now that she's been through the process, Miskin said that people thinking about getting those leftover vaccines should call first. Pharmacies have different times of operation, and they won't always have leftovers. Some people might wait in line for a while but wind up going home without a shot, she said.

Five pharmacists at Safeway and Giant Food in DC confirmed to Insider that giving out the extra shots was the practice at their stores. Not every store has vials left over at the end of the day, but some pharmacists said they're already getting tons of calls about the possibility.

Felismina Andrade, a Giant Food spokesperson, told Insider that each vial of the Moderna vaccine had enough doses for 10 people and that the vial expires after it has been out of refrigeration for six hours. If there are doses left over, the store first offers them to pharmacists, followed by store workers, then anyone who appears to be above age 65, followed by anyone else older than 18 who might want one.

"The DC Department of Health has made it clear to Giant that if doses of the Moderna vaccine will expire, they should be administered to anyone willing to take it," Andrade said. The store hasn't gotten advice about what to do with leftover shots in other states where it operates, she said.

Safeway, which is owned by Albertsons, didn't respond to Insider's inquiry about its protocols, but its DC pharmacists said that the vaccines were first offered to employees who worked at their stores before being offered to others. Grocery store workers are considered "essential workers" under government guidelines and have had to work since the beginning of the pandemic.

'Get the vaccine into people'

Incidences of unused vaccines in pharmacies and facilities across the country come as reports show high-priority people are struggling to sign up for vaccine appointments or are lining up for hours only to have a clinic run out of shots.

The US effort to distribute the vaccine has so far proved to be a monumental task that's going slower and messier than planned.

Less than one-third of the 15 million coronavirus shots that have been distributed have made it into people's arms, according to a tracking database from Bloomberg News. The rest are sitting in warehouses or other storage facilities, where they must be kept at very low temperatures.

Because of the snags and slow pace of getting the shots around, some officials are now urging medical facilities to just give out the vaccine whenever they can, after they've hit the high-priority groups.

Lindsay Weaver, Indiana's chief medical officer, told hospitals in a press conference on Monday to "go ahead and get the vaccine into people" if they have extra, even if those people fall outside the eligibility criteria.

Steven Stack, the commissioner for Kentucky's public health department, said during a press conference Monday that his agency expected younger people outside the high-priority group would wind up getting the shot. The goal, he said, should be to have people get vaccinated rather than have unused vials sitting in a freezer.

In DC, Health Director LaQuandra Nesbitt told reporters that the District's protocol was not to waste any vaccines.

"Our goal is to have minimal wastage of vaccine," she said in a press conference Monday. "If there are people who are available at the end of the day to be vaccinated then you should vaccinate them."

Nesbitt said all vaccine providers have to report how many went to waste, and that DC then is required to report those totals to the federal government. She added that she hadn't yet reviewed the data about how many shots might have been tossed so far.

People in or around DC shouldn't expect they can get an extra shot from any healthcare facility that has them. Kavita Patel, a practicing physician and health policy expert at the Brookings Institution, told Insider said the guidance about leftover shots was confusing for hospitals that are focused on vaccinating their own workers.

"Many hospitals in the area have unused doses sitting in their freezers and they are not necessarily receiving that same direction since they are not vaccinating people outside their own system," said Patel, who worked on healthcare reform under the Obama administration.

The risk of a vaccine black market

Guidance on who should get the coronavirus vaccine first has been fraught with controversy.

Older adults and people of color have been hit hardest by the pandemic. People who can't work remotely during the pandemic face their high risk for infection because of their exposure to colleagues and the public.

The Advisory Committee on Immunization Practices recommended to the CDC that healthcare workers and people who live in nursing homes get the vaccine first. The CDC took that medical panel's advice and issued official recommendations to states.

States still get the final say on how to distribute the vaccines although there have been some exemptions. For instance, members of Congress and some of their staff have been among those getting first dibs.

In the months ahead, the vaccine will be available to a broader list of people.

In DC, people who are 65 and older can get their shots starting January 11. The list expands on January 25 to people in grocery stores, childcare workers, and people who work in public safety, such as firefighters. People with chronic health conditions can sign up to get the shot as early as February 1.

Washingtonians and even those in the surrounding area who meet the correct criteria can answer a questionnaire and sign up for the shot through an online portal.

Caplan said states and the federal government should give clear advice about what to do with surplus vaccines rather than put the burden on healthcare facilities.

"There is every reason to think that it will quickly degenerate into a black market with people paying to get on the list," he said.

In Pennsylvania, the Department of Health has given guidance to hospitals and health systems encouraging them to inoculate the highest-priority group first, meaning healthcare workers and nursing home residents. After that, they're to vaccinate people in the next phase, which includes seniors above age 75, "to avoid wasting vaccines if at all possible," Rachel Kostelac, spokeswoman for the agency, told Insider.

New York officials have said they'll issue fines of up to $1 million to healthcare providers who funnel vaccines away from high-priority people. In California, Gov. Gavin Newsom told medical workers on December 28 that they'd be sanctioned or lose their licenses if they helped people skip the line.

But when asked about the policy by Insider, a spokesperson from California's Department of Public Health pointed to state guidance showing healthcare workers have some leeway if a vaccine is about to expire. They're permitted to give the vaccine to lower-priority groups as long as they tried to get the high-priority group first.

Caplan said he agreed that vaccines shouldn't be thrown out, but advised that healthcare workers at hospitals — even if they're not directly working with patients — not turn down a vaccine assuming it will end up going to someone with higher risks in their place.

"It could go to someone handy, or nearby, or smart enough to know they can call and get something," he said, adding later in the interview, "It's undercutting the needs-based approach to those who are savvy and those who realize what's going on.

05/01/2021 Politics Comments Off on There's a way to get the coronavirus vaccine today even if you're not on the government's high-priority list. You don't have to be rich or well-connected.
World News 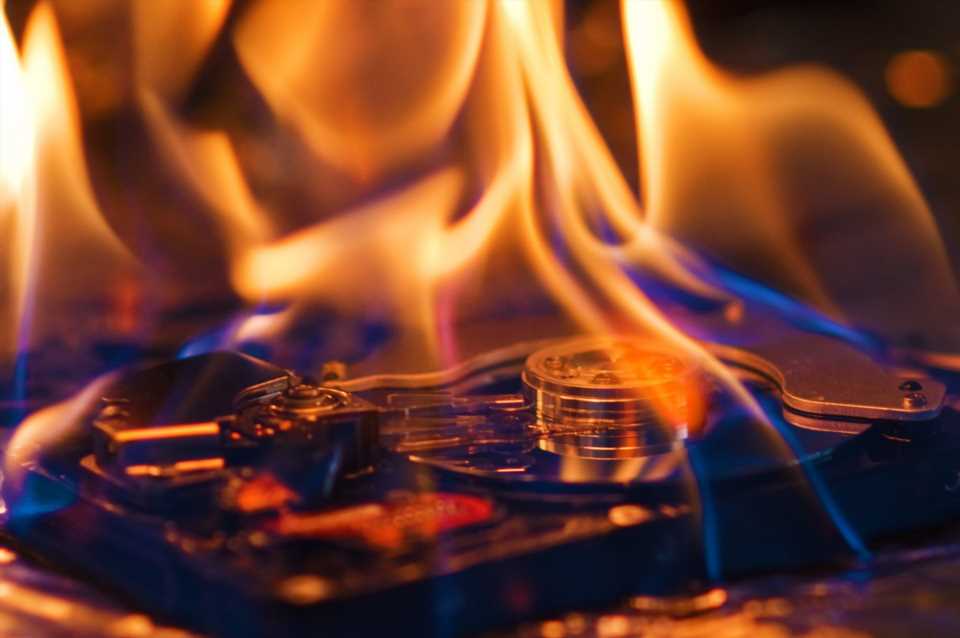 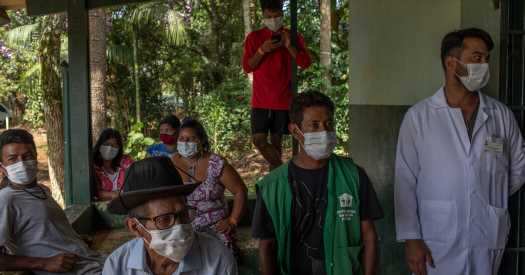