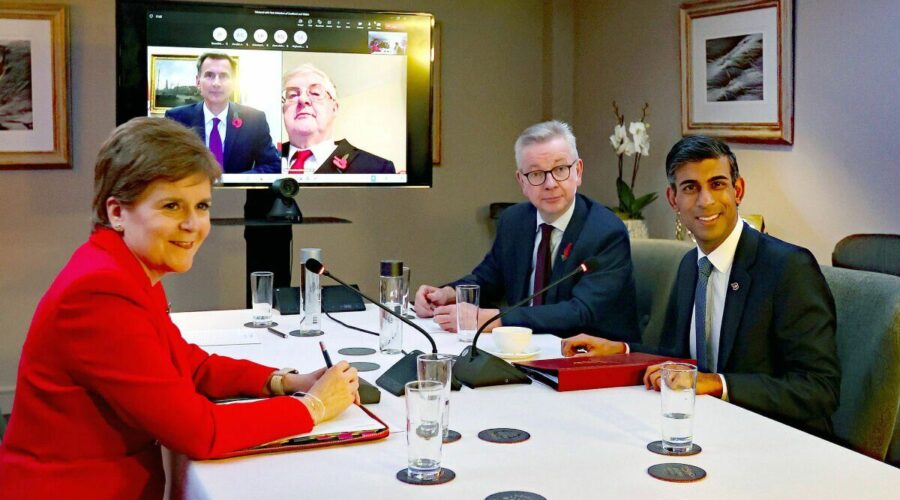 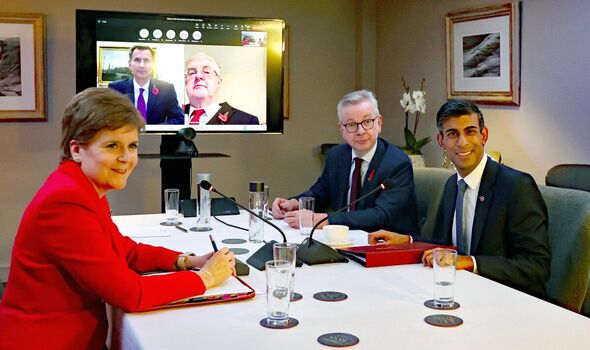 The Prime Minister will decide within days whether to use Westminster powers to block the First Minister’s controversial bill.

Mr Sunak and Ms Sturgeon last night held an “informal and private” working dinner on his first visit to Scotland since entering No 10.

Downing Street said the PM will decide next week whether to stop the SNPs gender reforms passed in Holyrood from receiving Royal assent.

His spokesman added: “There is a process to consider it and then he will be given advice to make a decision, that’s still taking place.”

Holyrood voted to end the need for adults to have a medical diagnosis before being able to legally change gender, a move critics say could be abused by predatory men who want to gain access to women only areas.

The deadline for enacting a section 35 order under the Scotland Act 1998 allowing Westminster to block the Holyrood bill is up next week.

It is not the only area of tension between Mr Sunak and Ms Sturgeon, who is pushing for another independence referendum.

Mr Sunak will use the two day visit to Scotland to highlight the strength of the United Kingdom.

The Prime Minister and Ms Sturgeon will discuss the “shared challenges that people in Scotland and across the rest of the UK face” and cooperation between both governments, according to No 10.

They will jointly announce millions in UK Government funding tomorrow.

It will be his first trip to Scotland as Prime Minister, although he has held talks with Ms Sturgeon before and the pair met at the British-Irish Council Summit in Blackpool in November.

At Prime Minister’s Questions on Wednesday, Mr Sunak said he wants to work with the Scottish Government on the issue of the North Sea oil and gas industry.

But he claimed Ms Sturgeon’s Government “don’t want to support the Scottish energy industry and the 200,000 jobs that it produces”.

He was responding to SNP Westminster leader Stephen Flynn, who said Scotland’s membership of the UK union “simply doesn’t add up”.

Mr Sunak said: “I’m keen to work with the Scottish Government to support the North Sea because it’s something that we’re all very proud of in the UK.”