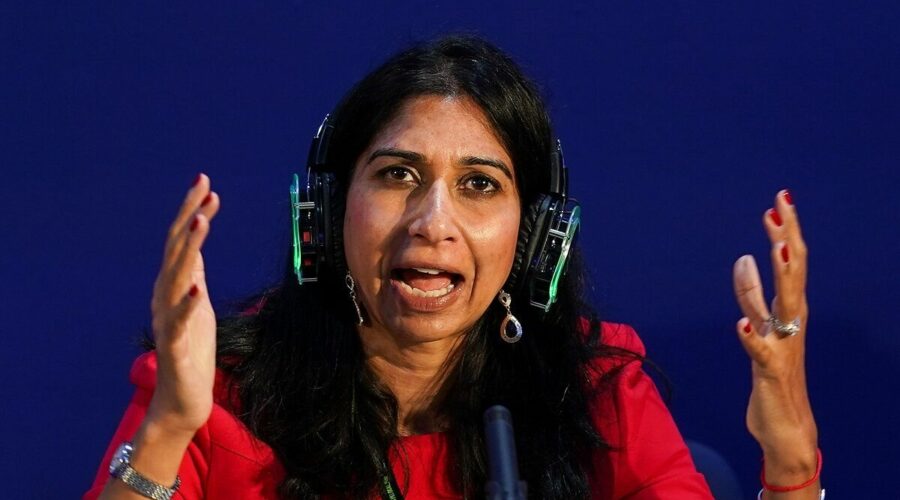 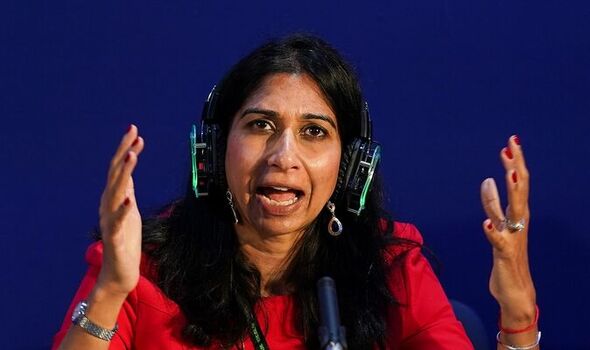 She will tell chiefs to go “back to basics” on crime, with performances under stricter scrutiny. The Daily Express understands tables will focus on key measures such as response times, arrest rates and the number of suspects charged.

A Government source said of the new league tables: “It is undeniable there has been a deterioration of confidence in policing.

“The Home Secretary is clear it is only right as we look to rebuild public confidence in the police, that people can scrutinise the performance of the police in their area and hold them account.”

She will point towards forces committing to send an officer to every burglary, adding that more should follow suit. In a scathing letter to 43 chief constables, she said officers needed to stop wasting time on “gestures” and initiatives on diversity and instead focus on “common sense policing”.

In a wide-ranging speech at the Conservative conference, she will pledge to use every tool to stem the flow of illegal migrants making dangerous channel crossings.

Ms Braverman will also promise to allow “the kind of immigration that grows our economy” but “end abuse of the rules”.

She is expected to pledge extra support to France, with embedded observers set to be deployed to France for the first time.

Paris has always been set against joint patrols on French beaches.

But Ms Braverman believes President Macron’s government may be more open to observers helping his police stem the flow of migrants.

More British drones could be used on French beaches to discover migrants hiding in the hours before they scramble across the sand to board boats to cross the Channel.

She will say parts of the immigration system are not working, adding that Britain must reduce numbers of those who are not helping improve the economy.

And Ms Braverman will set out her intention to ensure the UK’s policy on illegal immigration cannot be derailed by modern slavery laws, the Human Rights Act or the European Court of Human Rights.

The Home Secretary will say: “It’s right that we extend the hand of friendship to those in genuine need.

“At the same time, we should use our newfound control to deliver the kind of immigration that grows our economy, that helps projects that have stalled or builds relationships with our friends and allies.

“Parts of the system aren’t delivering. We need to end abuse of the rules and cut down on numbers that aren’t meeting the needs of our economy.” The Home Secretary also revealed plans to look at pre-charge anonymity for crime suspects.

Ms Braverman told a meeting at the Tory conference in Birmingham that the “media circus” can be devastating for those wrongly accused.

She said: “On the issue of anonymity pre-charge, I am interested in looking at that. Coverage of people prior to charge can be very, very damaging, particularly if the charges are not pursued or they’re dropped later on.”

Singer Sir Cliff Richard has joined forces with DJ Paul Gambaccini as part of a campaign to “redress the balance” in the legal system by ensuring those accused of sexual offences remain anonymous unless they are charged.

Ms Braverman has also admitted she could cut the number of student visas. She told a fringe meeting yesterday: “We’ve had a massive increase in students coming to this country. Students are a great thing – they can contribute skills to this country and to their own countries.

“We should be looking at some of the courses people are doing in this country. They are not always very good quality.

“It is legitimate to question whether that serves our economic objectives and taking a smarter look at student visas is consistent with our agenda for growth.”