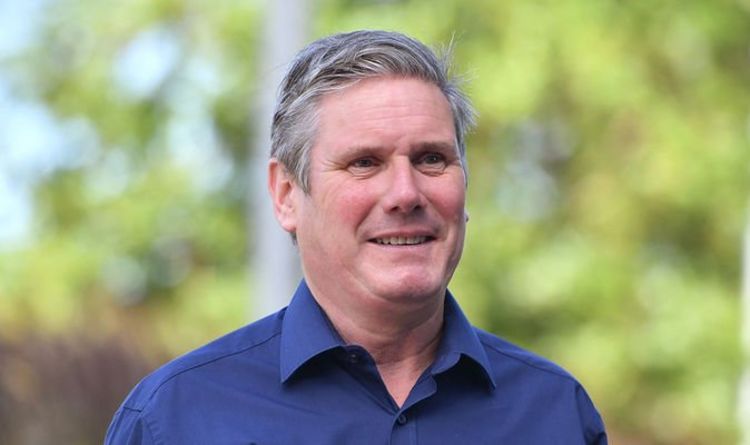 Labour has become a group of 'student radicals' says Embery

The Labour leader has called for £30billion to be spent, creating 400,000 new jobs in the low carbon economy. He argued this would enable the UK to “lead by example”, in the fight against the ongoing climate crisis.

However Andy Mayer, chief operation officer at the Institute of Economic Affairs, claimed the cost to the taxpayer per job would be enormous.

“The money to pay for that will likely come from raising taxes.

“No party that purports to care about working people should support it.”

Sir Keir wants Britain to commit to creating thousands of new green jobs, ahead of the Cop26 climate summit in Glasgow later this year.

He cites figures, from the Office for National Statistics, showing 33,800 jobs in green sectors were lost between 2014 and 2019.

Labour claim this cost another 41,400 jobs, which indirectly depended on the green economy, further down the supply chain.

Sir Keir commented: “Tackling the climate crisis must be at the heart of everything we do. We are at a critical moment.

“In less than 100 days, Cop26 will be over and our chance to keep the planet’s warming below 1.5 degrees will have either been grasped or abandoned.

“The UK must rise to this moment and lead by example. That means rapid action to create good, green jobs across the country.

“And it means a proper strategy to buy, make and sell more in Britain, to create good, unionised jobs in clean energy and through supply chains.

“We need real action, now. It is time for a Green New Deal.”

Hosted by the UK, it will allow global leaders to assess progress made in the fight against climate change.

Labour: Speculation over new leader will 'die down' says expert

He said: “The only way to deliver economic growth and genuine new sources of employment is by inventing new products and services people want to buy or delivering old products in a better way, including ways with a lower impact on the planet.

“None of which requires a central plan for jobs from the Government.”

In 2019 the Government committed to Britain becoming a net zero greenhouse gas emitted by 2050.

Previously the target had been an 80 percent reduction, from 1990 figures.

The sale of new non-hybrid petrol and diesel cars will be banned from 2030, as part of a bid to promote greener electric vehicles.
Source: Read Full Article