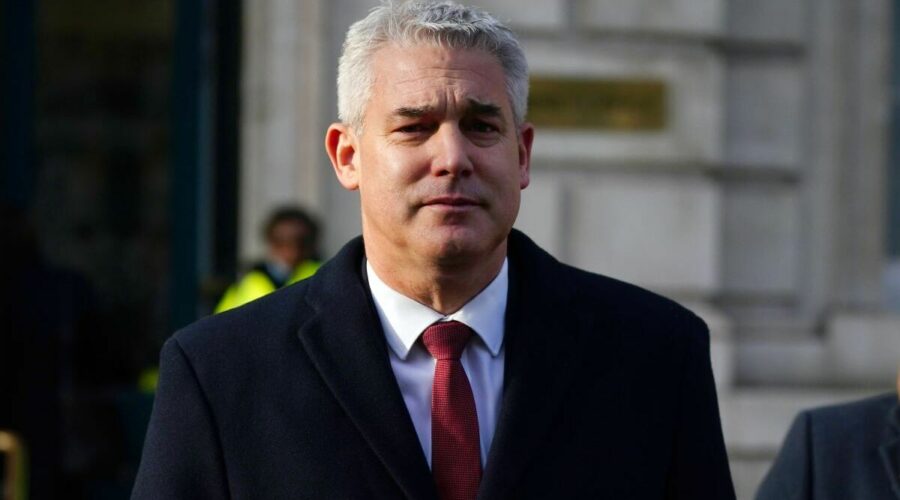 Public urged to use ‘common sense’ as ambulance workers strike

The Health Secretary blamed them for making contingency planning more difficult with the NHS crippled by a wave of walkouts by nurses and ambulance workers.

But in an increasingly bitter war of words Unite boss Sharon Graham hit back, accusing Mr Barclay of telling “a blatant lie”.

The furious blame game came as nurses in Scotland rejected an average pay increase of 7.5 percent.

The Royal College of Nursing (RCN) said it was now planning ­further strikes and would announce dates early next year.

Earlier this week RCN chief Pat Cullen told the Daily Express she did not want to “break the bank” with a 19 percent pay claim and said she is willing to compromise with ministers.

Mr Barclay said the RCN should respect the independence of the NHS pay review body, which has set pay for nurses at about £1,400 more a year, at least a four percent rise.

A Department of Health and Social Care source said: “Pat Cullen claims she doesn’t want to break the bank.

“But the RCN in Scotland has rejected an offer from Nicola Sturgeon that includes an average pay hike of 7.5 percent and more than 11 percent for the lowest-paid NHS staff as well as extra leave, shorter working hours and paid study time. Implementing a similar package in England would cost around £13billion a year. The country simply cannot afford the RCN’s huge pay demands.”

Unions representing ambulance workers want pay increases to keep up with the rising cost of living.

They have not set a specific figure but argue any offer needs to be high enough to prevent a recruitment crisis. NHS bosses are warning patient safety cannot be guaranteed during the strike action, although unions say life-threatening callouts will still be responded to by an ambulance.

They also argue patients are already being put at risk due to waiting times and made worse by staff shortages.

He said they had refused to work with the Government at a national level on how they would cover emergency calls during strike action.

Unison said it was “utterly shocked” by the comments, while the GMB union described Mr Barclay’s words as “insulting”.

The Health Secretary told BBC Breakfast ambulance unions are striking at a time “when the system is already facing significant pressure” from higher flu and Covid admissions. Asked who would be responsible for preventable deaths during the industrial action, he said: “It is the unions who are taking this action at a point of maximum ­pressure for the NHS.”

But the unions furiously rejected Mr Barclay’s claims. Ms Graham said: “The unions have negotiated critical cover, including 999 calls, at a local level with hosts of NHS Trusts.

“Steve Barclay obviously doesn’t understand how these issues are dealt with in the NHS. That is an embarrassment for him and the Government. He has now lost all credibility.”

She has previously said any deaths during the strikes would be the fault of the Government for refusing to open negotiations.

He urged people not to get “blind drunk” at Christmas parties and end up in A&E unnecessarily.

Provisional data from NHS England last night showed 11,509 nurses walked out in Tuesday’s strike, with 2,115 elective procedures and 11,682 appointments due to take place on the day cancelled.