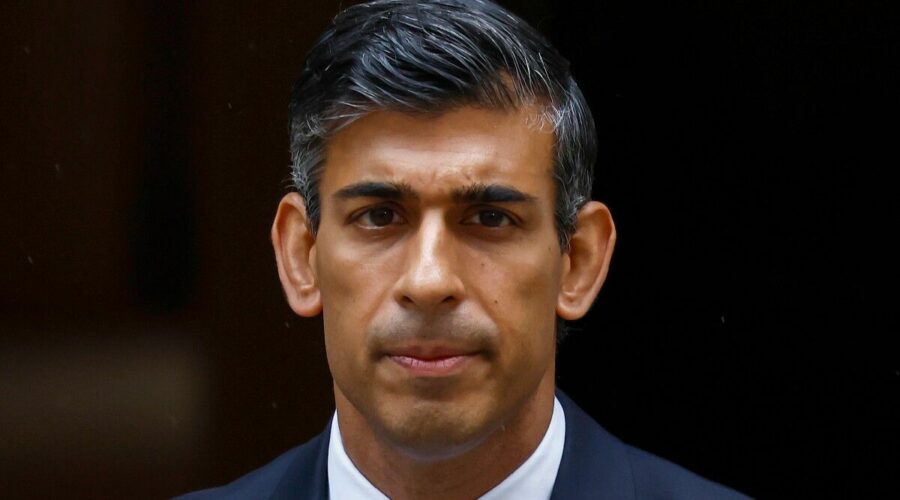 The state pension triple lock is under threat again as new PM Rishi Sunak is not committing to the policy. It comes after his predecessor Liz Truss pledged to stand by the rise for next year following a backlash earlier this month when questions were raised over whether it would go ahead.

The Prime Minister’s press secretary said today: “That is something that is going to be wrapped up into the fiscal statement, we wouldn’t comment ahead of any fiscal statements or budgets.

“But what I can say is he has shown through his record as chancellor is that he will do what’s right and compassionate for the most vulnerable.”

The triple lock sees state pensions rise in line with whichever is highest of 2.5 percent, wages and inflation.

Around 12.5 million people who receive the state pension could face a real-terms cut in earnings if their payments do not rise in line with soaring inflation, which is currently at around 10 percent.

Mr Sunak and his Chancellor will face strong opposition from campaigners for the elderly if the policy is scrapped for a second year running.

The National Pensioners’ Convention (NPC) previously warned the move would be “disastrous” amid the cost of living crisis.

As things stand pensioners will need to wait until the Budget to get the public finances back on track which has been pushed back from Halloween to November 17.

The medium-term fiscal plan will now be an autumn statement published alongside a new set of economic forecasts from the Office for Budget Responsibility.

Chancellor Jeremy Hunt informed ministers of the decision at the first meeting of Mr Sunak’s new cabinet in Downing Street on Wednesday morning.

Following the meeting, Mr Hunt said: “I want to confirm that it will demonstrate debt falling over the medium term which is really important for people to understand.

“But it’s also extremely important that that statement is based on the most accurate possible economic forecasts and forecasts of public finances.

“And for that reason the Prime Minister and I have decided it is prudent to make that statement on November 17 when it will be upgraded to a full autumn statement.”

During his first Prime Minister’s Questions today, Mr Sunak pledged to rebuild the public finances in a way that is “fair and compassionate”.

He insisted he would always protect the most vulnerable as the Government addressed the “mistakes” of Ms Truss, whose mini-budget sparked economic turmoil.

In exchanges with Labour leader Sir Keir Starmer, Mr Sunak acknowledged that it would involve “difficult decisions” in order to restore “economic confidence and stability”.

He said: “I will always protect the most vulnerable. We did it in Covid and we will do it again. This Government is going to restore economic confidence and stability and we will do it in a fair and compassionate way.”