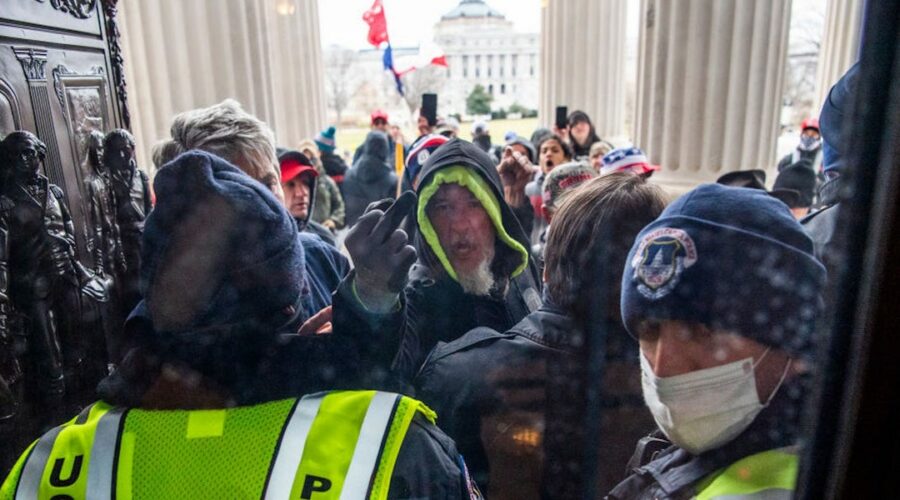 Some Republican lawmakers backed President Donald Trump's election fraud conspiracy theories because they are living in fear of violent reprisals from hardline supporters of the president, GOP lawmakers have said.

Multiple Republicans told Politico that there is enhanced fear among lawmakers from the party who live in areas where there is widespread support for the president.

Many returned home to find that their constituents backed the riots by hardline Trump supporters that engulfed the Capitol last week and led to five deaths.

Newly-elected Rep. Peter Meijer of Michigan, in an interview with Reason.com last week, said that colleagues acted out of fear by opposing the certification of President-elect Joe Biden's victory.

He said he "had colleagues who, when it came time to recognize reality and vote to certify Arizona and Pennsylvania in the Electoral College, they knew in their heart of hearts that they should've voted to certify, but some had legitimate concerns about the safety of their families. They felt that that vote would put their families in danger."

Read more: Could Trump mass-pardon his supporters who rioted at the Capitol? He has the power, and there is historical precedent.

As Trump has pursued his groundless claims that the election was stolen from him by mass fraud, Republican lawmakers and state officials who refused to back him have been harassed and threatened by his supporters.

A Pennsylvania state GOP official told The New York Times on December 9 that if she didn't back Trump's election fraud clams "I'd get my house bombed tonight."

"Both parties have extremists," a GOP lawmaker told Politico.

22/01/2021 Politics Comments Off on Some Republican lawmakers back Trump's election-fraud claims because they are afraid of being attacked by violent Trump supporters, say colleagues
Markets