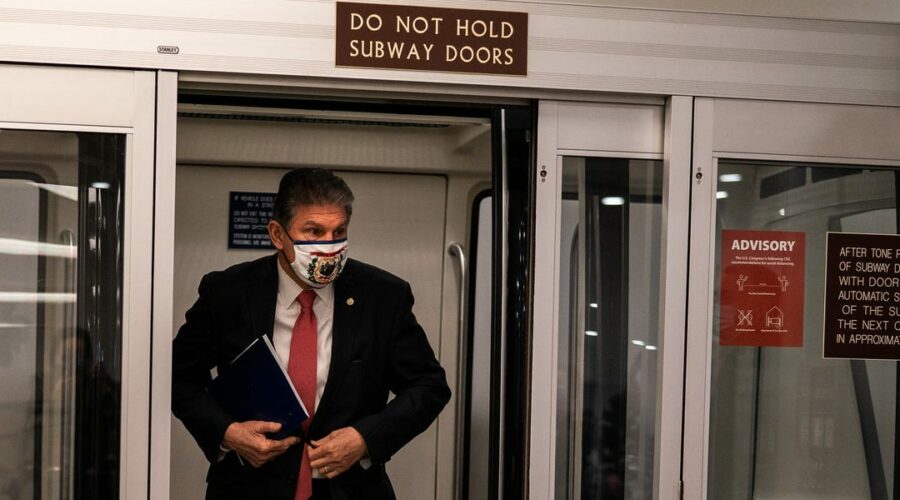 In a democracy, 50% plus one equals a governing majority. But in the US Senate, it takes 60 votes — or arcane maneuvers like budget “reconciliation” — to get much of anything done thanks to the filibuster, a Senate rule allowing a senator or senators from the minority party to hold up a bill, which has ossified into a permanent obstacle.

And that, Sen. Joe Manchin said on Monday, will “never” change so long as he’s around.

Democrats, in control of the White House and both chambers of Congress, are eager to utilize their trifecta to deliver memorable reforms ahead of the next mid-term elections, which have historically seen the ruling party suffer setbacks.

Some of it can be done the 50 plus one way: the $1.9 trillion stimulus package on track to be passed this week includes $1,400 checks, a $400 per week boost in unemployment, and billions in aid for state and local governments. But a ruling by the Senate’s parliamentarian means it will not include a hike in the minimum wage — and Republican support for $15 an hour by 2025 does not appear to be in the offing.

But, as critics are quick to note, there is nothing in the US Constitution that demands that a Senate majority’s legislation be stymied in perpetuity by a filibuster (and the need to get 60 votes to end debate). Indeed, that simple Senate majority could elect to just do away with what is just a tradition, not a law.

Manchin, the senator from West Virginia, is one of two Democrats standing in the way of that (the other is Arizona Sen. Krysten Sinema). And he’s not going to change his mind.

“Never!” he shouted at a journalist who asked if setbacks to the Democratic agenda might lead him to reconsider, per a pool report filed Monday night by Bloomberg News’ Erik Wasson. “Jesus Christ, what don’t you understand about ‘never’?”

If Manchin’s party is unable to move forward with other big-ticket items, however, expect rank-and-file Democrats and members of the press to keep asking him the question.

02/03/2021 Politics Comments Off on Sen. Joe Manchin on ending the filibuster: 'Jesus Christ, what don't you understand about 'never'?'
Markets