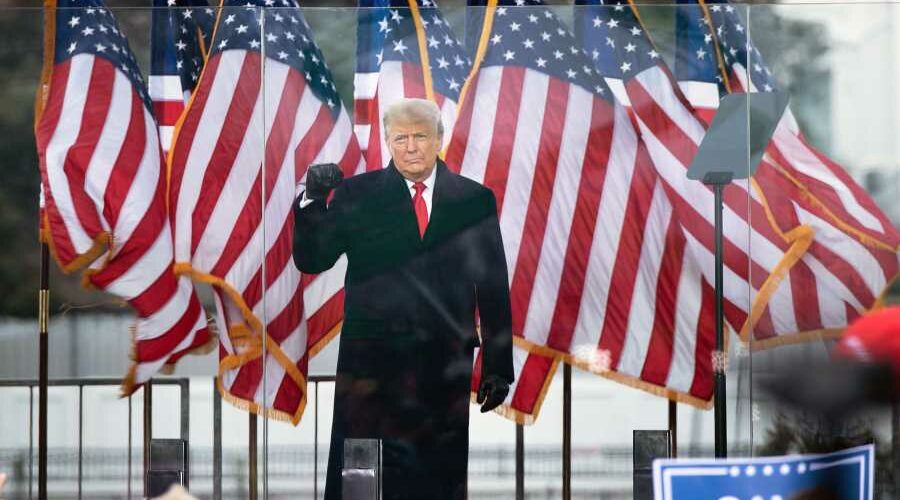 The Justice Department will continue investigating Donald Trump’s role in the Jan. 6 Capitol attack even if he runs for reelection, a department official said Tuesday.

Rolling Stone reported Sunday that Trump has been telling associates that his desire to be president again stems in part from a desire to thwart criminal investigations against him. “He says when [not if] he is president again, a new Republican administration will put a stop to the [Justice Department] investigation that he views as the Biden administration working to hit him with criminal charges — or even put him and his people in prison,” a source with knowledge of the situation said.

Winning the White House would give Trump renewed power over the Justice Department and protect him from its investigations, as department policy forbids the prosecution of a sitting president. Simply declaring oneself a candidate, however, does not confer any automatic protections.

Investigating a presidential candidate has vexed federal law enforcement before, as agencies have tried to walk a line between upholding the law and avoiding the influence of political interference. During the 2016 election, the FBI and Justice Department took pains to keep quiet about the extent of their investigation into the Trump campaign’s contacts with Russian operatives.

But with regard to the Jan. 6 investigation, Monaco said, the department would not let a potential Trump candidacy deter them from investigating the insurrection to the fullest. “The mandate the team has remains, which is to follow the facts wherever they go, regardless of what level, regardless of whether the subject of those investigations were present on Jan. 6,” she said.

The announcement days hours after an internal DOJ memo was released by Rachel Maddow on Tuesday, Attorney General Merrick Garland indicated that his personal approval would be required for investigations of presidential candidates in the 2024 election, citing “election year sensitivities.”

The practice outlined by Garland is not new, it was initially instituted by Trump’s attorney general Bill Barr, largely as a measure to counteract potential investigations by the department that could damage Trump politically. Trump’s criminal exposure spans both state and federal investigations, some of which were stalled throughout his presidency as there is very little precedent for the pursuing of criminal complaints against a sitting president.