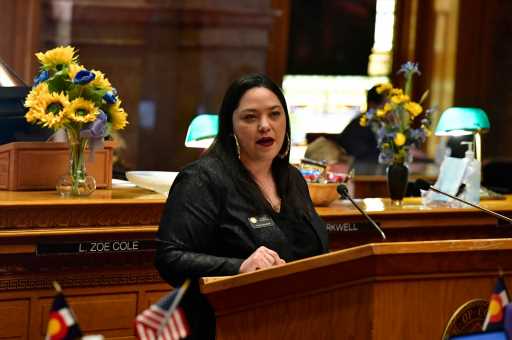 The U.S. Supreme Court’s ruling overturning Roe v. Wade, which guaranteed the right to an abortion in the nation, has, as expected, drawn admonition from Colorado’s Democrats and praise from its Republicans.

Although abortion will remain legal in Colorado and the majority-conservative justices’ opinion comes as no surprise following a Supreme Court draft decision leaked in May, the decision will have a ripple effect across the country as abortion becomes illegal or severely restricted in several states, prompting an anticipated influx of abortion patients to flock to to Colorado.

Anticipating this move by the Supreme Court even before the draft opinion leaked earlier this year, Colorado Democrats passed legislation that would codify the right to abortion in state law. Abortion and reproductive rights advocates are also working on a ballot initiative that would guarantee access to abortions in the state constitution in 2024.

“For decades, Republican politicians and secretive outside groups worked to put conservatives in power on the Supreme Court in order to overturn Roe v. Wade and ban abortion,” said Rep. Meg Froehlich, an Englewood Democrat and a sponsor of the Colorado abortion law. “With this decision, ultra right-wing politicians are now free to impose their own beliefs on everyone else, send abortion providers and patients to prison, and put bounties on anyone who helps them. In large parts of our country, women have become second-class citizens overnight and no longer have the right to determine their futures and make decisions that impact their livelihoods.”

Colorado voters have repeatedly struck down measures to restrict abortions, and the Democratic-led legislature has defeated attempts by Republicans to outlaw the medical procedure. Coloradans don’t want politicians deciding their health care, Gov. Jared Polis said in a statement.

“Because of my administration and Democratic leadership in the legislature, Coloradans don’t have to worry because our rights are still protected today despite the unfortunate reality that the U.S. Supreme just rolled those freedoms back for millions of Americans in other states,” Gov. Jared Polis said in a statement on Friday.

In a statement from Colorado Organization for Latina Opportunity and Reproductive Rights, the organization’s political director Christina Soliz noted that people who already face systemic racism and discrimination will be hit hardest by this ruling.

“This is why we protected our right to abortion here in the state by leading the passage of the Reproductive Health Equity Act, and now that the Supreme Court has cleared the way for bans across the country, we’ll continue to lead in building a future where reproductive healthcare is safe, accessible, and without shame,” Soliz wrote.

He added that Coloradans “will not retreat to an archaic era where the powerful few controlled the freedoms over our bodies and health decisions.”

Similarly, Colorado Attorney General Phil Weiser called the decision a “momentous mistake,” saying it will cause suffering and harm.

“In many states, women who are raped will be forced to continue the pregnancy, causing untold mental anguish and distress. Doctors providing abortions will be arrested and jailed. Women who cannot access abortion care will resort to desperate and dangerous measures to end a pregnancy, even in ways that threaten their health,” he said in a statement. “Women who experience life-threatening conditions during pregnancy will die. And women of color will be disproportionately impacted. These scenarios are now realities as laws in other states restricting abortion go into effect.”

But for Colorado GOP Chairwoman Kristi Burton Brown, the Supreme Court’s ruling was the right decision.

“Today is the best day. After decades of so many Americans fighting for every single life, today, the Supreme Court of the United States has finally declared that every child is worth saving and that every child must be protected,” she said in a statement.

Similarly, Archbishop Samuel Aquila of the Archdiocese of Denver praised the ruling in a statement.

“While precious lives will no doubt be saved because of this decision, in states like ours, the abortion industry and many lawmakers are increasing their efforts to promote Colorado as an abortion destination,’ Aquila wrote. “Therefore, we must continue to lovingly speak the truth about the God-given dignity of every unique human life from conception until natural death, and we must increase our support of our archdiocesan and parish ministries that offer authentically compassionate care for women, their babies, and their families.”