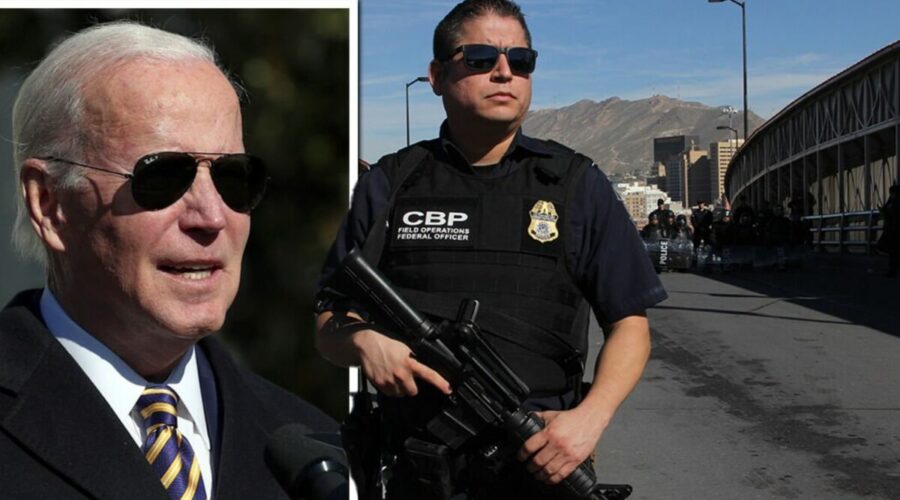 Kevin McCarthy, the leader of the Republicans in the House of Representatives, has sought to cement his position as the next Speaker with warnings of an impeachment inquiry into Joe Biden’s homeland security chief, Alejandro Mayorkas. It comes as the issue of the USA’s porous southern border continues to dominate US politics as one of the biggest issues outside the economic crisis.

The move follows speculation that Representative McCarthy may not get the votes required to be named Nancy Pelosi’s replacement as House Speaker.

For McCarthy to take the role, he needs a simple majority of all the House Representatives but the freedom caucus of MAGA (Make America Great Again) Republicans have raised question marks over whether they will back him.

By focusing on the immigration crisis, McCarthy will be hoping to unite the party on an issue dear to the heart of Donald Trump supporters – some of whom would like to nominate the former President as House Speaker.

McCarthy insisted that when the new Congress convenes in January, the Republican majority would use “the power of the purse and the power of the subpoena” to hold President Joe Biden’s administration accountable for border security.

At a press conference in El Paso, Texas, he said: “If Secretary Mayorkas does not resign, House Republicans will investigate every order, every action and every failure to determine whether we can begin an impeachment inquiry.

“This investigation could lead to an impeachment inquiry.”

The problem of the Mexico border has mirrored issues in the UK with thousands of migrants crossing the English Channel apparently uncontrolled on small boats.

Florida governor Ron DeSantis, who won a massive majority in the midterms and is seen as Trump’s main rival for the Republican nomination, at one point started sending migrants away to be housed in Democrat run states.

In a pre-election poll by the Washington DC based Democracy Institute for Express.co.uk, 63 percent surveyed said they were angry about the migrant crisis in the US.

The issue came fourth in the top issues of concern on 11 percent, the highest outside economic problems and crime.

Standing with fellow House Republicans mostly from Texas, McCarthy said he had spoken with the incoming chairmen of the relevant investigatory committees and given his “full support” to Rep. Jim Jordan, at the Judiciary Committee, and Rep. James Comer, at the Oversight Committee, to open investigations.

It comes as McCarthy is one of the so-called “establishment Republicans” who MAGA supporters are blaming for the much worse than expected midterm results where the GOP failed to take the Senate and only made small gains in the House.

In turn, establishment Republicans are trying to blame Trump and MAGA supporters for the failures, arguing that they turned off voters.

But the split has left McCarthy in a more precarious position than he had anticipated and early action on the migration crisis will win over Trump supporters.

Mr Trump had promised to build a wall on the Mexican border and force Mexico to pay for it, but progress was held up by the Democrats who controlled spending decisions with their previous majority in the House of Representatives.

DON’T MISS
Trump breaks silence on rejoining Twitter after his account restored [REVEAL]
‘Trump 2.0 can Make America Great Again’ [INSIGHT]
‘President Trump will be back in White House by 2024, all signs show’ [REACT]

McCarthy raised the stakes by saying he expects Mayorkas’ resignation by January 3, when the new Congress convenes. Investigations would begin on day one, he said.

“Enough is enough,” he warned.

Republican representatives also pledged to hold public hearings at the border to highlight the security concerns.

Florida Representative Kat Cammack, a Trump supporter who joined protests at the border, said: “Alejando Mayorkas must resign and if he doesn’t we will make him.”

The issue is also an embarrassment for the Biden administration, with Vice President Kamala Harris put directly in charge of tackling the border crisis.