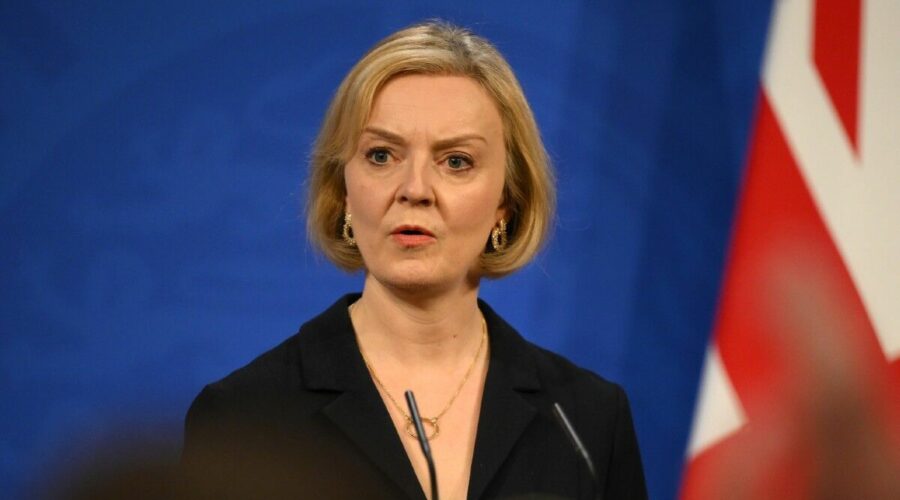 Rebels in the Conservative Party have been urged to “pause” their war on Liz Truss, with a Tory MP warning that “there will be huge recriminations” for their actions. This comes as the Prime Minister is facing a fierce battle to regain the confidence and support of her MPs. Ms Truss, who has only been in office for 50 days, has seen plummeting approval ratings and has faced numerous calls to resign from within her own party.

But speaking to Express.co.uk, one Tory MP warned: “There will be huge recriminations against those people for what they’ve done.

“They would be wise to pause.”

Earlier this week, deputy chair of the 1922 Committee of Backbench MPs William Wragg said he had submitted a letter of no confidence in the Prime Minister.

Meanwhile, Tory MPs Crispin Blunt, Andrew Bridgen and Jamie Wallis have all publicly stated they believe she should resign.

More than 100 MPs in total are reportedly ready to submit letters of no confidence in the Prime Minister.

Sir Graham Brady, Chair of the 1922 Committee, is currently meeting with Ms Truss in the House of Commons.

Express.co.uk understands that there was no meeting scheduled with Sir Graham in the Number 10 diary today, prompting speculation he could be entering to speak to her about the scale of the Tory coup.

It comes as the number of Tory MPs calling for Prime Minister Liz Truss to resign has doubled to 14 in a matter of hours.

Tensions erupted within Government when Ms Truss sacked former Chancellor Kwasi Kwarteng and replaced him with Jeremy Hunt, who axed “almost all” tax cuts promised in her leadership bid less than a month after the mini-budget was unveiled.

Despite the unrest, it is unclear who would replace Ms Truss.

When asked who the would be able to unite the party if the Prime Minister were to resign, a Tory MP told the Express: “I don’t believe he or she exists. It all looks apocryphal.”

“[The party] cannot agree either on the process or the replacement”.