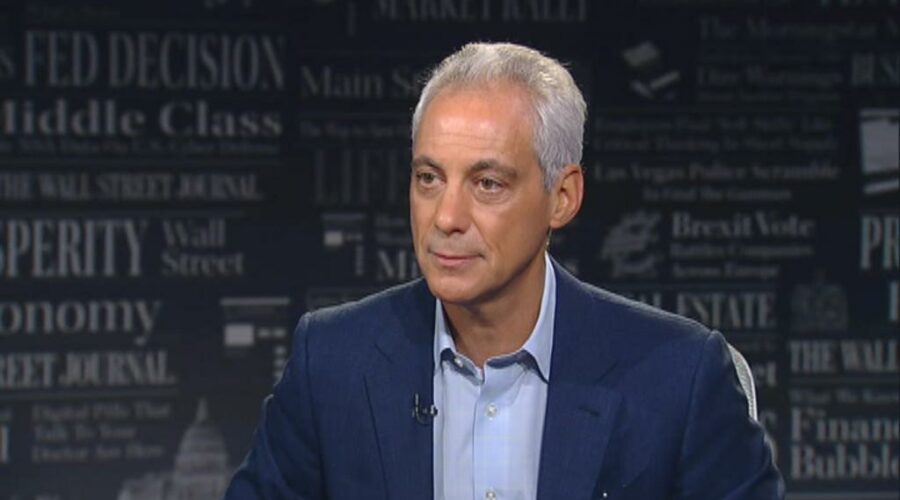 Former Chicago Mayor Rahm Emanuel, whose nomination to become U.S. ambassador to Japan has outraged progressives, raked in millions of dollars since leaving office more than two years ago.

According to his financial disclosure report filed last week, Emanuel has received more than $310,000 from ABC News, where he has been a news contributor since June 2019, when he joined the network one month after leaving office.

During the same period, Emanuel earned more than $12 million as a senior counselor at Centerview Partners investment firm and brought in $700,000 in consulting fees at the Chicago-based Wicklow Capital, according to the disclosure.

The former mayor also received a $77,500 advance from Alfred A. Knopf publishing house to write his 2020 book, "The Nation City: Why Mayors Are Now Running the World," according to the disclosure.

Emanuel, a Democrat, served as a congressman from Illinois from 2003 to 2009, the White House chief of staff for President Obama from 2009 to 2010, and mayor of Chicago from 2011 to 2019. Last month, he was picked by President Biden to serve as the U.S. ambassador to Japan, but is facing the same controversy that led him to withdraw his bid for a third term as mayor.

Emanuel was accused of engaging in a coverup to bury police camera footage after the 2014 officer-involved shooting of a Black teenager, Laquan McDonald, which resulted in a $5 million settlement with McDonald's family and the second-degree murder conviction of former police officer Jason Van Dyke, who shot McDonald 16 times.

"This nomination is deeply shameful. As mayor of Chicago, Rahm Emanuel helped cover up the murder of Laquan McDonald – a mere teenager when he was shot 16 times in the back by a Chicago Police Officer," Ocasio-Cortez said in a statement. "This alone should be flatly disqualifying for any position of public trust, let alone representing the United States as an ambassador."

Rep. Cori Bush, D-Mo., said Emanuel should be disqualified from serving in "any public office" over his handling of McDonald’s death.

"As Black Americans, we find the Biden administration’s decision to nominate him not only professionally and politically indefensible, but personally offensive," she wrote in a joint statement with Rep. Mondaire Jones, D-N.Y., on Sept. 1.

Sen. Roy Blunt, R-Mo., told The Washington Post that Emanuel has been reaching out to Republicans in an effort to clinch his nomination in the evenly divided Senate. Blunt told the newspaper that he expects "several Republicans" to join him in voting for Emanuel's confirmation.