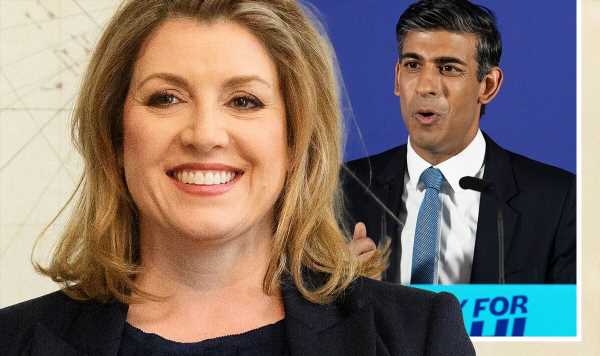 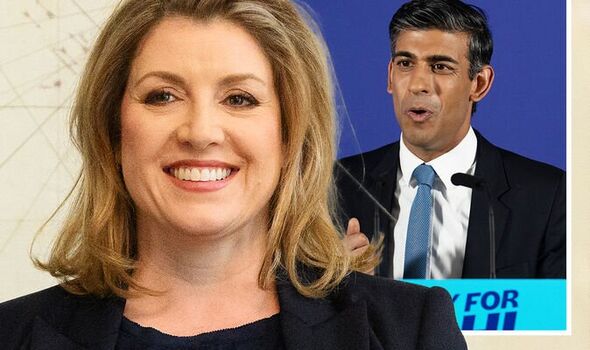 But Ms Mordaunt was also boosted by a YouGov poll suggesting she was the most popular candidate among the Tory grassroots, set to vote in the final run-off for the party crown. She was backed by 27 per cent of Tory members quizzed, compared with 13 per cent for Mr Sunak.

The YouGov poll also suggested that, in a final run-off for the top spot, Ms Mordaunt would bag 67 per cent of the grassroots’ vote against rival Mr Sunak, who is likely to score 28 per cent if up against her.

And the same poll found he would fare slightly worse against Ms Truss, with the former occupant of No11 getting 25 per cent of the vote, compared to Ms Truss’s 59 per cent if the pair went head-to-head.

Chancellor Nadhim Zahawi and former Health Secretary Jeremy Hunt crashed out after failing to hit the threshold of 30 votes set for the first round. Mr Hunt last night revealed he is now supporting the MPs’ frontrunner, as rival camps scrambled to win the supporters of the axed pair before the second ballot today.

He said: “I’m supporting Rishi Sunak. And that’s for two reasons. First of all, the big challenge we face now is economic, and this is someone of formidable ability, who has been thinking about the right thing to do for our economy, for families up and down the country, very hard over the last two years.

“But, in the end, it’s not about policy. I’ve been around long enough to know that politics is really about character. Rishi is one of the most decent, straight people, with the highest standards of integrity, that I have ever met in British politics and that’s why I would be proud to have him as my next Prime Minister.”

After Mr Sunak topped the first round poll, a spokeswoman for his campaign said: “Rishi has done well today because he is the candidate with the clearest plan to restore trust, rebuild the economy, reunite the country and he is best placed to beat Labour at the next election.” In a video last night, Ms Mordaunt kick-started her campaign by thanking supporters.

After a low-profile start with a focus on discreetly canvassing MPs, the former Defence Secretary and Navy reservist formally launched her bid at Westminster yesterday, only hours before the polling began.She told supporters she was the candidate that Labour “fears the most.” 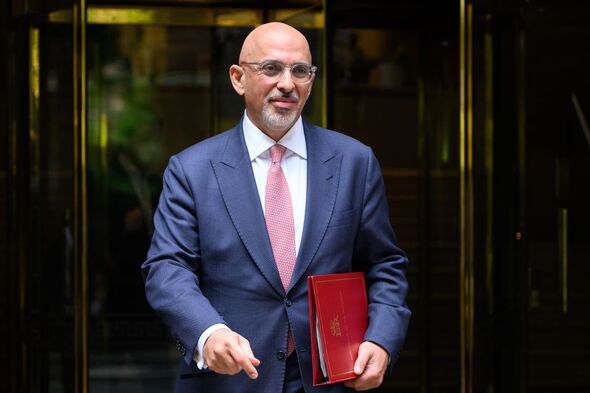 Allies of Ms Truss, who is being backed by Brexiteers including Jacob Rees-Mogg, insisted their choice could now become the “unity candidate”. Her spokeswoman said: “Now is the time for colleagues to unite behind the candidate who will cut taxes, deliver the real economic change we need from day one and ensure Putin loses in Ukraine.

“Liz has the experience to deliver the benefits of Brexit from day one, grow our economy and support working families.”

Former Tory leader Sir Iain Duncan Smith, who yesterday declared his support for Ms Truss, last night predicted votes will shift dramatically today. He said: “It’s much more difficult to be the leader of the pack than it is to come through the pack. And what you’ll see now, in the next round, is a lot of shifting of votes.”

Many MPs were taken by surprise by the relatively strong vote for Ms Badenoch, who is running on an anti-woke platform and has the backing of former Cabinet minister Michael Gove.

After the result was declared, she tweeted: “I am grateful that so many colleagues supported me this evening. To win the next election and deliver Conservative solutions to today’s problems, our party must stand as the party for change. I have the conviction, the courage and the clarity of thought to deliver that change.”

Attorney General Ms Braverman was understood to be determined to stay in the race despite only just clearing the minimum number of votes required to continue in the contest.

Sir Graham Brady, chairman of the 1922 Committee parliamentary group of the Conservative Party, had announced the results of the first ballot round in the leadership contest in the Houses of Parliament yesterday.

The six Tory MPs that secured the necessary backing now qualify for the second round of voting today. This group will be whittled down to a final two over the next two weeks following a series of votes.

Today’s voting will see the last placed candidate dropping out. On Sunday, there will be a televised debate between the remaining leadership contenders. The potential future prime ministers will then be questioned by the 1922 Committee next week.

There will be a third round of votes next Wednesday, with either one or two ballots depending on the number of candidates remaining.

Throughout the rest of July and into August, the remaining contenders will attend a series of events where they will be grilled on their leadership campaigns.

The UK should have a new Prime Minister by September 5 and appear in the Commons for their first PMQs two days later.