In the last Express.co.uk poll before tomorrow’s election readers unanimously pledged to back Boris Johnson and vote for the Conservative Party. The poll, carried out on December 11 between 10am and 6.15pm, asked: “Who will you vote for in the general election?” In total 12,050 people responded, with a huge 71.5 percent (8,619 readers) opting for Mr Johnson’s Conservatives.

The poll comes after the final YouGov MRP poll before the election revealed the Tories’ majority over Labour had been cut to just 28 seats – bringing the possibility of a hung Parliament within the margin of error.

Despite the YouGov MRP poll suggesting the Brexit Party will not win any seats because of its now slim candidate showing, Nigel Farage’s party were the second most popular with express.co.uk readers, with 15.7 percent of the vote (1,895 readers). 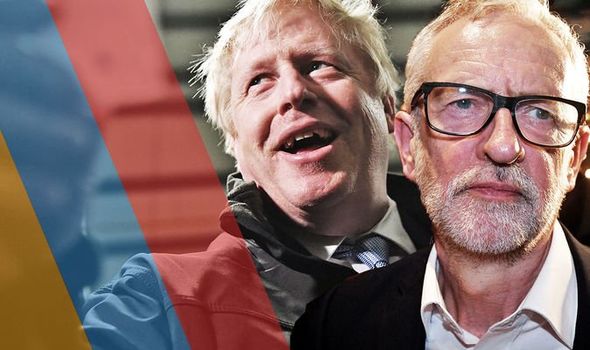 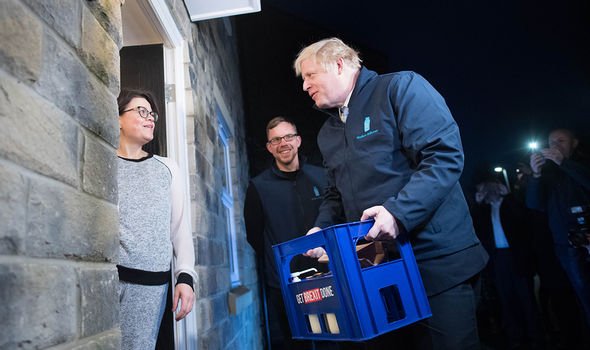 Express.co.uk readers are insistent they will vote for Mr Johnson and the Tories in tomorrow’s election because they are terrified of the “disaster” a Labour Government or hung Parliament could inflict on the country.

One reader wrote: “I hope that in real life, the Conservative vote improves. We need to leave the EU, and we need to prevent the disaster that a hung Parliament or a Labour Government would bring.”

Another urged Britons not to be “mesmerised” by Mr Corbyn’s “lies” but warned it may be “too late” before they realise the true extent of what they have voted for.

The reader wrote: “Dreading Corbyn and his motley bunch ending up in power. This country will be lost. 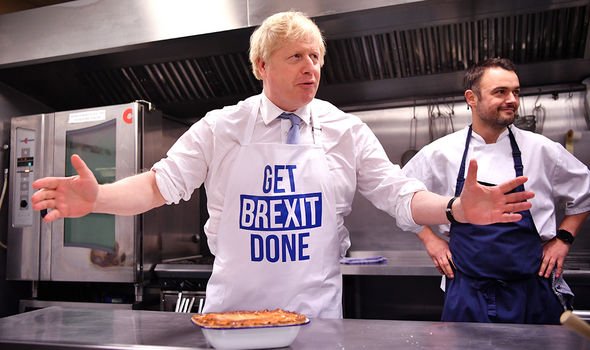 “Too many decent people are mesmerised by his lies. By the time they realise they have been duped, it will be too late.”

Readers also argued those planning to vote Labour are only doing so to prevent Brexit from happening.

One said: “Unless the Conservatives get in with a decent majority, we will never Leave the EU. This is our last chance to ensure we do. We won’t get another one”

Another reader wrote: “Most of those who vote Labour will be doing so as a tactical vote to prevent Johnson having an outright majority in the House of Commons, then being able to force through May’s EU deal with no real changes.

“Labour has no hope of winning under Corbyn.” 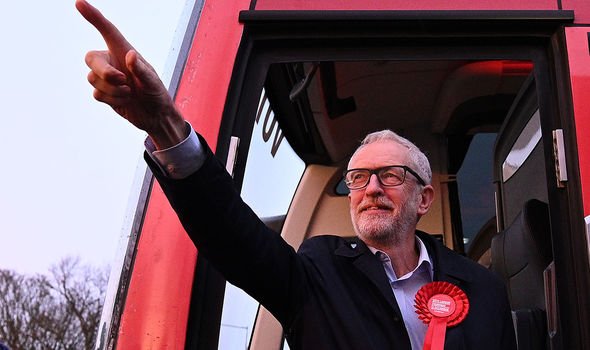 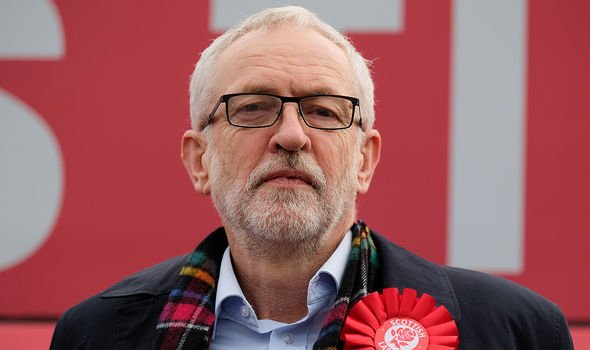 The Express.co.uk poll also revealed the Brexit Party could have gained significant support in tomorrow’s election had Mr Farage not stood down several hundred candidates across the country.

One said: “I am a lifelong Labour voter who is voting Tory reluctantly as the Brexit Party candidate has stood down in Gateshead.”

A second reader commented: “I would vote for the Brexit Party however we no longer have a candidate. The only choice here is Conservative.”

Last night’s YouGov MRP poll which questioned 100,000 people between December 4 and 10 showed the Conservative majority falling from 68 seats from the previous YouGov MRP poll on November 27. 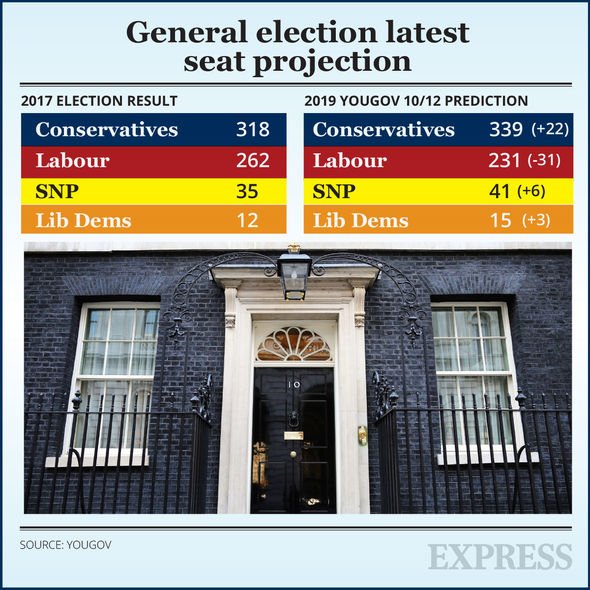 Labour is forecast to lose 31 seats from two years ago and end with a total of 231 – putting the party on course for its worst performance since 1983.

The Liberal Democrats would win 15 seats – three more than in 2017 – while the SNP would gain six for an overall total of 41. The Brexit Party would end on zero. 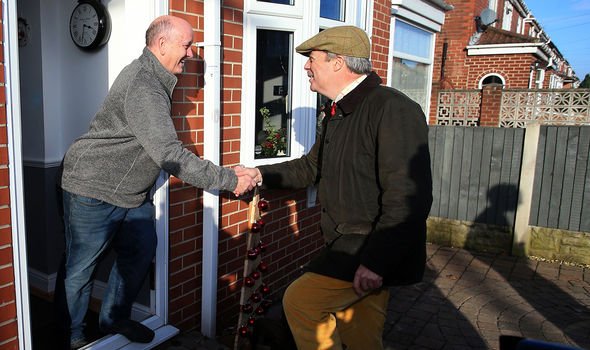 The Prime Minister was in Yorkshire where he emphasised key Tory pledges on investing in the NHS, investing billions of pounds in recruiting an additional 20,000 police officers and introducing a new immigration system.

Brexit remained a key topic as he insisted “unless we get out of this quicksand, our future as a country remains uncertain”.

Mr Corbyn began the day in Scotland before heading to north east England in a last-ditch attempt to keep traditional voters on side after the Tories targeted Leave-voting Labour seats.

He also stressed pledges on funding for the NHS, increasing free childcare and lowering transport fares, while also vowing: “Labour will get Brexit sorted – we will secure a good deal for working people, and give you the final say.”

December 11, 2019 Politics Comments Off on ‘Our last chance, has to be Boris!’ Readers vow to vote Tory to stop Labour ‘DISASTER’
World News