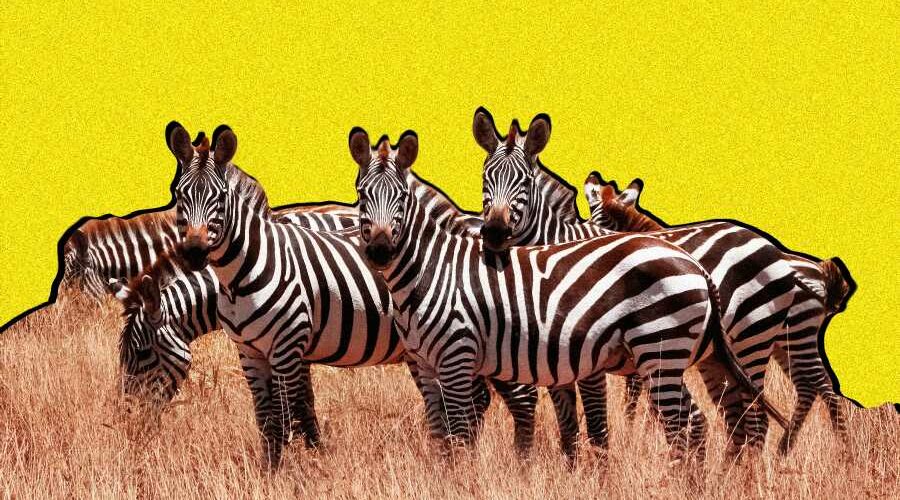 Don’t blame me for the escaped dazzle of zebras. That is the message Congresswoman Eleanor Holmes Norton (D-D.C.) sent out in a press release from her office on Friday claiming that she is not responsible for “letting loose the six zebras that have been on the run in the D.C. suburbs.”

News broke this week that five zebras escaped from a privately owned Prince George’s County, Md., farm and were seen running amok by numerous residents in the area, multiple outlets reported. Although it was initially reported that only three had escaped, that number was later updated to five by Wednesday, according to The Washington Post. But in Norton’s original statement, she said six zebras are “on the run.” What does she know that we don’t?

Teenage Disaster Is Making Good on His Dad's Musical Dreams

100 Best Sitcoms of All Time

Although Norton said that “the charges were made known when a member of the public noted that, historically, Norton has valued the principle of consent of the governed,” there does not appear to be any official accusation that she was involved in the zebras fleeing. Rather, Norton, a fierce advocate for D.C. statehood who serves the District in Congress as a delegate, appears to be using the escape to draw attention to the issue of representation for the District and her strong anti-fence stance after of barriers went up around the Capitol in the wake of the insurrection.

While this is an unconventional way of getting attention, it also draws attention to D.C.’s lack of full representation in Congress. A representative shouldn’t have to pull this kind of publicity stunt to bring awareness to an issue as important as ensuring the District’s residents have the same constitutional rights as other Americans. But when you can’t cast a meaningful ballot, you have to find other means.

That might explain why Norton is releasing a strangely worded “alibi” for an act nobody really thinks she committed: “I was enjoying quiet time at home with family,” she said of the time when local news reports suggest the zebras were released. “My alibi is solid, but given my career of fighting for statehood for the District, which includes years of explaining the importance of having consent of the governed, and given my recent opposition to fences, I can understand why the charge was made.”

“We should not entrench that distance further by placing intimidating barriers between ourselves as public servants and the people we serve, especially when such barriers are neither effective nor necessary,” Norton said.

Earlier this year, Norton ran a self-described “campaign against fencing off the Capitol” and even introduced a bill, the ‘No Fencing at the United States Capitol Complex Act’ in February of this year to oppose permanent fencing around the Capitol grounds. She said fencing would send an “un-American message.”

We see what you did here, congresswoman.