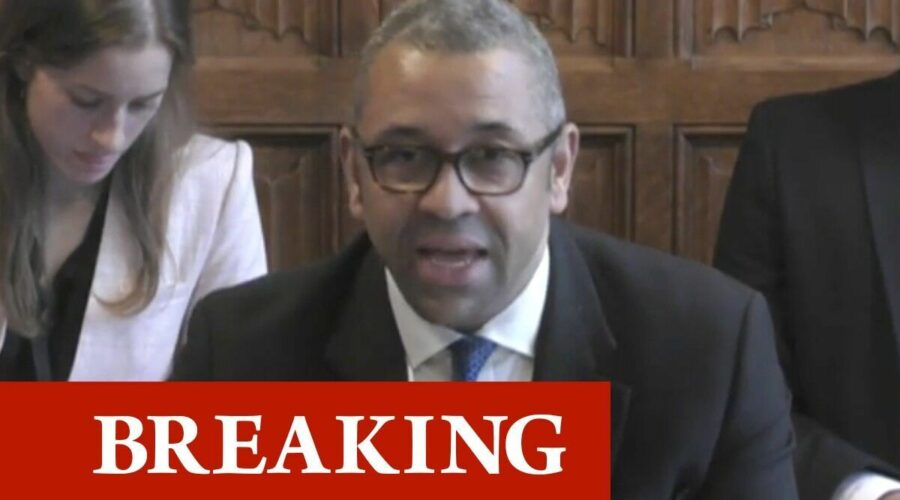 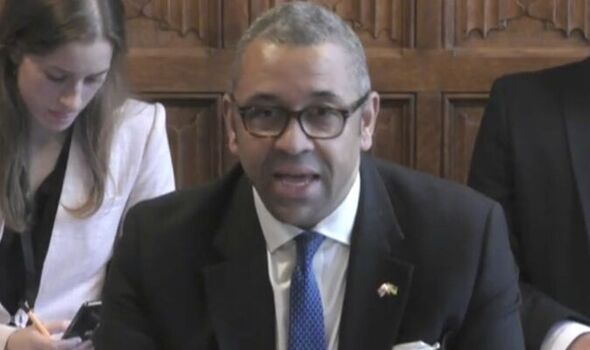 Speaking to MPs on a parliamentary committee, Ms Cleverly dashed any optimism of the UK securing a renegotiated agreement with Brussels.

After more than six months of talks on the frictions caused by the Northern Ireland Protocol, he admitted to the European Scrutiny Committee there had been little progress made.

Attacking member states, he blamed EU leaders for the lack of a breakthrough saying that while the bloc’s negotiator, Maros Sefcovic, appeared eager to do a deal, the mandate handed to him was making his job impossible.

Mr Cleverly told MPs: “The truth is that we have come to something of an impasse.

“And I don’t think that’s through a lack of goodwill, and I think it’s more through what we regard in the UK as an overly limited negotiating mandate.”

The minister said he still wished to reach a negotiated settlement with the EU over the Protocol but refused to deny claims that the Government is preparing legislation to overrule aspects of the deal.

Prime Minister Boris Johnson and Foreign Secretary Liz Truss have repeatedly warned they are willing to use Article 16 of the treaty, the legal means to suspend implementation of the deal, if a negotiated solution cannot be found.

The Protocol effectively keeps Northern Ireland in the EU’s single market, with the province forced to continue abiding by rules and regulations set in Brussels.

Unionists say the Protocol in its current form is undermining Northern Ireland’s place as a part of the UK.

As well as considering the use of Article 16, the Daily Express this morning revealed Mr Johnson is considering introducing new legislation that makes clear the EU has no legal right to impose checks on Northern Ireland.

At a private meeting with backbench MPs, Mr Johnson is understood to have agreed to look at a proposal to introduce a Bill that makes clear Northern Ireland is an integral part of the UK.

A briefing note from the meeting seen by the Daily Express called for “lawful, reasonable primary legislation” to “preserve the integrity of the UK.”

A source added: “It is important that the Prime Minister takes the opportunity to use the 80-seat majority he has for the benefit of the Union.

“The desire to preserve and strengthen the Union runs right across the Conservative Party – far deeper and more important than any differences on policy.”