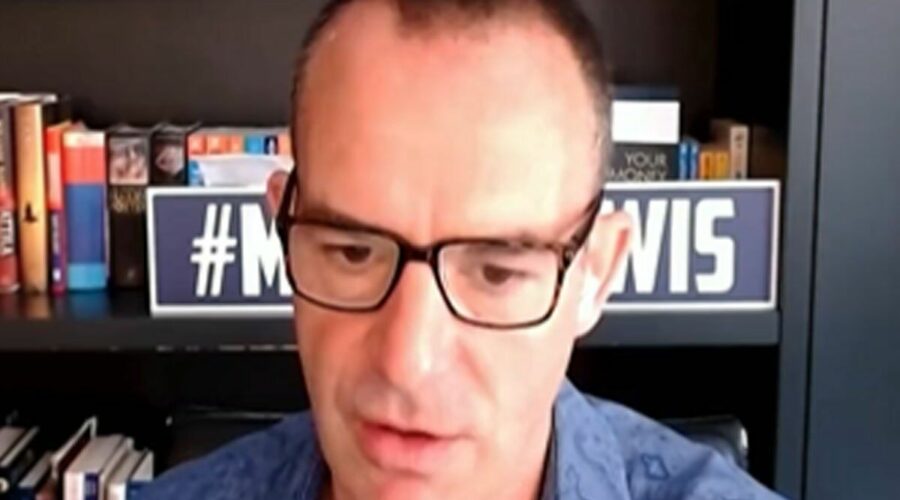 Martin Lewis revealed that he urged the Chairman of the 1922 Committee Graham Brady to not “take so long” choosing a new Prime Minister at the beginning of the Tory leadership race due to the looming cost of living crisis. He warned that the party has now “paid for it” and so will the country.

Speaking to LBC, Mr Lewis said: “I was everywhere saying we have to have an intervention, we need it.

“It was completely ignored during the leadership campaign.

“That period of zombie Government has a lot to answer for.”

It comes as Mr Lewis called on “somebody to get a grip on the economy” as he won the expert award at the National Television Awards,

The consumer champion admitted he was surprised to win the prize after being nominated against veteran broadcaster and environmentalist Sir David Attenborough, and also praised the other nominees, The Repair Shop’s Jay Blades and farming contractor Kaleb Cooper.

Collecting his prize at the ceremony at London’s OVO Wembley Arena, Lewis said: “It’s been a pretty horrible year financially.

“I mean, the energy crisis has been disastrous and left many people with terrible issues and mental health problems.

“I’m afraid the next year, with the mortgage problem and the knock-on to rent, is going to be pretty bad. And you know what? We need somebody to get a grip on the economy and put things a little bit back.”

Ms Truss is battling to save her premiership as Chancellor Jeremy Hunt warned “eye-wateringly difficult” decisions were needed as he tore up her economic strategy.

Mr Hunt scaled back the energy support package and ditched “almost all” the tax cuts announced by his predecessor Kwasi Kwarteng less than a month ago as he tried to restore economic stability following weeks of turmoil on the financial markets.

Ms Truss became Prime Minister after winning the Tory leadership contest on the back of promises to dramatically cut tax, and the wholesale abandonment of the policies has left her fighting for her job after just six weeks.

She sat next to her new Chancellor in the Commons as he ditched huge chunks of her plan.

The Government had already abandoned plans to scrap the 45p rate of income tax for top earners and had U-turned over a promise not to increase corporation tax.

The changes dramatically cut the cost of Mr Kwarteng’s £45 billion tax giveaway – reducing it by around £32 billion.

Mr Hunt told MPs: “We are a country that funds our promises and pays our debts and when that is questioned – as it has been – this Government will take the difficult decisions necessary to ensure there is trust and confidence in our national finances.

“That means decisions of eye-watering difficulty.”