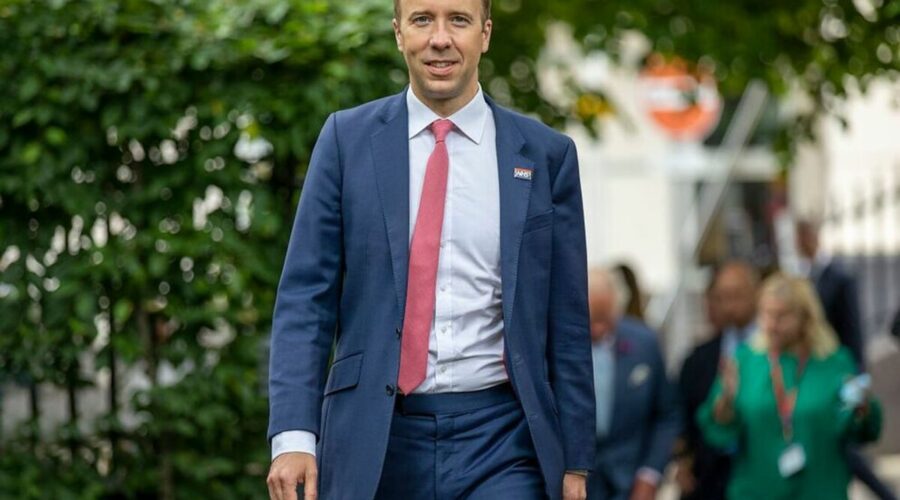 Commons Speaker Sir Lindsay Hoyle took a swipe at former Health Secretary Matt Hancock over his appearance on I’m a Celebrity… Get Me Out of Here! The Speaker was in conversation with Sky News Political Editor Beth Rigby when he shared some strong words against the former health secretary.

He said: “Would I do it? I’m a member of parliament, am I going to go running around a jungle eating kangaroo’s testicles? Absolutely not.

But he said ultimately it is not what he thinks about the decision, it is what Mr Hancock’s constituents think as “they’re the people who matter”.

He said: “He’ll come back and he’ll have to answer to his constituents.

“He’s made that decision and his constituents will make their voice heard, they’ll let him know what they think.”

Mr Hancock was suspended from the Tory parliamentary party after he revealed this week that he will be appearing on I’m a Celebrity… Get Me Out of Here!

Justifying the decision to go on the ITV reality show, an ally of Mr Hancock said: “There are many ways to do the job of being an MP.

“Whether he’s in camp for one day or three weeks, there are very few places people will be able to see a politician as they really are.

“Where better to show the human side of those who make these decisions than with the most watched programme on TV?”

A petition calling on ITV to remove Mr Hancock from the line-up has had over 30,000 signatures.

Mr Hancock was forced to quit as health secretary in June 2021 after breaking coronavirus social distancing rules by conducting an affair in his ministerial office with aide Gina Coladangelo.

But his decision to enter the jungle drew criticism from political opponents, union chiefs and campaigners.

The campaign group Covid-19 Bereaved Families for Justice called Mr Hancock’s decision “sickening”, and urged ITV to remove him from the programme.

The group tweeted: “Matt Hancock isn’t a ‘celebrity’, he’s the former health secretary who oversaw the UK having one of the highest death tolls in the world from Covid-19 whilst breaking his own lockdown rules.”

Lobby Akinnola, from the Covid-19 Bereaved Families for Justice campaign, said: “The fact that he is trying to cash in on his terrible legacy, rather than showing some humility or seeking to reflect on the appalling consequences of his time in Government, says it all about the sort of person he is.”

In Mr Hancock’s constituency, Andy Drummond, deputy chairman (political) of West Suffolk Conservative Association, said: “I’m looking forward to him eating a kangaroo’s penis. Quote me. You can quote me that.”