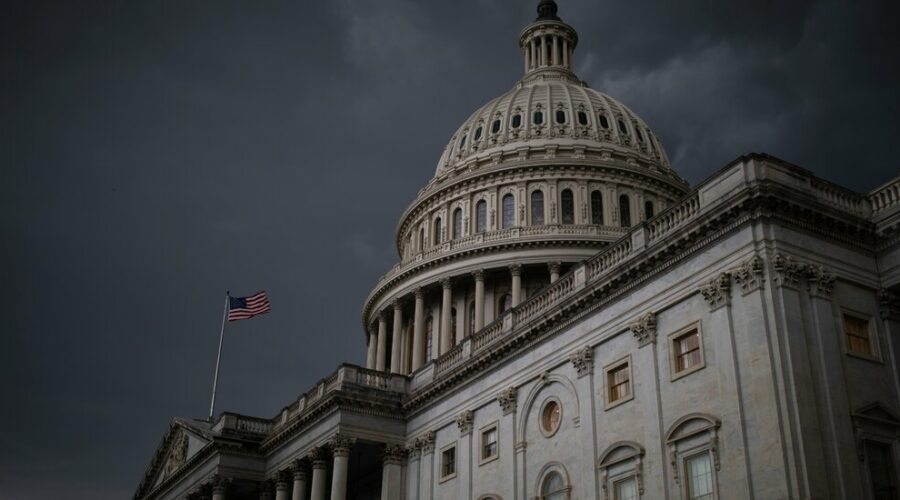 The Census Bureau will release long-awaited district-level results on Thursday, setting off what is expected to be the most bruising, litigious and consequential redistricting battle in a generation, with control of Congress hanging in the balance and gerrymandering threatening to lock in quasi-permanent majorities in state legislatures across the country.

With Democrats clinging to a slim margin in the House of Representatives, control of the chamber in 2022 could be decided through congressional redistricting alone: Republican-leaning states like Texas and Florida are adding new seats through reapportionment, and G.O.P.-dominated state legislatures will steer much more of the redistricting process, allowing them to draw more maps than Democrats.

In a matter of days — if history is any guide — as soon as state officials can crunch census data files into their more modern formats, an intense process of mapmaking, political contention, legal wrangling, well-financed opinion-shaping and ornery public feedback will unfold in statehouses, courthouses, on the air and even in regions of special contention.

The redistricting fight arrives amid one of the most protracted assaults on voting access since the Voting Rights Act was passed in 1965, an effort that has made the right to vote among the most divisive issues in American politics. And redistricting will take place this fall without critical guardrails that the Voting Rights Act had erected: a process known as preclearance that ensured oversight of states with a history of discrimination. The Supreme Court effectively neutered that provision in a 2013 ruling, meaning that it could take lawsuits — and years — to force the redrawing of districts that dilute the voting power of minority communities.

The looming nationwide struggle over congressional and state legislative maps will also occur on an extraordinarily accelerated timeline. The necessary census data is arriving months later than normal because of pandemic-related delays, leaving state legislatures, independent commissions and others responsible for drawing new maps to work extremely quickly to establish new districts before primary contests begin next year.

The compressed schedule has already led to some pre-emptive lawsuits, mostly filed by Democrats, even before any maps were drawn. The two parties and allied outside groups have set aside tens of millions of dollars to pay for legal challenges.

“For both parties, redistricting is like an amped-up war this cycle,” said Michael Li, a senior counsel for the Democracy Program at the Brennan Center for Justice. “Whatever it takes, people will do.”

Despite the pressure to hurry, it could be September before mapmakers are able to give much indication of how new districts are shaping up, further ratcheting up the pressure on states with constitutional mandates to finish redistricting this calendar year.

In the decade since the last round of map-drawing, two Supreme Court decisions have altered the landscape for Democrats, voting-rights groups and civil rights leaders in pushing back against what they deem egregious gerrymandering.

In 2019, the high court ruled that gerrymandering for partisan gain was beyond the reach of federal courts, leaving such claims to be argued at the state level. Gerrymandering to dilute minority voting power is still illegal under Section 2 of the Voting Rights Act, but experts worry that now it could be possible to disguise a racial gerrymander as a partisan one.

More concerning for voting rights groups was the 2013 ruling’s removal of the preclearance requirement in Section 5 of the Voting Rights Act. While preclearance scarcely prevented all gerrymandering, experts argue that it created a deterrent and that its absence this year opens the door to abuse.

“I am up late at night often, unable to sleep, pondering how bad or how aggressive some of those states might be in undoing the protections that were granted from Section 5 that no longer are in effect,” said Jonathan Cervas, a postdoctoral fellow at Carnegie Mellon University who studies gerrymandering. “And I can imagine that a particularly aggressive legislature, where it benefits them, may not draw minority districts.”

As Republican maps are drawn, Democratic and civil rights watchdogs will especially scrutinize them for two gerrymandering tactics commonly known as cracking and packing. Cracking splits a minority community into many different districts to water down its impact, and is often a fear in cities. Packing combines many minority voters into a single district, diluting their overall voice in a state, and is more commonly tried in rural areas.

While diluting the votes of minority communities remains illegal, Mr. Cervas said that without preclearance, such tactics could be used anyway, and that the resulting legal challenges were increasingly unlikely to be resolved in time to affect the 2022 elections.

Kelly Ward Burton, the group’s president, said it was not about to wait. “If and when they gerrymander, which we expect them to, we will be ready to sue them,” she said. “We will use all of the legal tools at our disposal, which is everything from federal litigation to state-based litigation based on state law.”

Ms. Ward Burton said her group was particularly focused on Texas, Georgia, Florida and North Carolina, which together account for about 21 percent of House seats and where Republicans control the entire redistricting process.

A spokeswoman for the National Republican Redistricting Trust, the party’s main mapmaking organization, declined to comment. But Adam Kincaid, the group’s executive director, said in an interview this year that it would be “defending maps drawn by Republican legislatures and also being more aggressive about going after Democrat gerrymanders in the blue states.”

Democrats failed to make significant gains in state legislative contests last year, leaving Republicans with complete control over the redistricting process in 20 states. Democrats control the process in just 10 states, and there are divided governments in four. The rest rely on nonpartisan or bipartisan entities to draw political maps, or only have one congressional district in the state.

A first major skirmish could come in Texas, a state formerly subject to preclearance, where Republicans control both chambers of the Legislature and the governor’s office and have pledged to call a special legislative session to work on redistricting.

Texas has a long history of discrimination in its map drawing, and as recently as 2017, two congressional districts were invalidated by a federal court for diluting minority votes. The Legislature is also in a partisan standoff over legislation that would usher in a host of new restrictions on voting.

Edward B. Foley, an election law professor at Ohio State University, called the Texas voting curbs “noxious” but warned that “redistricting in Texas is going to be more consequential in terms of who holds political power.”

While Democratic legislatures have not gerrymandered as successfully as Republican ones in recent years, there are exceptions: Maryland, for example, is among the most gerrymandered states in the country, according to a 2014 study by The Washington Post.

Democrats could also try to counter Republican gerrymandering with more partisan maps in the states that they fully control. “The question is whether or not in New York, in Illinois, the Democrats are going to kind of fight fire with fire,” Mr. Foley said.

In the 2010 redistricting cycle, Republicans capitalized on big legislative gains by drawing hugely favorable maps in a number of states, The Associated Press found, allowing them to win more House and legislative seats than their share of those states’ electorates would indicate.

Today, many congressional districts that are not remotely competitive exist in states with razor-thin statewide partisan margins. In Georgia, where President Biden won by less than 0.25 percent, the average margin of the elections for its 14 House seats was roughly 33 percentage points, Mr. Foley said. Four of those races had margins greater than 50 points, and just two were within 10 points.

Critics of gerrymandering point to glimmers of hope: Political maps are already extremely gerrymandered, making it difficult to increase their partisan tilts. Some states that drew extensively gerrymandered maps, including Wisconsin and Pennsylvania, now have divided government; others, like Michigan, have adopted independent redistricting commissions.

It is also at least still theoretically possible that Democrats in Congress will overcome Republican opposition and pass the For the People Act, which has some protections against excessive partisan gerrymandering, including new enforceable criteria as a way to short-circuit protracted litigation.

Before dawn on Wednesday, however, Senate Republicans again blocked Democratic attempts to debate a version of that legislation. Then the Senate adjourned for its August recess.