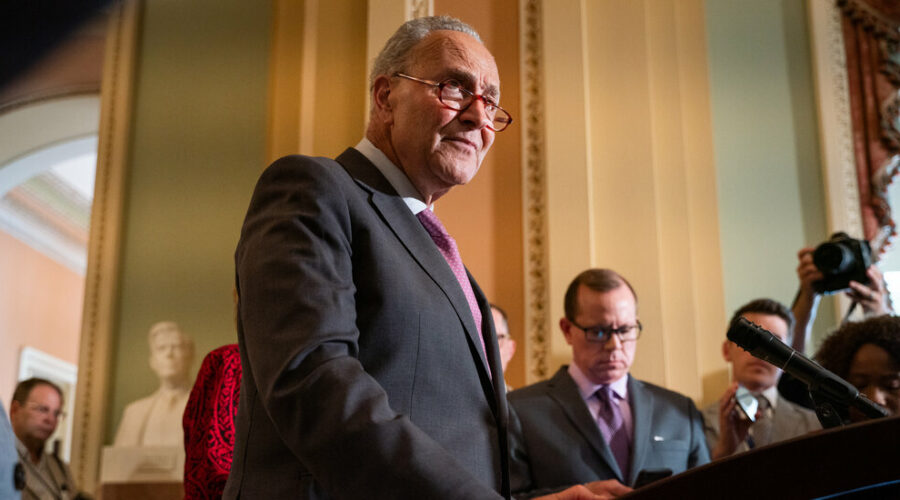 Democratic leaders want a Senate vote on a major infrastructure bill as soon as next week, but Republicans are struggling to deliver the 10 votes needed to beat a filibuster. 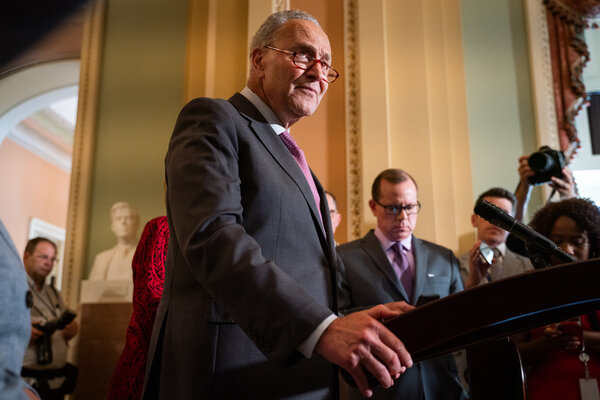 WASHINGTON — Republican supporters of a bipartisan infrastructure deal, rushing to lay the groundwork for a Senate vote as early as next week, have found themselves hung up on a familiar issue: how to pay for the hundreds of billions of dollars in new spending.

As lawmakers toil to turn a broad infrastructure outline into detailed legislation, the problem of the so-called pay-fors — which has plagued the bipartisan group behind the framework from the start — has only become thornier. Now, they are bracing for the Congressional Budget Office, the nonpartisan congressional scorekeeper, to rule that the revenue increases they agreed to in June will not add up to enough money to cover the nearly $600 billion for roads, bridges, rail and broadband included in their plan.

Making their job even tougher, conservative groups have begun a pressure campaign to scuttle a key revenue-raiser: a crackdown on tax cheats by the Internal Revenue Service that proponents say could produce as much as $100 billion to help pay for the plan.

“This is going to be a real vulnerability, now until Election Day,” Grover Norquist, the head of Americans for Tax Reform and a veteran conservative activist, said about the I.R.S. provision. “If you put your fingerprints on ‘audit more,’ everyone who gets audited, fairly or unfairly, is going to think, ‘You did this to me.’ Your fingerprints are on the murder weapon.”

His stance reflects a dilemma for Republicans caught between two of their most vital constituencies: antitax activists, who fiercely oppose the financing mechanism, and business groups, which have pushed hard for a bipartisan infrastructure deal.

The divide underscores how the plan, while broadly popular, could still be derailed by the struggle to pay for it.

“There’s still work to be done,” said Senator Mitt Romney, Republican of Utah and one of the bipartisan negotiators, who acknowledged that the budget office might discount some of the provisions. He added, “We’ll keep on working until we get there.”

In a meeting on Tuesday, the bipartisan group of negotiators and a group of allied Republicans and Democrats resolved to work through the outstanding issues by Thursday. (Senator Jeanne Shaheen, Democrat of New Hampshire and one of the negotiators, said, “We’re just going to extend the deadline” should they fall short.)

“It’s kind of like coming back to school after you’ve been out for a few weeks — you have to catch up on what everybody has been doing, and you’ve got to move on it quick,” said Senator Lisa Murkowski, Republican of Alaska and a member of the bipartisan group.

Even as the financing dilemma threatened to scuttle the agreement, administration officials expressed confidence in the plan’s legislative prospects. “The differences the bipartisan deal would make — cutting traffic jams, connecting every American to broadband, and stopping our children from drinking poisoned water — are obviously worth asking extraordinarily wealthy tax cheats to stop breaking the law at everyone else’s expense,” said Andrew Bates, a deputy White House press secretary.

14/07/2021 Politics Comments Off on Lawmakers Grapple Nagging Infrastructure Detail: How to Pay for It
Markets