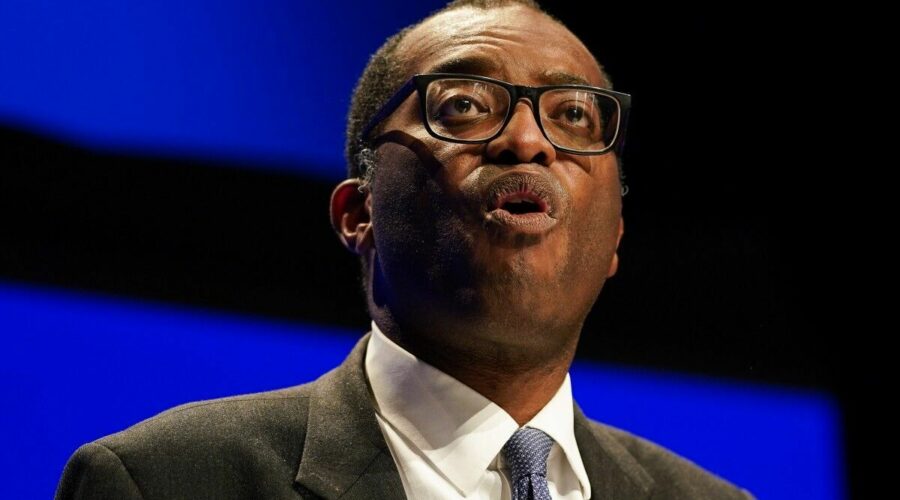 Liz Truss and Kwasi Kwarteng’s mini-budget cost Britain an eye-watering £74billion, the head of the UK’s debt management office has said. Robert Stheeman, who is in charge of overseeing the UK’s £2.1trillion Government bond market, echoed recent comments from the Bank of England that his office was not fully briefed before the former PM and the ex-Chancellor’s economic blueprint was unveiled last month sparking chaos with its unfunded tax cuts.

Mr Stheeman told the Treasury Committee that his office was given around 10 days to a fortnight to come up with a number for debt financing.

He told MPs: “We normally have more warning before fiscal events.

“There are normally discussions between the Treasury and the Office for Budget Responsibility (OBR) to work out exactly what the costings of any measures are, and the number that we are given derives from those discussions.

“In this case, we were given a specific number, but the entire timetable to design a significantly different remit was compressed.”

He said that the office’s overall financing requirement increased from just over £160billion to £234billion, which he admitted was “not an insubstantial amount”.

The majority of the measures have since been scrapped by Jeremy Hunt, who was parachuted into Number 11 following Mr Kwarteng’s sacking after weeks of economic turmoil.

But Mr Stheeman said that his office’s current finance requirements are “still very much that which was announced on September 23” despite the U-turns.

He said: “I am confident that we will meet that. But I am not saying that it is going to be easy.

“The market is clearly stressed, and I don’t think we should pretend otherwise.”

Last month, the deputy governor of the Bank of England, Jon Cunliffe, admitted that there was a clear UK-specific element to recent market volatility, rather than tying it up with a downturn across global economies.

And Mr Stheeman echoed the sentiment on Wednesday, confirming that the gilt market turbulence, which sparked a costly intervention from the Bank of England, was an issue that started at home.

He said: “We have to acknowledge that quite clearly UK influences were prevalent, without a shadow of doubt.

“We saw that because the volatility in yields exceeded by a very large margin the volatility that you would have seen in the US treasury market or the European bond market.

“I do want to be very clear that what we saw in the gilt market was clearly the impact of a UK-specific situation.”