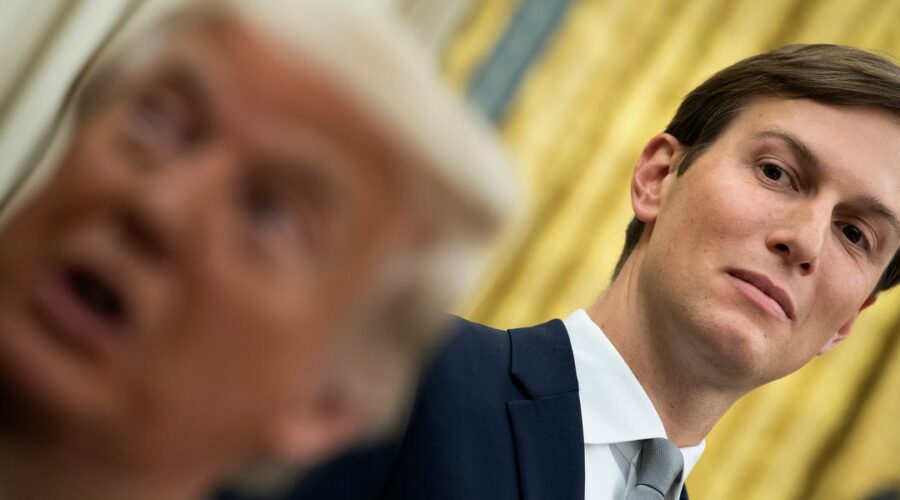 Jared Kushner, the son-in-law of former President Donald Trump and a former White House senior advisor, has reportedly told some of Trump’s closest advisors that he wants “a simpler relationship” with the former president, according to The New York Times.

While former Trump campaign managers Bill Stepien and Brad Parscale are still tied into Trumpworld, Kushner, who is married to the former president’s oldest daughter, Ivanka, has stepped back.

According to The Times, Kushner “wants to focus on writing his book and establishing a simpler relationship” with the former president.

With Kushner out of the spotlight, Donald Trump Jr., the president’s oldest son, has become the most politically-active member of the family in the former president’s orbit at the moment.

The news would confirm a new trajectory for Kushner, who was intimately involved in a myriad of legislative and political initiatives in the Trump years, from engaging in peace talks in the Middle East to aiding the president’s reelection campaign.

It also comes on the heels of a CNN report from March where several sources said that Kushner was “tapped out” from the political world as Trump was emerging from his Mar-a-Lago resort to speak at this year’s Conservative Political Action Conference (CPAC) in Florida.

Read more: We identified the 125 people and institutions most responsible for Donald Trump’s rise to power and his norm-busting behavior that tested the boundaries of the US government and its institutions

Just last year, Kushner was one of the most prolific advisors in Trump’s orbit, with the former president lauding him as “my star” during a roundtable on policing reform.

During the event, Kushner praised law-enforcement officials for “coming together to fix” policing after hearing the “cries from the community.”

“Hopefully at this time where there’s a lot of people in the country who are feeling different pain and feeling different concerns, law enforcement can be a leader in coming together and helping us work towards bringing solutions that could bring this country forward,” Kushner said at the time.

Kushner has kept a relatively low profile since Trump left the White House in January.

That same month, The Wall Street Journal reported that Kushner and his wife were renting a Miami beach condo following their $32 million purchase of a plot of land for a new home on Indian Creek, a private island in Miami-Dade County.

05/06/2021 Politics Comments Off on Jared Kushner reportedly wants 'a simpler relationship' with Trump and has 'mostly dropped out' of orbit of ex-campaign advisors: NYT
Markets