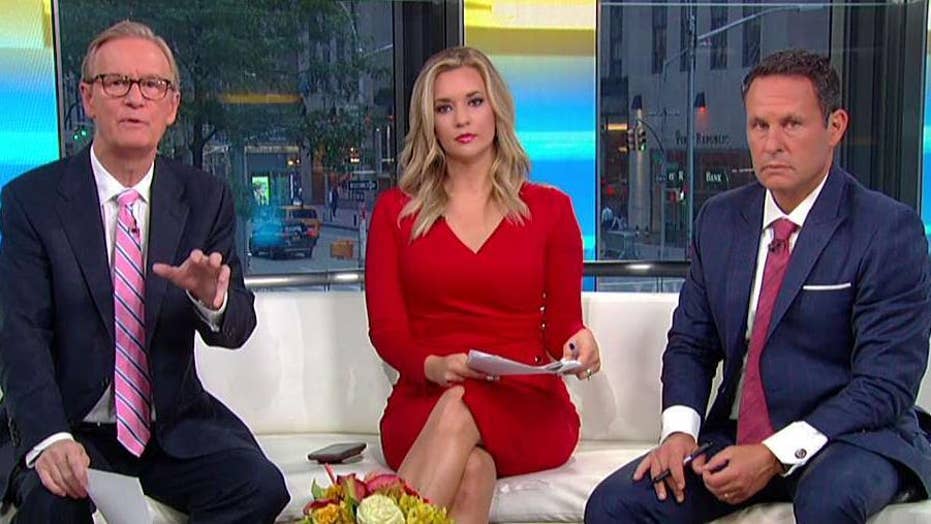 Rep. Omar called out by son of 9/11 victim during memorial ceremony

‘Squad’ member Rep. Ilhan Omar is called out for her ‘some people did something’ comment.

Rep. Ilhan Omar, reacting to outrage over a resurfaced video in which she appeared to compare migrant detention centers to the slave trade, said Sunday she’s “controversial” only because “people seem to want the controversy.”

The Minnesota Democrat’s comments came during an appearance on CBS News’ “Face the Nation” with Margaret Brennan. Asked whether Omar was indeed making that comparison in the video, Omar said, “I’m only controversial because people seem to want the controversy.”

The video, shared by a Republican National Committee Twitter account Saturday, featured Omar speaking to a group about her recent trip to Ghana. She discussed visiting a 400-year-old dungeon where Africans were held captive and separated by gender.

Still, Omar insisted later that she meant for the two comparisons to be treated separately.

“There is always an implied intent with every conversation I have,” she said, “and if you listen to the video, one comparison of what the dungeons looked like and people being sold was to what’s happening in North Africa, and the other one was of family separations.”

Omar continued, “And, of course, we obviously have a crisis here with our family separation policies.”

Asked whether her comments were a direct attack on U.S. border agents, she said: “Absolutely not.”