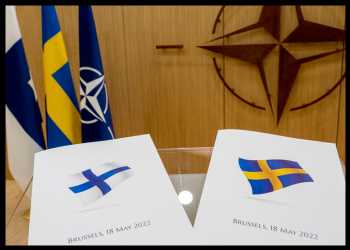 Hungarian Prime Minister Viktor Orban has said that the country’s Parliament will ratify Sweden and Finland’s NATO membership bid in its first session in 2023.

It was doubtful if Orban, an authoritarian leader and longtime Russian ally, would move in favor of the two Baltic countries’ aspirations to join the defense alliance.

“Hungary is supporting the NATO membership of Finland and Sweden, and that Parliament will also be placing the issue on its agenda at the first session of next year,” Orban said after a meeting with leaders of the Visegrad Group of central European nations in the Slovak city of Kosice. “The Swedes and the Finns have not lost a single minute because of Hungary so far, and they will not do so in future; Hungary will certainly be providing the support required for their accession,” added Orban, who was re-elected for a fourth consecutive term in April.

Turkey and Hungary are the only two nations among the 30 NATO members that have not yet ratified the instrument of ratification of Sweden and Finland’s Accession Protocols.

The North Atlantic Council’s approval of the applications for NATO membership requires ratification by the parliaments of all the countries of the 30-member bloc.

NATO leaders took a historic decision to invite Finland and Sweden to become members of the Alliance at their summit in Madrid in June.

The Protocols were signed on behalf of the United States and other Parties to the North Atlantic Treaty on July 5 in Brussels.

Article 10 of the North Atlantic Treaty, which outlines NATO’s Open Door policy, is part of the doctrinal foundation of the Alliance.

A potential expansion of the trans-Atlantic defense bloc with the addition of Sweden and Finland is seen as a big political challenge by Russian President Vladimir Putin as his war to conquer Ukraine grinds ahead.