The debate between Vice President Mike Pence and Kamala Harris will take place on Wednesday night from 9 to 10:30 p.m. Eastern. 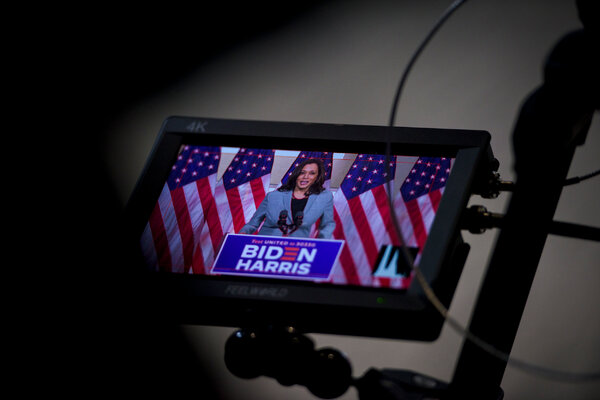 By The New York Times

The debate between Vice President Mike Pence and Kamala Harris takes place on Wednesday night from 9 to 10:30 p.m. Eastern. Here are some of the many ways you can watch it:

The Times will livestream the debate, and our reporters will provide commentary and analysis.

The debate will be televised on channels including ABC, CBS, NBC, CNN, C-SPAN, Fox News and MSNBC.

Many news outlets, including ABC, CBS, NBC, PBS, Fox News and C-SPAN, will stream the debate on YouTube.

The Roku Channel will carry streams from several news outlets.

The streaming network Newsy will carry the debate on several platforms.

Joseph R. Biden Jr. traveled to Gettysburg, in the swing state of Pennsylvania, to deliver a call for national unity amid a public health crisis. Read the latest updates.

Many rules have changed during the pandemic, making it harder to figure out how to cast your ballot. This interactive guide can help you ensure your vote is counted.

Keep Up With Our Coverage

Get an email recapping the day’s news