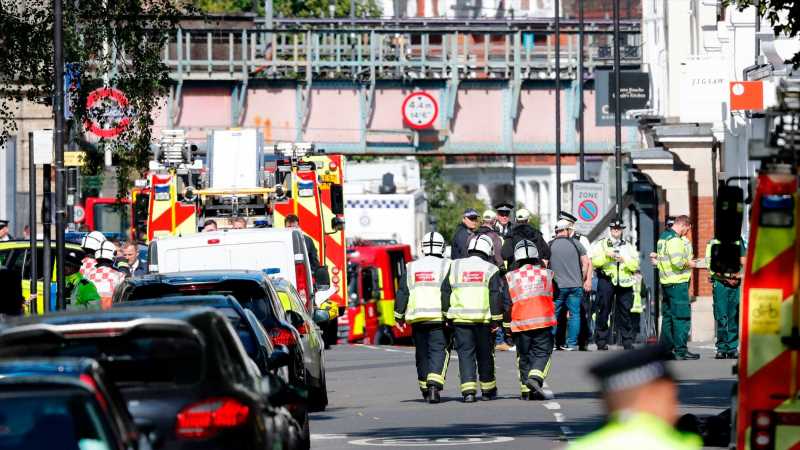 Threat levels are designed to give a broad indication of the likelihood of a terrorist attack.

There are five different threat levels, with the Joint Terrorism Analysis Centre (JTAC) responsible for deciding at which level the UK should sit. 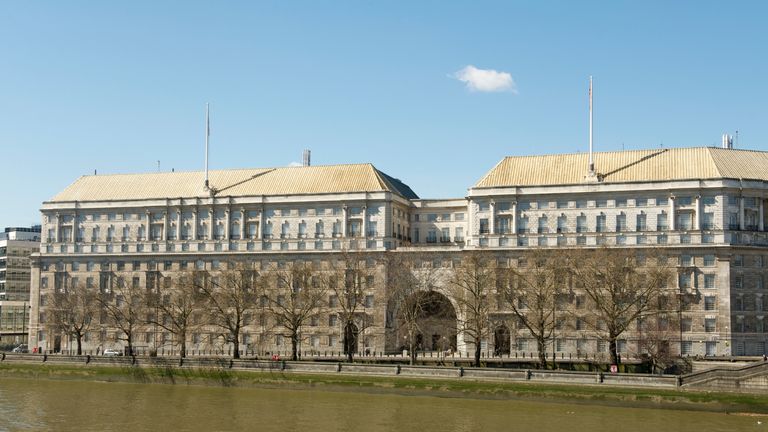 The five terror threat levels are:

• Low – an attack is highly unlikely

• Moderate – an attack is possible, but not likely

• Substantial – an attack is likely

• Critical – an attack is highly likely in the near future

It brings together counter-terror experts from the police, government and security agencies.

In deciding on the UK’s threat level, JTAC considers:

• The level and nature of current terrorist activity, in comparison with events in other countries and previous attacks 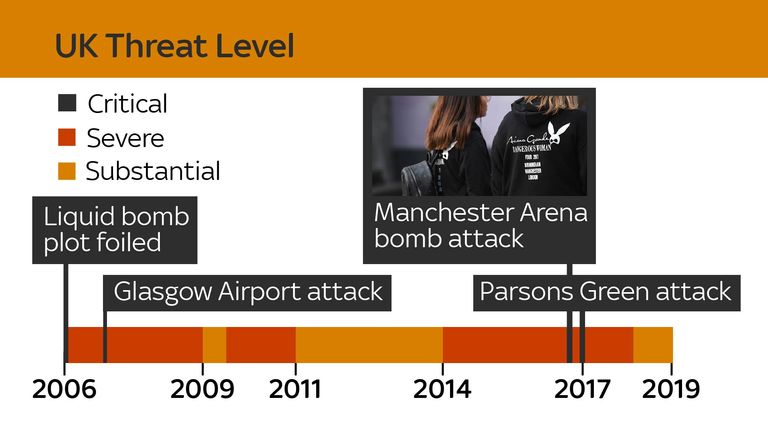 Prior to Monday’s move to raise the threat level to “severe”, the UK’s threat level had been at “substantial” since February.

It had previously been raised to “severe” in November 2020 in the wake of attacks in Austria and France.

When Home Secretary Priti Patel announced the lowering of the threat level in February, she said this was due to “the significant reduction in the momentum of attacks in Europe since those seen between September and November” last year.

The “critical” level was last reached in September 2017, in the wake of the Parsons Green train bombing.

This also stands at “severe”.