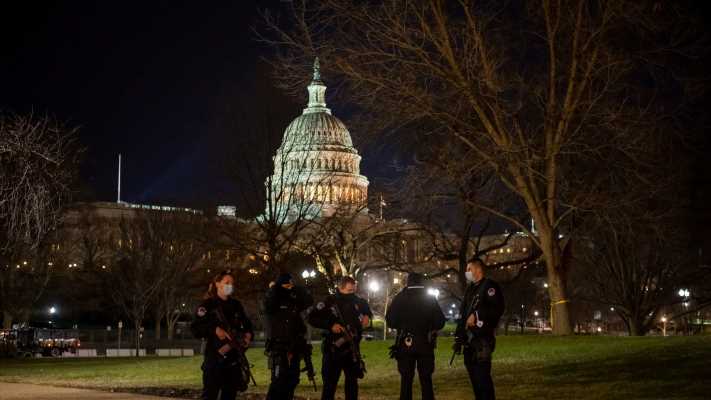 WASHINGTON – House Democrats pushed Thursday during a tense and sometimes emotional debate for $1.9 billion to bolster security at the Capitol after the Jan. 6 riot, but Republicans called it a rush to judgment that should wait until security reviews about how to spend the money are completed.

Before the vote, Appropriations Committee Chairman Rosa DeLauro, D-Conn., pointed to the gallery above the House chamber and described huddling with colleagues as gunfire rang out. She said the need is dire and cannot wait for funding for Capitol Police and the National Guard.

“This bill is not about politics. It’s not about settling scores,” DeLauro said. “It’s about ensuring that every person who comes onto the Capitol grounds is safe and is protected. The funding is not optional.”

House Administration Committee Chairman Zoe Lofgren, D-Calif., said her panel was studying how to improve Capitol Police, but that spending to reduce overtime and improve training.

“To fail to act today is really to turn your backs on the men and women who fought as Capitol Police officers just yards from where we stand today,” Lofgren said. “They were maimed. Their eyes gouged. They lost fingers. Some of them died. Don’t turn your backs on them and vote against this bill.”

Republicans said all lawmakers support Capitol Police and the National Guard who reinforced them. But Rep. Kay Granger of Texas, the top Republican on the Appropriations Committee, called the bill partisan. She said it was drafted without permanent spending decisions before security studies are completed.

“It also provides $200 million to establish a force within the D.C. National Guard to respond to incidents at the Capitol, raising serious concerns about the role of our military on American soil,” Granger said.

Rep. Jaime Herrera Beutler of Washington, the top Republican on the subcommittee that oversees legislative spending, said spending should wait for an overhaul of the Capitol Police board.

“We need to know what we’re going to spend that money on,”  she said.

Republicans in both chambers questioned details about the spending proposal, which comes before committees have finished hearings and a potential commission has studied what happened.

The legislation includes funding to:

The proposal is an emergency spending bill that would be considered in addition to routine annual bills that provide funding for Capitol Police and the National Guard. For comparison, the current year’s spending on the legislative branch, which includes Capitol Police, is about $4.2 billion.

“Aside from being both inefficient and expensive, all of that overtime effectively prevents training because there are no uncommitted personnel available to train,” Buchanan said.

House Sergeant at Arms William Walker, who had been commanding general of the D.C. National Guard, said told that panel that Capitol Police must transform into a more active protective force, as threats against lawmakers doubled this year, compared to the same period last year.

“The increase in threats to members shows no sign of lessening,” Walker said.

But Sen. Richard Shelby of Alabama, the top Republican on the Appropriations Committee, said Congress should study the spending methodically rather than “rush to judgment and throw a lot of money at something.”

The security legislation adopted some recommendations, such as the National Guard quick reaction force, from a task force headed by retired Lt. Gen. Russel Honoré. The report also recommended a dramatic increase in Capitol Police staffing and a retractable fence for deployment in emergencies.

But as lawmakers scrutinize security in hearings, proposals dealing with the National Guard and fencing have been contentious.

Sen. Roy Blunt, R-Mo., who has opposed erecting a permanent fence around the Capitol, questioned installing a retractable fence by suggesting it could take three years to build. He also said a commission to study the Jan. 6 riot could delay spending decisions.

“I think a commission will actually slow down us doing the things we know we need to do,” Blunt said.

20/05/2021 Politics Comments Off on House approves $1.9B for Capitol security after Jan. 6 riot, but Senate GOP calls for ‘pause’
Markets