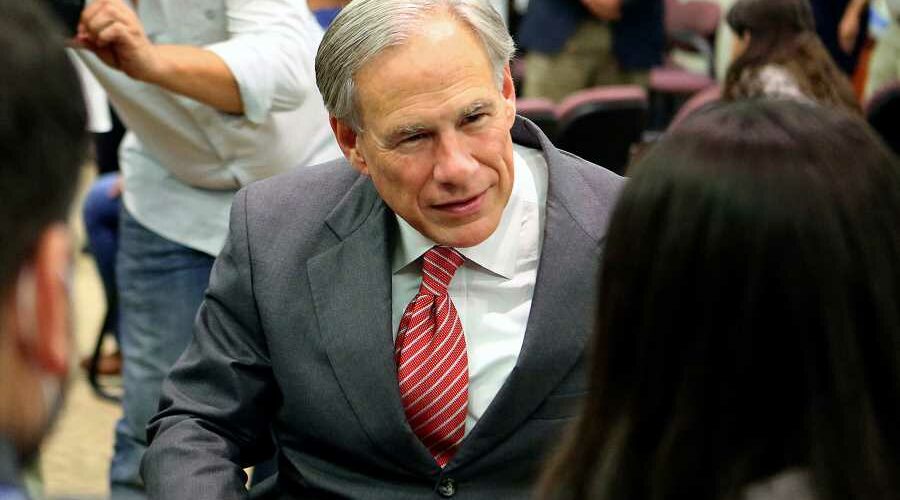 There are currently 73 people on the waiting list to speak with a rape counselor at the Sexual Assault Resource Center in Bryan, Texas — the highest number in the organization’s history. The vast majority of the names on that list have been added since September, says Lindsey LeBlanc, the center’s executive director.

September was the same month Gov. Greg Abbott boldly declared he was putting an end rape in the state. “Texas will work tirelessly to make sure that we eliminate all rapists from the streets of Texas by aggressively going out and arresting them and prosecuting them and getting them off the streets,” Abbott declared.

His promise was issued in response to a question from a reporter about Senate Bill 8, Texas’ abortion bounty law. SB 8, which also went into effect in September, and which dangles a $10,000 reward in front of anyone willing to sue a person who “aided or abetted” an abortion that took place in Texas after six weeks gestation. Unlike many early-term abortion bans extreme right-wing lawmakers have advanced in other parts of the the country, the Texas law makes no exception for rape or incest.

Here’s that exchange between Abbott and the reporter back in September:

Reporter: Why force a rape or incest victim to carry that pregnancy to term?

Abbott: It doesn’t require that at all because it provides at least six weeks for a person to be able to get an abortion. [Ed: S.B. 8 outlaws abortion at six weeks gestation — or roughly two weeks after a missed period — before many people realize they are pregnant]…But let’s make one thing clear: rape is a crime, and Texas will work tirelessly to make sure that we eliminate all rapists from the streets of Texas by aggressively going out and arresting them and prosecuting them and getting them off the streets. Goal number one in the state of Texas is to eliminate rape so that no woman — no person — will be a victim of rape.

It was, on its face, an absurd promise, and one that was predictably ridiculed by observers across the political spectrum. But Abbott has now had three months to deliver on his pledge, or show a modicum of progress toward the stated goal, or, alternatively, to demonstrate some small degree of humanity by working to amend a law that appears poised to remain in effect for the foreseeable future. He’s failed at all three.

In the first three months after Texas enacted its abortion ban, 3,079 rapes were reported across the state, according to the Texas Department of Public Safety. A total of 615 those rapes — 22 percent, or a little more than one fifth of the total reported — were “cleared” by authorities, meaning prosecutors brought charges. That clearance rate is a slight improvement over the same period in 2020, when a less than 18 percent of 3,642 reported rapes resulted in charges, but still far from the full eradication of rape Texans were promised in September.

“We would all love to eliminate rape across the state of Texas, across the entire world,” Le Blanc says. “Unfortunately, it is not as simple as just saying: We’re going to eliminate it, and it’s going to happen.” SARC, which serves seven counties in Texas’ Brazos Valley, currently has two-full time staff members devoting 80 hours a week to sexual assault prevention efforts in the area, and despite those efforts the number of rapes in the areal continues to rise. “We’d love to all work ourselves out of the job,” Le Blanc says. ”But, unfortunately, it’s not that simple… We can’t even serve all of the survivors that are coming to us.”

From small-town Texas to the state’s most sprawling metropolises the picture is the same: rapes are being reported at similar  rates, and rapists evading prosecution at roughly the same rate. The difference is that, since September, rape victims in Texas have been largely stripped of the ability to end a pregnancy that may have occurred as a result of their attack.

The same is true for victims of incest. (Like rape, S.B. 8 makes no exceptions for their circumstances.) Of 15,989 sexual assaults reported in Texas so far this year, 5,703 — more than one-third — were committed by a family member, roughly the same volume and rate of sexual assaults reportedly perpetrated by family members in 2020. Unlike last year, the children and adults who become pregnant as a result of those assaults will only be able to avoid carrying those pregnancies to term if they are able to find a provider and book an appointment within two weeks of discovering their pregnancy.