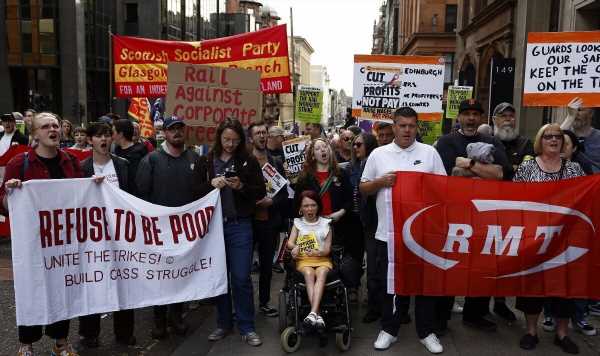 Around 22 percent of services were running yesterday, with just half of the network open and services were due to stop at 6.30pm, meaning the last trains departed mid-afternoon.

Network Rail said around 15 percent more people were using stations than on Thursday, June 23, in the middle of the last walkout. But it was two-thirds down on a normal midweek.

Full-time carer Elizabeth Bolton, from Ascot, Berks, said her 23-year-old autistic son Jack was “distressed” after being unable to get a train from Staines to London for his first shift at a pharmacy company.

She added: “I’m angry other people’s actions can affect innocent people. My son is upset and doesn’t understand why they’re striking.”

Jen, from Havant, Hampshire, was meant to travel from Portsmouth to Spalding, Lincs, for her uncle’s funeral.

The 42-year-old said: “I feel like I’m not doing my duty as a family member, but I don’t have any control.” Victoria Station in London was quieter than usual, with one commuter saying the lack of chaos was down to the fact “people are just used to it” and with finding alternatives. 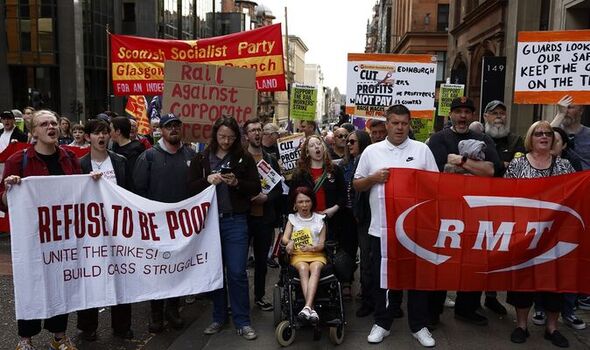 Kate Nicholls, UKHospitality’s chief executive, says the strikes are an “unwelcome and hefty blow” for the industry. She added: “This will do ­further damage to a sector already struggling to survive and facing soaring costs – the highest in 15 years – as well as a chronic staff shortage.”

The Commonwealth Games, which start in Birmingham today, may be affected as services return to normal.

RMT general secretary Mick Lynch said: “When we get a negotiated settlement our members support then strikes will cease. We’re not near that.”

More walkouts on the way

A separate strike is already planned for this Saturday.

Mick Whelan, general secretary of the union, said: “We’ve been forced into this position by the companies, who say they have been driven to this by the Tory government.

Drivers at Avanti West Coast and CrossCountry voted by more than nine to one to go on strike.