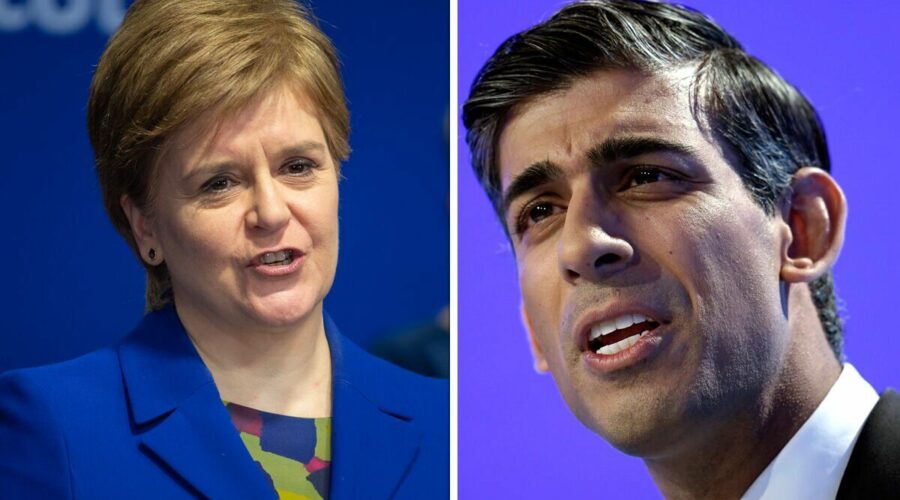 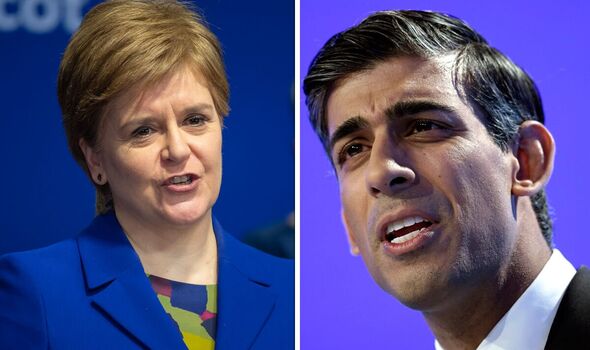 Prime Minister Rishi Sunak and Scottish First Minister Nicola Sturgeon are heading for a showdown in the courts over the change in the law to make it easier for trans people in Scotland to change their legally recognised sex. The UK Government will use its de facto veto on Scottish legislation for the first time because of concerns about the impact on equality laws across all of Great Britain.

This standoff comes as Mr Sunak’s Government refuses to grant the SNP Government permission to host an independence referendum. It also follows a Supreme Court ruling that the Scottish Parliament lacks the power to hold its own referendum.

Alan Trench, a constitutional expert who has contributed to major research on the future of the UK, warned that Scottish ministers wanted to use the clash with Westminster to boost the case for independence.

He said: “It’s been deliberately set up by the Scottish Government, I think, as a way of picking a fight with Westminster to illustrate all the points about the inadequacy of devolution, the importance of Scotland having the independence to deliver Scottish values and being unable to accommodate those within those a UK framework.”

The Scottish law lowers the age at which someone can apply for a gender recognition certificate from 18 to 16. It also removes the requirement for a medical diagnosis of gender dysphoria.

Sir John Hayes, chairman of the Conservative Common Sense group of MPs, said it was “frankly undesirable” that young people should be able to change their recognised gender so quickly.

He said: “On the issue of principle, what Scotland decided was quite wrong. And on the constitutional matter, their complaint is quite wrong too.”

Sir John Curtice, a leading expert on elections, doubted that the SNP had deliberately picked a fight with Westminster but warned of the consequences if the UK Government loses the coming legal battle.

He said: “If the UK Government were to lose – ouch. Then the SNP will say, ‘Look, you can’t trust these guys because they break the law in the implementation of the devolution settlement.’”

Sir John said the gender reform issue fractured the unionist movement in Scotland, with most Labour and Liberal Democrat Members of the Scottish Parliament supporting the change in the law and the majority of Conservatives opposed.

He said: “It certainly reminds folk that the devolution settlement as currently written does potentially give the UK Government a veto power even when the legislation in question falls within devolved matters.”

However, he doubted that the controversy would determine whether Scotland stays in the union.

“And because public opinion is 50:50 at the moment, neither side are ahead in that debate. But that is the crucial debate, not all these arguments about the process.”