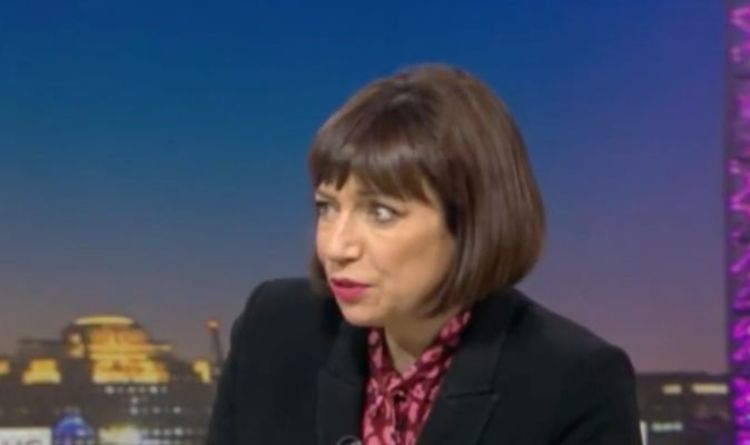 Sky’s Political Editor was on hand to analyse Sir Keir Starmer’s pre-recorded message to the nation on coronavirus. The leader of the Opposition claimed to not be playing party politics during the address, however, Ms Rigby argued Sir Keir had in fact delivered an “extremely political” speech. She went on to highlight the ways in which Sir Keir seems to be trying to mimic the style of Prime Minister Boris Johnson.

Ms Rigby told Sky News: “I mean, not overtly talking politics, but that was extremely political.

“Look on the policy, he urged everyone to book an appointment so urging the public to get those boosters.

“He called on the Government to use the Christmas break to vaccinate children over 12, there hasn’t been huge take up for over 12 so calling for a bigger push on that to try and get more secondary school children vaccinated.

“And then he criticised the Government for not stepping up sooner on the rollout.”

She continued: “When it came to the politics of it, he didn’t outrightly criticise Conservative MPs for rebelling.

“He didn’t openly criticise the Prime Minister, but there was lots of criticism in there.

“When he made the point that the Labour Party he led acted in Britain’s best interests, he said that he will always support measures designed to protect public health.

“He said we are a patriotic party, and it’s our patriotic duty to vote for these measures to ensure they go through and if that isn’t a man trying to prove to the public that he is a government in waiting I don’t know what it is.”

Yellowstone: Jen Landon on Teeter’s return to the ranch