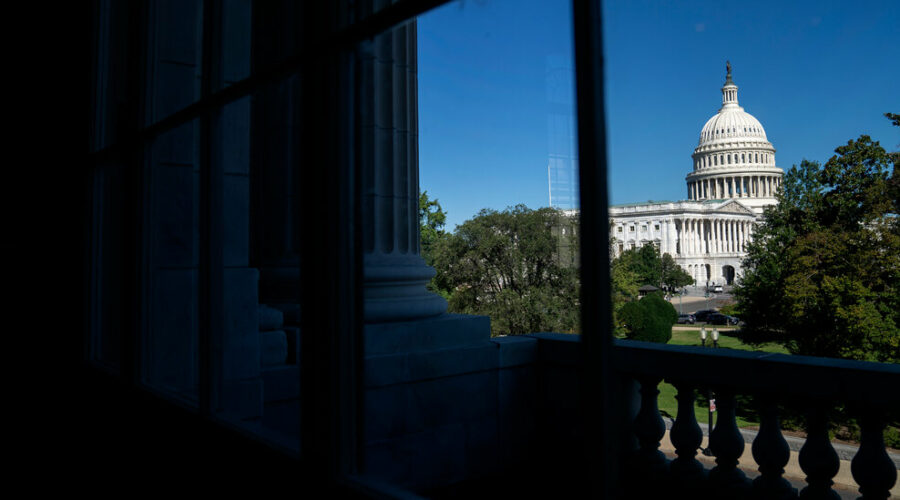 WASHINGTON — As Congress continues to flirt with the idea of not raising or suspending the nation’s debt limit, economists and scholars are once again considering whether creative escape hatches like a trillion dollar coin or the invocation of the 14th Amendment might help the United States avoid a self-inflicted economic calamity.

Republicans and Democrats are at odds over whose responsibility it is to raise the country’s borrowing cap. Democrats insist that it be done on a bipartisan basis, reflecting the fact that both parties have incurred big debts over the last several years. Republicans, who voted for debt limit suspensions when President Donald J. Trump was in office, now say that there’s no need for them to help because Democrats control all the levers of power in Washington and they are preparing to push through trillions of dollars in new spending on their own.

All of this drama raises the question of what the debt limit really is, how it got here and why the United States does not do away with debt limit entirely and spare the nation from its periodic face-off with an economic time bomb.

What is the debt limit?

The debt limit is a cap on the total amount of money that the federal government is authorized to borrow to fulfill its financial obligations. Because the United States runs budget deficits — meaning it spends more than it brings in through taxes and other revenue — it must borrow huge sums of money to pay its bills. That includes funding for social safety net programs, interest on the national debt and salaries for troops. While the debt ceiling debate often elicits calls by lawmakers to cut back on government spending, lifting the debt limit does not authorize any new spending and in fact simply allows the U.S. to finance existing obligations.

When will the debt limit be breached?

Technically, the United States hit its debt limit at the end of July, following a two-year extension that Congress agreed to in 2019. Treasury Secretary Janet L. Yellen has been using “extraordinary measures” since then to delay a default. Those are essentially fiscal accounting tools that curb certain government investments so that the bills continue to be paid.

The Bipartisan Policy Center estimates that Treasury will really run out of cash sometime between Oct. 15 and Nov. 4. However, it is more difficult to project the so-called “X-date” because of all the pandemic relief money that the government is distributing and uncertainty surrounding how much tax revenue will be coming in this fall.

How much debt does the United States currently have?

The national debt now stands at $28.43 trillion, according to the Peter G. Peterson Foundation’s live tracker. Currently the borrowing cap is set at $28.4 trillion, leaving the federal government with negligible wiggle room.

To offer some perspective on the scale of such a shortfall, the entire U.S. gross domestic product was $20.93 trillion last year.

Why does the United States limit its borrowing?

According to the Constitution, Congress must authorize borrowing. The debt limit was instituted in the early 20th century so the Treasury did not need to ask for permission each time it needed to issue bonds to pay bills. The first debt limit came as part of the Second Liberty Bond Act of 1917, according to the Congressional Research Service. A general limit on the federal debt was imposed in 1939.

Do other countries do it this way?

Denmark also has a debt limit, but it is set so high that raising it is generally not an issue. Most other countries do not. In Poland, public debt cannot exceed 60 percent of gross domestic product.

Why is raising the debt limit so difficult?

For many years, raising the debt ceiling was routine. But as the political environment has become more polarized, brinkmanship over the debt ceiling has increased. The House used to employ the “Gephardt Rule,” which required the debt limit to be raised when a budget resolution was passed, but that was for the most part phased out during the 1990s.

During the 2011 debt ceiling battle, some argued that President Barack Obama had the power to unilaterally lift the debt ceiling. Former President Bill Clinton said at the time that if he were still in office he would invoke the 14th Amendment, which says the validity of U.S. debt shall not be questioned, raise the debt ceiling on his own and force the courts to stop him.

Mr. Obama and his lawyers disagreed and opted against that approach. After leaving office, Mr. Obama acknowledged that he and Treasury officials considered several creative contingency plans, such as minting a $1 trillion coin to pay off some of the national debt. In a 2017 interview, he described the idea as “wacky.”

If the debt ceiling disappeared, what would replace it?

The lack of a replacement is one of the main reasons the debt ceiling has persisted. The United States could follow the Denmark model and raising the debt limit stratospherically high. Some have also suggested that it could also force the limit to increase in lock step with new funding.

Would it be a good idea to do away with the debt limit?

Few lawmakers from either party enjoy a vote on the debt ceiling, and the default that would be caused by a failure to raise it would lead to an economic catastrophe. With political polarization in the United States showing no signs of abating, it often seems that the risk of an accidental default outweighs any fiscal responsibility that the debt limit encourages.

However, it would take an act of Congress to do away with the debt limit, and finding agreement there is never easy.

27/09/2021 Politics Comments Off on Explaining the U.S. Debt Limit and Why It Became a Bargaining Tool
Markets