The EU Commission signed a deal with Azerbaijan last month in a bid to cut down on its dependency on Russia’s energy supplies. Ms von der Leyen said the country is a “crucial energy partner” for the EU, adding Azerbaijan is “delivering currently more than eight billion cubic metres of gas per year and we will expand its capacity to 20 billion cubic metres” by 2027.

She added that the new deal would “help compensate for cuts in supplies of Russian gas and contribute significantly to Europe’s security of supply”.

Writing for Politico, he explained: “This agreement stands in defiance of the EU’s own climate goals and its human rights standards too.

“As civil society groups have already argued, supporting the expansion of gas extraction will only enrich the autocratic regime in Azerbaijan, notorious for rampant corruption and the repression of all opposition in the country.

“What’s little discussed, however, is that critical infrastructure needed to extract and transport the gas from the Caspian Sea to Europe is co-owned by Lukoil — a Russian oil and gas giant closely linked to Russian President Vladimir Putin’s regime. 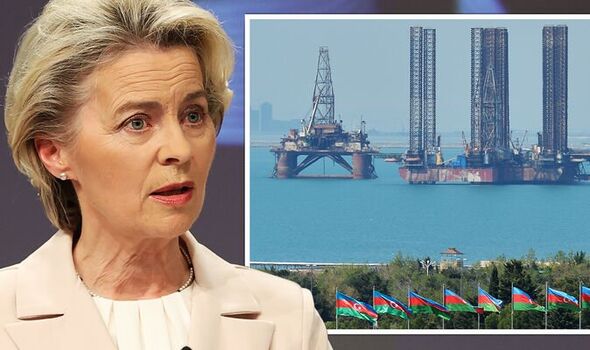 “One of the largest oil and gas companies in the world, Lukoil itself claims it’s one of the three biggest taxpayers in Russia, having paid more than $200 billion in taxes in 2019 alone. Lukoil is also among the companies on the United States sanctions list. “

“Not only is Lukoil a major taxpayer in Russia, which is able to use its gas profits from Azerbaijan to fund Putin’s war machine, but its position in so many Azeri projects gives the company access to information that could be used to support Russia’s continued weaponisation of its own fossil fuels exports.

“This deal simply cannot help the EU address potential gas shortages now. Scaling up gas production and transportation capacity is technically impossible to implement in less than five years, and the EU already needs to start cutting its gas demand significantly in order to reach its own climate goals.

“It’s high time the Commission starts learning from its past mistakes concerning energy diversification and energy security based on the deals it’s made with autocratic regimes.

“They only serve to perpetuate Europe’s fossil fuels fixation, exactly when it most desperately needs to end.”

Russian state gas company Gazprom said on Tuesday that European gas prices could spike by 60 percent to more than $4,000 per 1,000 cubic metres this winter, as the company’s own export and production continues to fall amid Western sanctions.

Gas flows from Russia, Europe’s top supplier, are running at reduced levels this year, after one route was shut when Moscow sent troops into Ukraine in February and after sanctions triggered a dispute about the Nord Stream 1 pipeline’s equipment. Gas prices have surged as a result.

Dutch wholesale gas prices hit an all-time high of nearly 335 euros per megawatt-hour (MWh) in spring. They have dipped since then to around 226.00 euros per MWh on Tuesday but remain far higher than a year ago when they were about 46 euros per MWh. 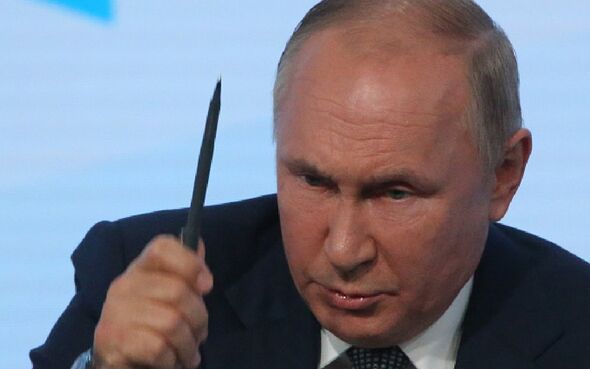 Kyiv has shut one of Gazprom’s routes for exports to Europe, while Gazprom has reduced supplies to only 20 percent of the capacity of the Nord Stream 1 pipeline to Germany amid the equipment dispute.

Gazprom’s output was down by 32.2 percent so far in August versus a fall of 35.8 percent in July in annual terms, Evgeniy Suvorov, an economist at CentroCreditBank, said on his Telegram channel MMI, adding that export was down by 59 percent from minus 58.4 percent last month.