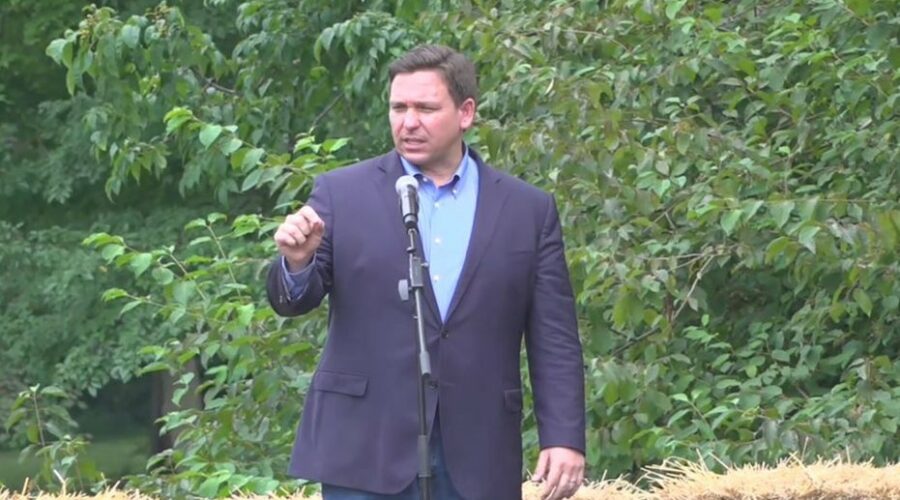 DeSantis vows to fight Biden, stand up for freedom and the Constitution

Florida Gov. Ron DeSantis hammered the Biden administration for overhauling the distribution of monoclonal antibodies in a way that will severely hamper the treatment’s availability in several Republican-controlled states.

The Department of Health and Human Services (HHS) alarmed authorities in several southern, red states – where the antibodies are widely used – after announcing Monday that the agency would be changing how the COVID-19 treatment is distributed.

Previously, distribution sites could order the antibody treatments directly from the supplier. Now, the federal government will decide how many doses each state will receive and leave it to state governments to ration it out among locations.

DeSantis warned that HHS’ new equitable distribution plan for monoclonal antibodies (MAB) is “very, very problematic” and warned patients “are going to suffer as a result of this.”

“So it’s surprising and deeply disappointing that the Biden Admin would break this promise just a week later and cut MAB allocation to Florida, so they aren’t even providing half of the doses of life-saving treatment that COVID patients in Florida will need,” Pushaw continued.

The governor’s spokeswoman added that DeSantis “is committed to ensuring that everyone who needs the treatment” is able to be treated, “even if we can’t count on the Biden administration.”

Florida is one of seven states, alongside Texas and Alabama, making up the majority of demand for the treatment. White House press secretary Jen Psaki said Thursday the seven states made up roughly 70% of the requests.

DeSantis on Thursday argued that it shouldn’t be surprising that the states currently experiencing a seasonal surge are the ones needing the most doses of the treatment.

The Alabama Medical Association voiced alarm about the HHS changes after Monday’s announcement.

“Alabama’s hospitals are full and under tremendous stress. That’s why physicians are very concerned about federal efforts that will end up limiting our supply and access to this effective treatment,” Dr. Aruna Arora, the association’s president, said in a statement Monday.

“We’re calling on the federal government to help us provide more of this treatment – not less – so we can save lives and keep COVID patients out of the hospital.”