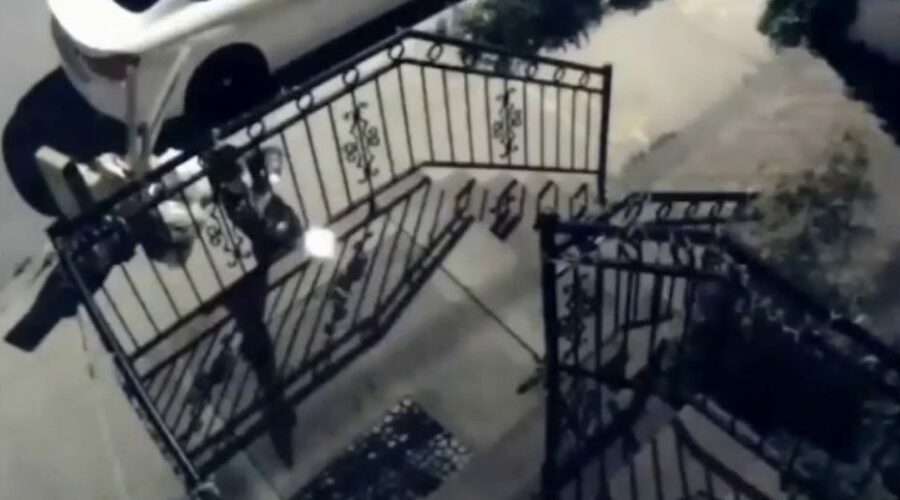 New York City sees weekend of gun violence and crime as NYPD on Saturday responds to park protest in riot gear. Fox News contributor Ted Williams calls on law enforcement to stop being depicted as ‘the enemy of the people.’

Today’s explosion in violent crime parallels the return of 1970s-style inflation and gasoline lines. Wide ties and polyester slacks can’t be far behind. Criminals themselves are the root cause of crime — now and forevermore. But the thugs’ enablers, and sometime cheerleaders, are the root cause of nearly every contemporary American malady: The Democratic-left.

Just as the Republican-right predicted a year ago, when the Democratic-left slashes police budgets, calls them racists, and damns them to hell, cops retreat. Criminals advance. And innocents get beaten, raped, shot, and killed.

Asheville, North Carolina police announced last week that its officers no longer will respond in person to 911 calls concerning 10 different classes of complaints. These include fraud, identity theft, minimal property damage, and thefts below $1,000 that lack suspect information.

Instead, the Asheville Police Department urges victims to report wrongdoing online, while the Tarheel State’s arguably most liberal city focuses its dwindling law-enforcement resources on violent crimes. Asheville defunded 3 percent last year. Since January 1, 2020, the APD has shrunk by 84 officers or 35.3 percent of the 238 positions budgeted.

Democratic-left geniuses also hatched “bail reform.” Charging criminals cash bail is racist, insists the take-a-crook-to-lunch crowd. So, unless cops nab a killer with a bloody machete in his fist and a bleeding corpse at his feet, they will arrest him, snap his photo for the scrapbook, and a judge — with hands tied by “bail reform” — will speed him on his merry way.

Alexander Wright, 48, was caught on camera Monday clocking an Asian woman in Manhattan’s Chinatown, knocking her unconscious. Like too many “white-nationalist” perpetrators of anti-Asian attacks, Wright is Black.

“Police Commissioner Dermot Shea said Wright has been arrested 8x in the past year on charges including assault and arson,” Gotham’s Police Benevolent Association said Tuesday, via Twitter. “Whether this individual needs mental health services, jail time, or both, the answer CANNOT be to put him right back on the street.”

Similarly, Jordan Burnette, 29, was captured on video pitching projectiles through the windows of a Bronx synagogue, one of several that police say he attacked. Police arrested Burnette May 1 and charged him with 42 hate crimes.

However, under “bail reform,” prosecutors could not request bond. Regardless, Judge Louis Nock called “shattering of glass” a violent felony and set bail at $20,000.

The Democratic-left also has created PINOs — Prosecutors in Name Only. They appear to compete against each other for the title Softest on Crime.

●Chesa Boudin is San Francisco’s George Soros-funded district attorney. He was adopted by Weather Underground terrorist Bill Ayers and Bernardine Dohrn while his parents were imprisoned for killing two cops and a Brinks security guard as they attempted to rob an armored car. Boudin now stays busy not throwing books at crooks. His refusal to prosecute shoplifters who steal less than $950 contributed to the closure of 17 Walgreens stores in San Francisco.

●In Los Angeles County, likewise, far-Left District Attorney George Gascon is flinging the jail cells open as quickly as the hinges allow. “Gascon is releasing criminals before the officer finishes the report — literally — because of his no-bail policy,” a frustrated L.A. prosecutor told me.

“Other Gascon experiments are having even nastier consequences,” this source continued. “For one, Gascon’s blanket policy to ignore voter approved enhancements means that Liliana Carrillo — who murdered her three children, 3-year-old Joanna, 2-year-old Terry, and 6-month-old Sierra — will be eligible for parole in 20 years. If Gascon had filed those enhancements, Carrillo would be facing life without possibility of parole.

“Another blanket policy is Gascon’s refusal to use prosecutorial discretion to treat 16- and 17-year-old murderers as adults,” explained this exasperated member of Gascon’s office. “No matter how heinous the crime or how many people they massacred, every one of these killers gets a pass. Gangs are now encouraged to use them in murders, since there are no consequences.

“Gascon’s refusal to file gun and gang enhancements has encouraged a new era of gun violence,” this crimefighter added. “Murders in Watts — almost all of them gang and gun related — are up 70 percent year to date. City-wide shooting are up 67 percent.”

Elected officials have had it with Gascon and his thugophilic antics. Seventeen cities in Los Angeles County have approved no-confidence resolutions denouncing Gascon, whom Angelenos have launched a campaign to recall.

The hoodlum huggers have Made Crime Great Again. This total disaster is brought to you by America’s ever-reliable disaster machine: The Democratic-left.

10/06/2021 Politics Comments Off on Deroy Murdock: America is in the middle of a crime surge. It's unmistakable who should get the blame
Markets