Reach Global Strategies founding partner Anneke Green reacts to the Supreme Court’s decision overturning Roe v. Wade and predicts the impact it may have on this year’s midterms on ‘Fox Business Tonight.’

In just the first week after the Supreme Court overturned Roe v. Wade, Democrats made off with an impressive $80 million haul in donations.

Democratic fundraising platform ActBlue reported the figure, which shows a possible rally by Democrats heading into the 2022 elections.

However, the vast majority of the donated funds were given to national campaigns, not local or state political projects, according to The Associated Press. Without a strong presence at the state level, Democrats could remain on the chopping block for the next congressional and presidential elections.

"We can no longer afford Democrats’ systemic neglect of down-ballot races — not when Republicans are eager to intrude on our health care decisions, bedrooms and marriages," Democratic Legislative Campaign Committee spokesperson Gabrielle Chew told the outlet. "This should be a wake-up call."

THE ABORTION BATTLE NOW MOVES TO THE 50 STATES 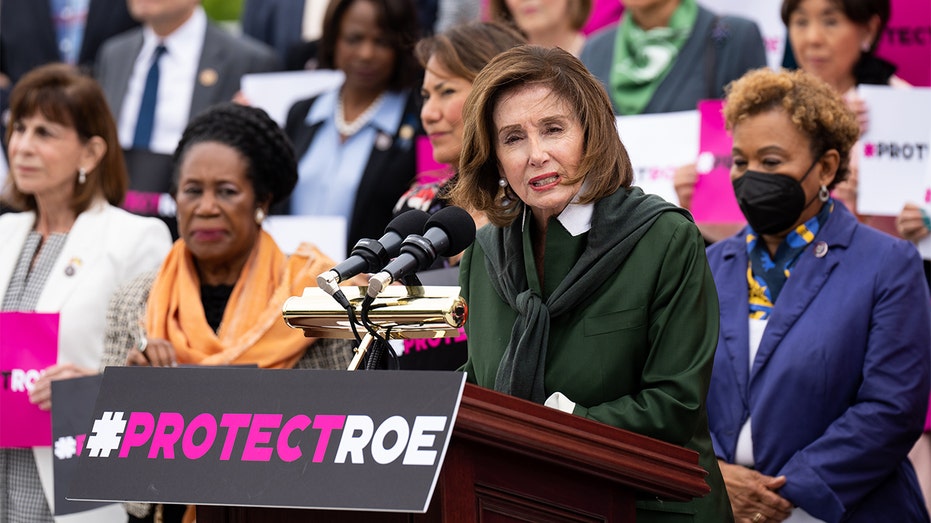 Speaker of the House Nancy Pelosi, D-Calif., speaks during a House Democrat rally May 13, 2022, on the House steps of the U.S. Capitol to speak in opposition to the Supreme Court’s leaked draft opinion indicating it would overturn Roe v. Wade. (Bill Clark/CQ-Roll Call, Inc via Getty Images / Getty Images)

ActBlue hit $20 million in donations in just 24 hours following the Supreme Court decision. ActBlue is a self-described "powerful online fundraising platform for Democratic candidates up and down the ballot, progressive organizations and nonprofits." 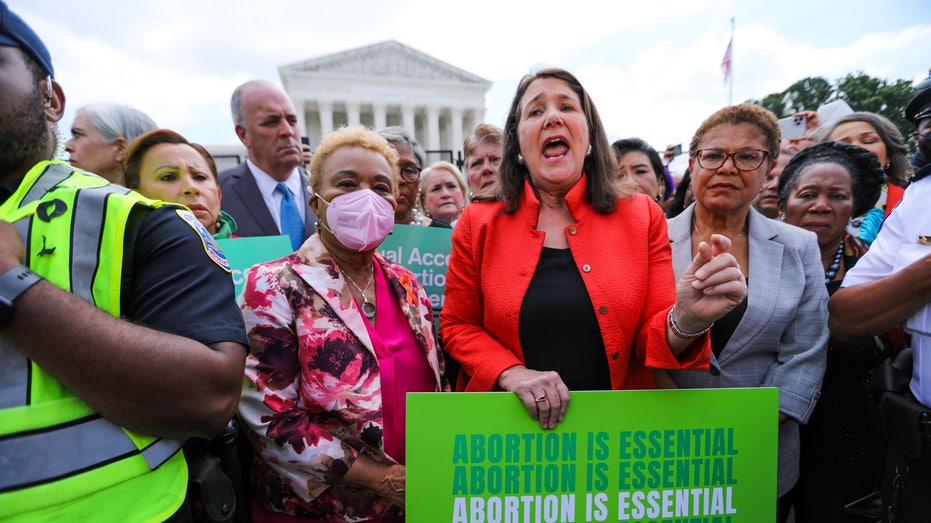 The committees are firing up a website to serve as an online hub to strengthen organizing efforts and make it easier for activists to volunteer their time. 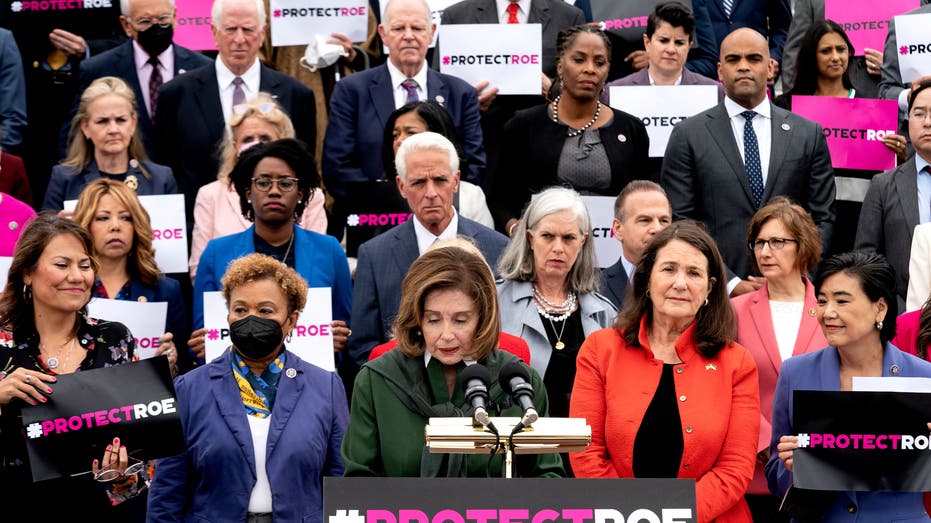 U.S. Speaker of the House Nancy Pelosi, joined by House Democrats and pro-choice advocates, pauses during a May 13, 2022, press conference about the leaked Supreme Court draft decision on Roe v. Wade at the U.S. Capitol in Washington. (Stefani Reynolds/AFP via Getty Images / Getty Images)

It may offer Democrats a chance to alter the campaign conversation, energize the left-leaning base and win back key female and suburban voters who helped the Democrats win back the House in 2018 but appeared to cross party lines in some 2020 congressional contests and again in GOP victories in elections in Virginia and New Jersey last November.