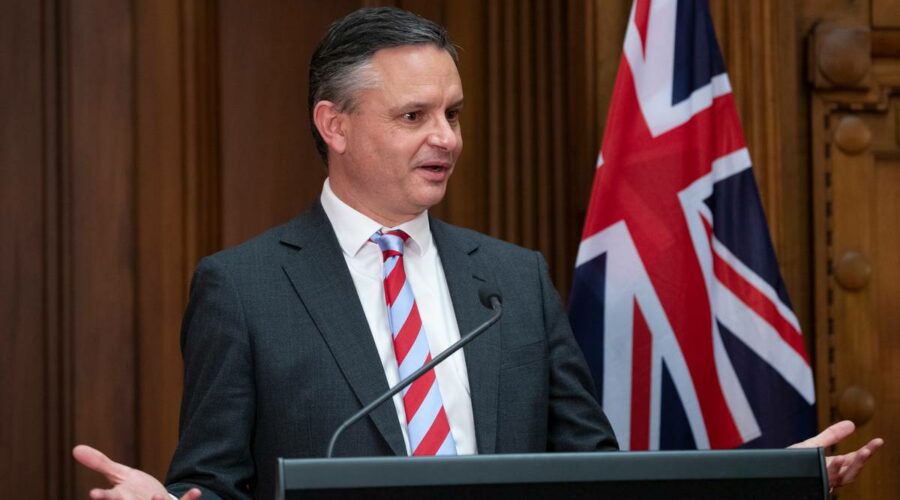 Climate Change Minister James Shaw is taking nine New Zealand staff to a conference in Scotland at a time the country is experiencing a major Covid-19 outbreak, while also taking up coveted MIQ spots.

Prime Minister Jacinda Ardern has defended the trip to Glasgow for the COP26 climate talks, stating New Zealand’s presence at the talks is “important”.

“Yes we are facing a global pandemic, but climate change is the most significant threat that we face for decades to come, and that needs a response from us now.”

She also confirmed the delegation would have MIQ spaces set aside rather than having to go through the overloaded virtual queue system.

It came after Shaw this morning said he was unsure the trip would even go ahead with just one of the New Zealand entourage so far managing to secure a spot in MIQ on their return.

Shaw said the Ministry of Foreign Affairs and Trade was sorting travel arrangements to the conference in November, and yesterday were part of the more than 30,000 people in yesterday’s online queue system for 3000 places.

“At the moment I am waiting to find out if I have a spot and if I don’t have a spot I won’t be going,” he said this morning.

Ardern later confirmed spaces would be set aside, although there was some confusion about the arrangements with Shaw telling media it was the first he had heard of it.

Shaw said of the trip and delegation there was no virtual option and it was a highly important conference to attend to up global climate commitments, and requiring expert staff.

National Party climate change spokesman Stuart Smith said Shaw’s office had confirmed there were 14 staff travelling to the COP26 climate talks in Glasgow – nine from Wellington and five from overseas.

The party was not against Shaw attending in principle, rather the health risk and impact of the large group on MIQ spots.

“At a time when thousands of Kiwis are unable to get into New Zealand thanks to our chaotic and unfair MIQ system, James Shaw feels he needs an even bigger entourage this time around than the one he took to COP25 in 2019,” Smith said.

Answers to written parliamentary questions show the Wellington staffers include a climate change ambassador, legal, policy and special advisers, as well as his private secretary.

The five officials overseas include policy officers and an events and logistics specialist.

However, the size of the delegation depended on the outcome of MIQ applications.

Smith, as Opposition spokesperson for climate change, had also been invited as part of a long-standing practice started under the previous National Government.

Smith has declined the invitation.

“The minister has failed to read the room on this,” Smith said.

“We have heard countless stories of New Zealanders wanting to come home but who are locked out because they can’t get MIQ spots.”

Shaw said he would rather not have to travel into a Covid hotspot, but there were no virtual options available and it was a very important conference to be at.

“We have a range of different priorities we are trying to push. There has been a lot of backsliding on the Paris Agreement, some not interested in transparency or environmental integrity and want to unpick core parts of the agreement.”

The entourage was smaller than usual, Shaw said, and included specialists that were required for the “dozens of parallel negotiations that take place requiring expert input”.

Shaw also pointed to Trade Minister Damien O’Connor who travelled with staff to the United Kingdom in July for trade talks, although there was less scrutiny at the time given there was less pressure on MIQ spots at the time.

Ardern had hoped to go to Australia and the United Nations in New York. Both trips were canned – the second due to handling the Delta outbreak in Auckland.

Ardern said Shaw would be only the second government minister to travel overseas since the MIQ had been brought in, which had managed over 160,000 travellers.

There would be important negotiations in Glasgow which was why technical experts were needed alongside Shaw, Ardern said.

“We will keep seeing how small we can make it. But I have told the minister this is an important piece of work for New Zealand, so we will find a way to secure a small number of [MIQ] spaces so New Zealand can be at the table.”

Along with the 3000 MIQ spaces released on Monday, Ardern said “several thousand more” would be released in the coming weeks and months.

The COP26 talks in Glasgow will be some of the most important climate change talks in recent years heading into the critical Paris deadline of 2030.

It comes after last year’s talks in Spain were cancelled due to Covid-19.

New Zealand’s attendance has also been seen as important for representing the wider Pacific region, with many smaller nations struggling to get there due to the pandemic.

Countries are being urged at COP26 to come together to up their Paris climate change commitments and to ban coal.

The New Zealand Government has an important policy to announce, likely an emissions reduction pledge, and potentially more money to help developing countries deal with the challenges of climate change.