The 9th Circuit Court of Appeals has blocked a recent decision by a lower judge to overturn California’s decades-old ban on assault weapons, saying it should stay in effect as a legal battle over the matter moves through the courts.

Earlier this month, U.S. District Judge Roger Benitez, an appointee of former President George W. Bush, caused an uproar when he ruled that the ban violated the Second Amendment and likened the weapons to a pocket knife.

“Like the Swiss Army knife, the popular AR-15 rifle is a perfect combination of home defense weapon and homeland defense equipment. Good for both home and battle,” Benitez wrote in his 94-page ruling on the ban, which prohibits anyone in California from possessing, importing or purchasing assault weapons in nearly all cases, with an exception for guns obtained by the owner prior to 1989. 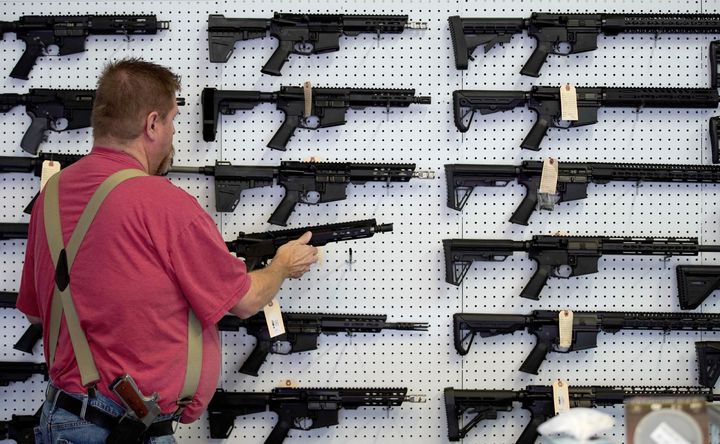 “As the son of a judge, I grew up with deep respect for the judicial process and the importance of a judge’s ability to make impartial fact-based rulings, but the fact that this judge compared the AR-15 ― a weapon of war that’s used on the battlefield ― to a Swiss Army Knife completely undermines the credibility of this decision and is a slap in the face to the families who’ve lost loved ones to this weapon,” he said in a statement following Benitez’s June 4 decision.

AR-15 assault rifles are considered particularly dangerous because of their light, tiny bullets that travel nearly three times the speed of sound. The weapon of war was designed to kill many people in a short amount of time, making it the firearm of choice for assailants in many mass shootings. Once solely a battlefield weapon, the AR-15 has increasingly made its way into the hands of civilians as lawmakers, lobbyists and gun manufacturers pushed to relax gun safety laws.

Similarly to California’s three-decade-old law, the U.S. once had a federal assault weapons ban. But in 2004, 10 years after it first passed, the Republican-controlled Congress refused to renew it, and the issue has only grown more partisan in recent years.

President Joe Biden, who helped pass the old federal assault weapons ban, said after the Boulder shooting that the ban should be revived.

“We can ban assault weapons and high-capacity magazines in this country once again,” he said. “I got that done when I was a senator. It passed, it was a law for the longest time and it brought down these mass killings. We should do it again.”