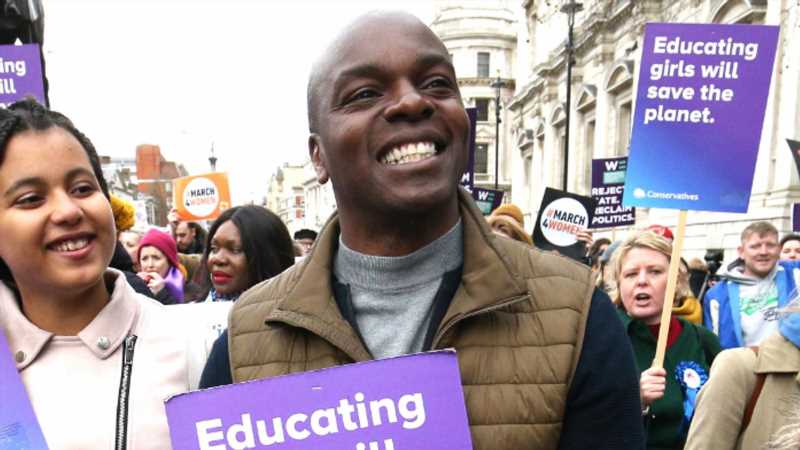 A Conservative former mayoral candidate has quit a senior role in the London Assembly after he was accused of “clearly breaking” COVID regulations.

Shaun Bailey, who lost to Sadiq Khan in London’s mayoral election in May, was pictured at what was reported to be a Christmas party held during strict COVID rules last year.

The Daily Mirror, which published an image of Mr Bailey surrounded by more than 20 other people, said the event was held at the Conservative Party’s headquarters in Westminster on 14 December 2020.

At the time, London was under Tier 2 restrictions that banned the mixing of households indoors.

In the photo, some of those pictured are raising glasses while stood next to a buffet, while some are also wearing festive headgear and clothing.

It was confirmed that Mr Bailey has now quit as chairman of the London Assembly’s police and crime committee.

“He does not want an unauthorised social gathering involving some former members of the London mayoral campaign team last December to distract from the committee’s important work holding the mayor of London to account,” the GLA Conservatives said in a statement.

“He will continue to speak up for Londoners who no longer feel safe in our city and push for a strategy to tackle the disproportionate level of crime in London’s black community.”

A Conservative Party spokesman said: “Senior CCHQ (Conservative Campaign Headquarters) staff became aware of an unauthorised social gathering in the basement of Matthew Parker Street organised by the Bailey campaign on the evening of December 14.

“Formal disciplinary action was taken against the four CCHQ staff who were seconded to the Bailey campaign.”

Labour deputy leader Angela Rayner said that Mr Bailey’s position as chair of the police and crime committee had been “untenable”.

“This is damning new evidence of a party, with a buffet, drinks, Christmas attire and absolutely no social distancing held at Conservative Party HQ,” she told the Daily Mirror.

“Shaun Bailey is an elected official that is clearly breaking COVID regulations in this photo and encouraging the same of his staff.

“Whilst everyone else was making sacrifices to keep their community safe, the chair of the police and crime committee in the Greater London Authority was partying.”

A Shaun Bailey campaign spokesperson told the newspaper: “On the evening of 14 December 2020, at the end of the working day, the campaign hosted a post-work event to thank campaign staff for their efforts over the course of they year.

“This was a serious error of judgement and we fully accept that gathering like this as that time was wrong and apologise unreservedly”.

At the weekend, an image was published of Prime Minister Boris Johnson on a screen in his office flanked by two colleagues and reading out quiz questions for Number 10 staff.

The Daily Mirror has since claimed that some staff had stayed in Number 10 socialising and drinking for hours after the quiz finished at 9.30pm.

The newspaper also reported that a senior official urged staff to leave Number 10 through a back door after the event.

Downing Street sources said they could not comment on fresh allegations while investigations are ongoing.