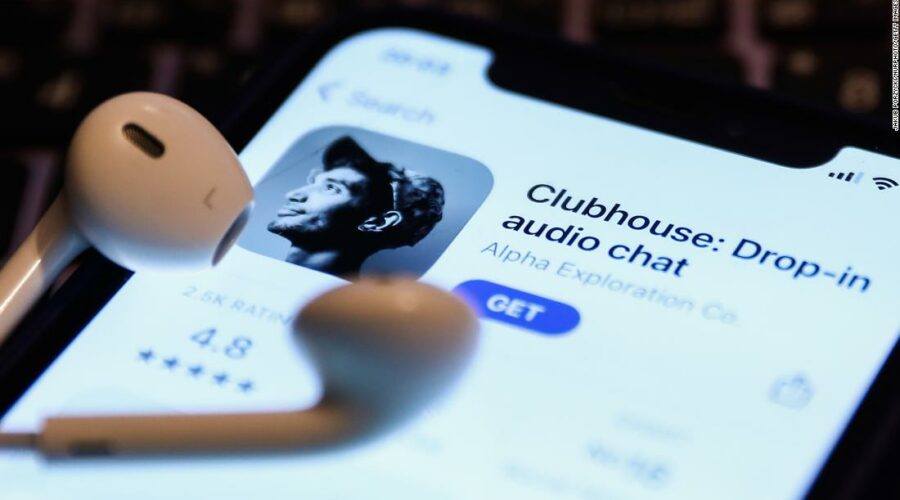 New York (CNN Business)Live audio app Clubhouse boomed during the early months of the pandemic as people craved social connections and entertainment while spending most of their time isolated and inside. Felecia Wellington Radel joined the app last December and that same day tweeted, “Listening to people talk about Spider-Man for the past hour in Clubhouse while I work on something. Is this heaven?”

But her fascination was not only for personal reasons. As a senior engagement editor at USA Today who focuses on diversity and inclusion, Wellington Radel saw the potential for her colleagues to host conversations on Clubhouse. The app, which was invite-only when it launched last year but opened to all in July, allows any iOS or Android user to run an audio-only room. Participants are only visible by their profile photos and names and can request to speak or simply listen.
USA Today has been one of many newsrooms that have experimented with Clubhouse over the past year. The question now is whether the startup can keep engagement up as more workers return to offices and other in-person activities resume. And even if audiences are still interested in listening to and participating in live audio rooms, Clubhouse now competes with other copycat products on Facebook (FB), Twitter (TWTR), Spotify (SPOT) and Reddit — to a name a few.

One way Clubhouse is trying to maintain and grow newsrooms’ interest is through a new hire. Nina Gregory, senior editor for NPR’s Arts Desk who worked for the nonprofit media organization since 2006, is joining Clubhouse as its first head of news and media publishers. Similar partnerships roles are common inside other social apps and newsrooms.

“This is the first job I applied for in 15 years outside of public radio. I never thought I would leave,” Gregory told CNN Business. “But [Clubhouse] aligns so much with not just our mission, but the audio nerd in me and in us.”

Gregory joined Clubhouse exactly one year prior to Wednesday’s announcement of her hiring. She said she was immediately reminded of NPR’s former call-in show “Talk of the Nation” that covered current events. She said Clubhouse is more like “Talk of All the Nations” due to the app’s global reach and participation. 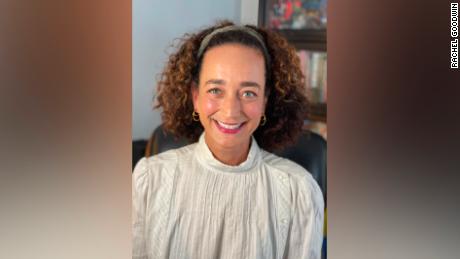 “As an audio journalist, [Clubhouse] aligned with what I’ve always believed is the best medium for news. You don’t need to know how to read to be able to hear radio news. You don’t need to have an expensive subscription. You don’t need cable,” Gregory said. “The accessibility across not just geography, but socioeconomics and cultures has always driven me to the power of the medium.”
USA Today’s Wellington Radel said she also was drawn to Clubhouse for its potential to reach different audiences.
“We see a lot of people of color using these social media platforms as their primary news source and so I want to be right there and say, ‘Are we having the conversations? Can they see our content?'” Wellington Radel said.
In February, USA Today held its first official Clubhouse room with two of its reporters and two doctors speaking about Covid-19 and its impacts on communities of color — a topic that USA Today covered in a six-part investigation published last year.
Matt Adams, audience strategist at NPR, said he became interested in Clubhouse and the live audio format more broadly as a way to use social media beyond just sharing a link and some related text.
“I’m up for experimenting in many different ways that just meets our audience somewhere where we’re not just shoving a link in their face and telling them to read a story,” Adams said. “It’s like, ‘Okay, let’s have a conversation about this. What are we missing?'”
On Clubhouse, an average of 300,000 rooms were created every day in May and early June, according to the company. That number is now up to 700,000 rooms every day with conversations ranging from breaking news about technology products to meditation practices to financial literacy. A Clubhouse user, on average, spends more than 70 minutes per day on the app, up from 60 minutes in May, Clubhouse said.
NPR has experimented with Clubhouse, but it uses Twitter’s live audio feature, Spaces, more frequently now. Last month, NPR hosted a conversation about Hurricane Ida with reporters at New Orleans Public Radio. Adams said one benefit he has seen is NPR journalists generating story ideas and meeting new sources through the platform.
The 19th*, a nonprofit newsroom covering the intersection of gender, politics and policy, held its first Twitter Spaces conversation earlier this month. Niketa Patel, who recently joined the newsroom as senior director of partnerships and had previously worked in news partnerships at Twitter, hosted a conversation about Texas’ abortion law.
“Even though we have a small newsroom, we firmly believe that we want to meet our audience and engage with them where they are, where they’re most active,” Patel said.
“The barrier to entry is really quite low,” Patel continued. “It’s about establishing what topic you might want to have a conversation about, who the participants are and when it’s going to take place. No one needs to worry about hair and makeup. No one needs to be in a physical studio or anything like that.”

Clubhouse beat Twitter to market with live audio, but its longevity is still to be determined. Clubhouse could go the way of Meerkat, a startup that was similarly first to market with a live video app. Meerkat was usurped by Periscope — a streaming video app that was acquired by Twitter and then integrated into the main product — and Facebook Live.
Adams of NPR said one reason he gravitated to Spaces over Clubhouse is because they already have invested time and resources building an audience on Twitter.
Wellington Radel said USA Today has also poured more resources into Spaces recently, but has not “ruled out Clubhouse.”
“We want to include sources as best we can, and if they’re already familiar with Twitter, it makes it easier for them to join us,” Wellington Radel said. “They really add to the conversation.” Eric Zuckerman, who leads US news partnerships at Twitter, said he comes across multiple Twitter Spaces about news events every day and listens to many of them. “I get frustrated when I have a meeting and can’t listen to one of these Spaces,” he said.
Twitter allows hosts to record their Spaces. NPR has chosen to record and repurpose some. For example, NPR recorded a Q&A it hosted on Twitter Spaces with Surgeon General Dr. Vivek Murthy about Covid-19 vaccine boosters, and another conversation with Transportation Secretary Pete Buttigieg and EPA Administrator Michael Regan.
Zuckerman said the product roadmap includes allowing listeners to replay Twitter Spaces at a later time after the live event is over. Twitter also is introducing the ability for hosts to create ticketed events in Spaces where Twitter users must pay for access.
But will there be many Twitter Spaces or Clubhouse rooms when more people return to the office or other places outside their own homes?
“I think live audio has legs beyond the pandemic,” Patel said. “To me, live audio conjures up this sense of timely authenticity, where actual voices take center stage… In my opinion, live audio is the next iteration of live journalism.”
Having taken the job at Clubhouse, Gregory said she is “bullish” on the future of the app whether that is competing with Twitter Spaces or with in-person activities.
“For working journalists, I understand they have too many platforms to file for,” Gregory said. “But I think that there are opportunities [on Clubhouse] for audience engagement that are essential to newsrooms for repairing the trust between news consumers and newsrooms when we have mis- and disinformation, news deserts, a lack of diversity in newsrooms.”

Gregory said one of her goals in the new role is to encourage NPR’s member stations to use Clubhouse more. She also wants to train journalism students on how to use the app — perhaps even try their own version of NPR’s “Morning Edition.”
“I think there are new habits and new relationships that will endure,” Gregory said. “As people discover it, I do think that that sense of community will draw people in.”
Source: Read Full Article