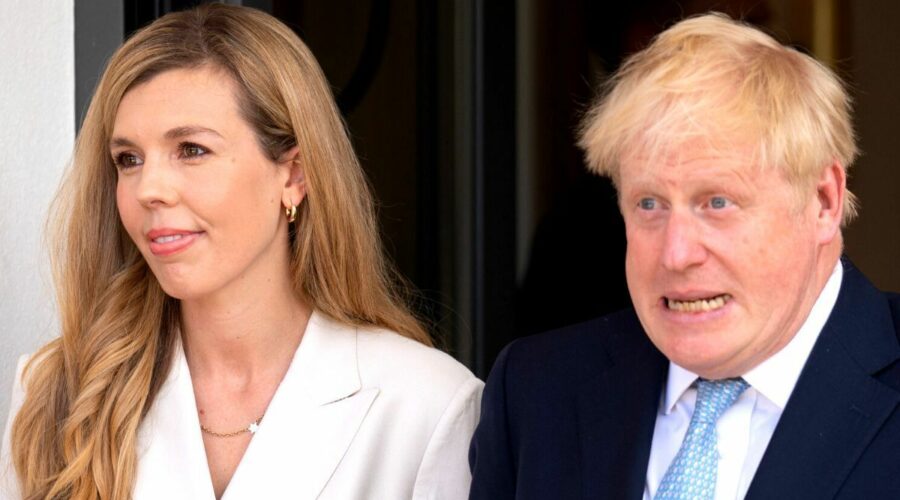 Carrie Johnson watches on ahead of Boris Johnson's resignation

Boris and Carrie Johnson are due to have their wedding party this weekend which, up until recently, was due to be held at the Prime Minister’s country house, Chequers. But after Mr Johnson’s resignation, the couple – who were married in a low-key ceremony in 2021 – are now expected to use an alternate venue. However, details about the contentious beginnings of their relationship have emerged in the build-up to their celebration.

It is widely reported that Carrie – then-Symonds – and Boris embarked on an affair in 2018 when she was Head of Communications for the Conservative Party and he was Foreign Secretary under Theresa May.

Details about Carrie, 34, and Boris, 58, being found in a “compromising situation” with the “door unlocked” in 2018 first emerged earlier this year.

The anonymous claim came to light in a biography about Carrie’s life – ‘First Lady: Intrigue at the Court of Carrie and Boris Johnson’ – written by Lord Michael Ashcroft.

Carrie has since dismissed the book as merely “regurgitated lies”. 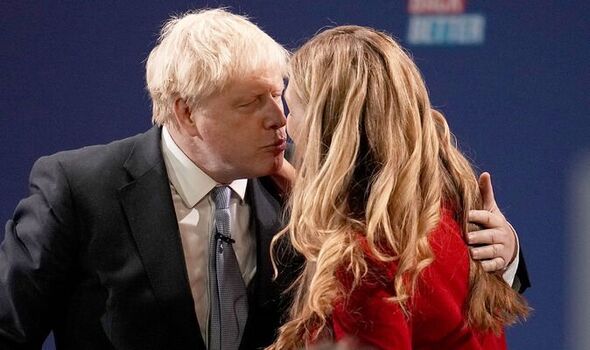 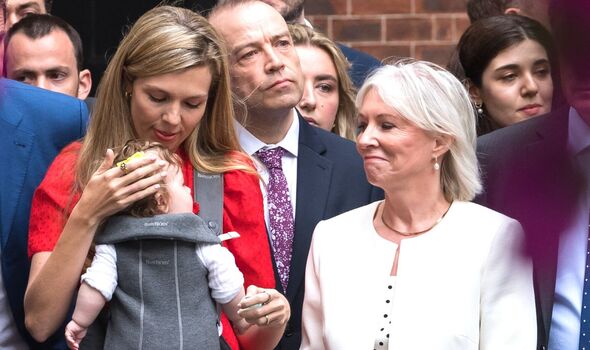 But last week, the Independent reported it was Northern Ireland minister Conor Burns – a close aide of the Prime Minister – who stumbled upon the pair having a glass of wine and then deduced “where the relationship was heading”, but that “nothing remotely physical was happening”.

However, according to sources cited by the Independent, Mr Burns felt that Carrie and Boris’s relationship was “one to watch” and reportedly “flagged” it with colleagues.

Another source is quoted as saying the pair were caught in the act, leaving Mr Burns “seriously shaken” after stumbling upon them unannounced.

Downing Street sources have dismissed the claims as a “sordid and untrue non-event”.

Express.co.uk has contacted the representatives of the Johnsons for comment. 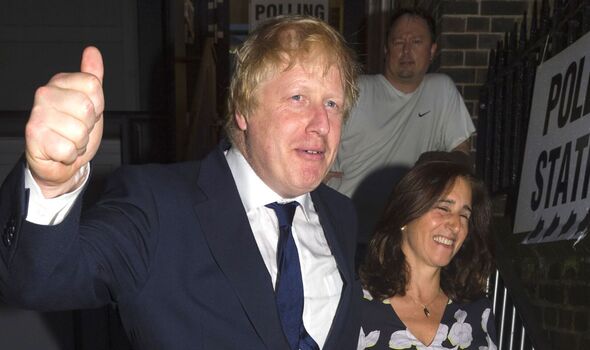 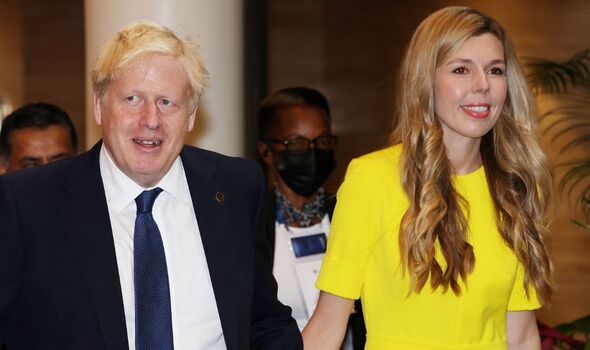 A senior source told the Independent: “Conor did walk in on them. He saw two people sitting having a glass of wine whereby [one] may have concluded where the relationship was heading. He did not interrupt anything. It was a case of ‘why are they having a drink?’…

“After Conor saw them together in his office, Boris’ staff knew it could be dangerous if the wrong people found out. They decided his private life was his own business but stopped him making her [Carrie] his chief of staff because it would have increased his exposure.”

Later that year, in September 2018, Boris and his then-wife of 25 years, Marina Wheeler, released a statement that they were divorcing, but that they had separated “several months” before.

The Prime Minister married Ms Wheeler in 1993 – the same year his six-year marriage to his first wife, Allegra Mostyn-Owen, ended – and the couple had four children.

But his alleged affair with Carrie is not the first time it is claimed Boris cheated on Ms Wheeler.

DON’T MISS: Starmer’s staff pull furious Scouser away as she slaps down leader [VIDEO]
Fury as GMB’s Adil Ray fumes he is ‘ashamed to be British’ [REPORT]
‘Most contagious Covid variant yet’ explodes in UK, calls for curbs [ANALYSIS] 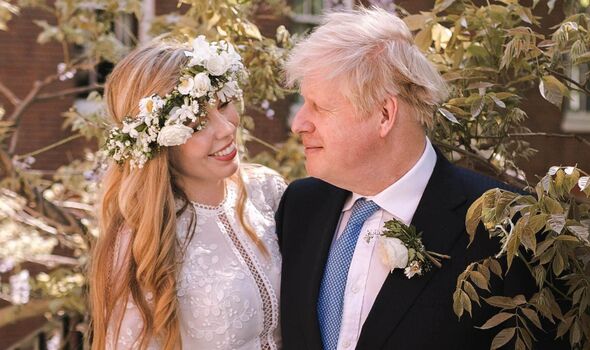 Between 2000 and 2004 – while he was an MP and editor of the Spectator – had an alleged affair with journalist and colleague Petronella Wyatt with the Mail on Sunday reporting Ms Wyatt had had an abortion.

Mr Johnson was then sacked from his two roles as vice-chairman and shadow arts minister by the then Conservative Party leader Lord Michael Howard.

Carrie and Boris were first romantically linked in the public eye in early 2019, shortly before Boris became Prime Minister and Carrie the first girlfriend to move into No10.

Carrie gave birth to their first child, Wilfred, in 2020 and daughter Romy the following year – the same year the couple tied the knot at Westminister Cathedral.