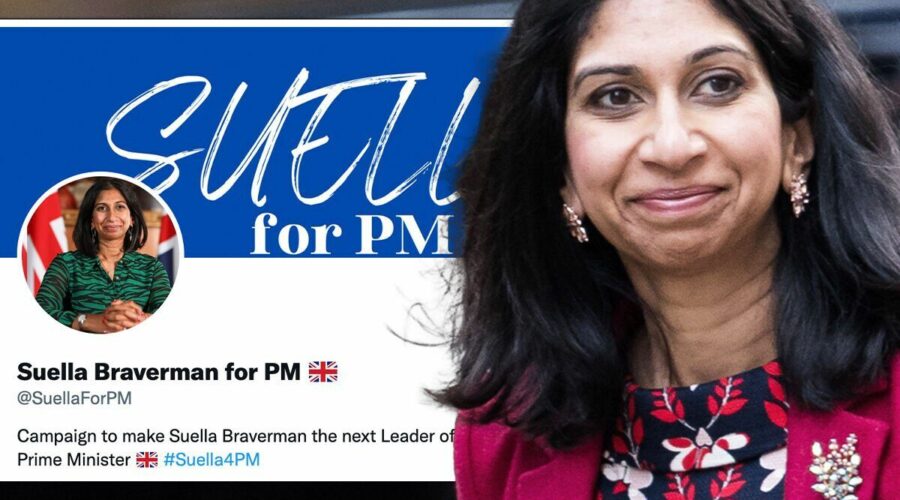 The Attorney General, who is seen as a rising star on the right of the party, unveiled a new campaign slogan and Twitter account “Suella for PM” as momentum gathered behind her shock leadership bid. It is understood that her campaign will be supported by the chairman of the influential Common Sense Group Sir John Hayes and already Ms Braverman has a Brexiteer endorsement from Desmond Swayne.

Ms Braverman has won praise from many Tory MPs for taking a tough line on crime, the BBC and woke issues since she took the Government’s most senior lawyer role in 2020.

Despite attempts by civil servants to prevent her she led an apppeal against the light sentences handed out to PC Andrew Harper’s killers after they were convicted for manslaughter instead of murder.

She has also been one of the most vocal ministers in proclaiming the benefits of Brexit and famously called out Rejoiner Labour shadow Emily Thornberry for being “anti-patriotic.”

In a tweet reposted on her feed, Sir Desmond Swayne publicly endorsed her. 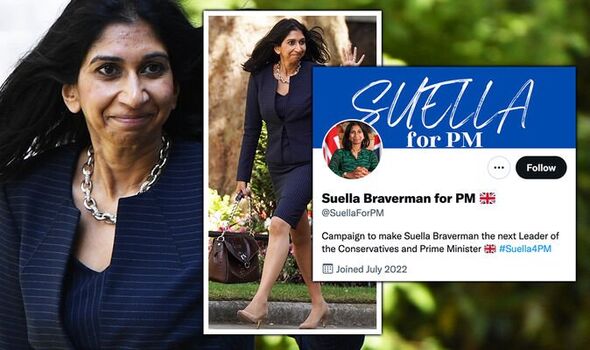 Ms Braverman made her name in Parliament as a former chairman of the influential European Research Group (ERG) of Brexiteer Tory MPs before becoming a Brexit minister under  Theresa May.

She quit in protest over May’s compromise deal and then became one of the Brexit spartans to hold out against a sellout deal.

Boris Johnson appointed her as Attorney General in 2020 where she made an immediate name for herself pushing for tougher sentences for the killers of PC Andrew Harper and signing off the Northern Ireland Protocol Bill as legal.

She also was going to lead the attempts to challenge the European Court of Human Rights (ECHR) decision to block the Rwanda deportations aimed at solving the migrant crisis.

The Fareham MP is known to support a overhaul in the human rights legislation and completing ending links with the Strasbourg based ECHR.