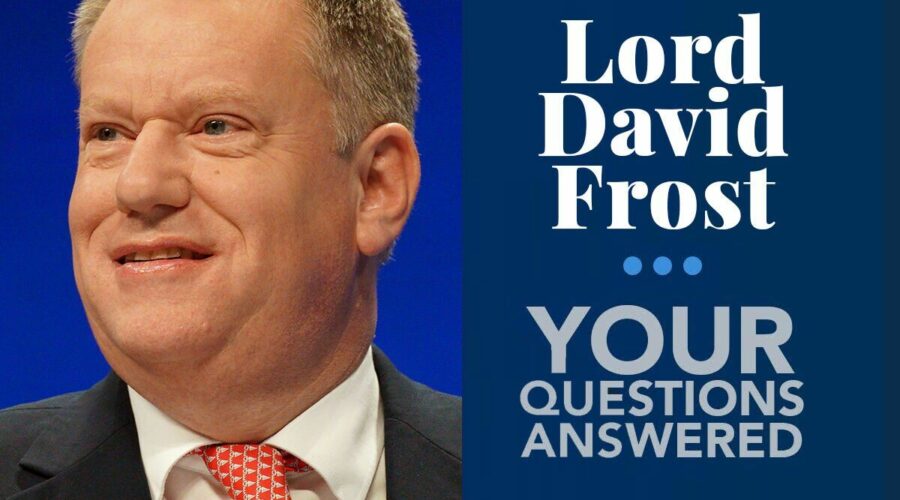 Protocol ‘at end of the line’ says Lord Frost

Want to know what Lord Frost thinks needs to be done next to make the most of Brexit opportunities? Why he’s backing Liz Truss to be the next Prime Minister? If he would ever consider quitting the Lords to run as an MP? – whatever it is, let us know and he’ll give you his opinion.

Lord Frost worked as a diplomat in the civil service between 1987 and 2010 and as a special adviser to Boris Johnson while he was Foreign Secretary between 2016 and 2018.

When Mr Johnson entered Downing Street, Lord Frost took over negotiations with the EU on the withdrawal agreement.

He successfully forced Brussels to reopen the deal agreed with Theresa May and broker a new pact that allowed Britain to finally leave the bloc.

After entering the transition phase with the EU he was then tasked by Mr Johnson to secure a free trade agreement with just 12 months to do so.

What would you like to ask? Have your say in the comments section. 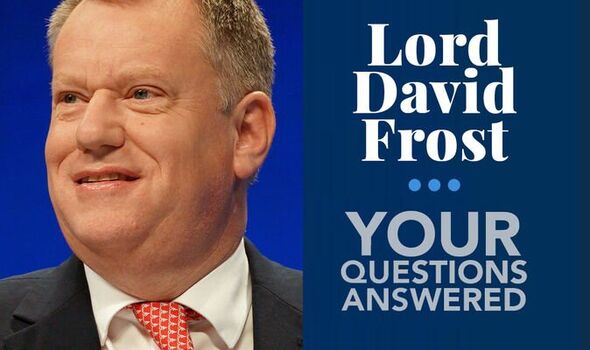 He was appointed to the House of Lords halfway through the negotiations and given a seat in the Cabinet as a part of Mr Johnson’s top team.

Many Tories credit the negotiator for forcing Brussels to compromise after he repeatedly warned the EU that the UK was willing to abandon talks and interact with the continent on World Trade Organisation terms.

He remained in charge of overseeing the UK’s relations with the EU after the deal was in place and began talks with Brussels over reform to the Northern Ireland Protocol last summer.

Lord Frost quit the Government in December 2020 in protest at policy over Covid restrictions and tax and before he was able to see through his plans on the Protocol.

The Conservative peer is now supporting Liz Truss to be the next Prime Minister.

So, do you have a question for our politician of the week? Let us know in the comments section. Answers to the best queries will be published next week.

What would you like to ask? Have your say in the comments section.

DID YOU ASK A QUESTION TO MICHAEL FABRICANT LAST WEEK? WATCH OUT FOR HIS ANSWERS BEING PUBLISHED TOMORROW