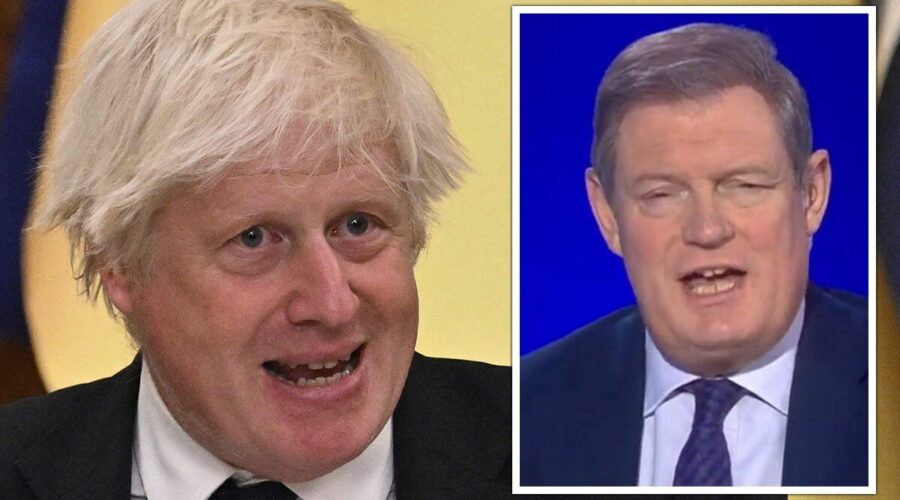 Boris Johnson is expected to attempt an extraordinary political comeback in the race to replace Liz Truss, a little over six weeks after the scandal-battered MP was forced out. The former prime minister’s resurrection to frontline politics would be beset with problems, not limited to the ongoing inquiry into whether he lied to the Commons over partygate. Sky’s Mr Craig said: “Christopher Hope of the Daily Telegraph has reported that he is in fact flying back to the UK this weekend.

“Apparently reading his WhatsApp messages while on holiday.

“One source says he’s thanking MPs for their messages.

“I imagine he’s loving it. We know he is such a divisive figure.

“He has his adoring supporters, the likes of Nadine Dorries and male MPs that has to be said who would love to see him come back.

“At the same time there are some Conservatives who would be appalled at the prospect of him coming back and some are even claiming they would defect to another party or leave the party.”

Choosing Mr Johnson would mean the Tories could say they are not on to their third leader since he won their mandate in 2019, an argument that would be difficult to swallow for voters.

But campaigners for victims of the coronavirus pandemic said the idea of a return for the PM who oversaw the response and was fined for breaking his own rules was “devastating”.

Mr Johnson was holidaying in the Caribbean while Ms Truss was resigning, but the Times was told he believes it is a matter of “national interest” for him to stand again.

A replacement for Ms Truss is expected to be in place by October 28, though how they will be chosen has not yet been detailed.

Multiple Tory MPs were quick to express their support, including Government minister Sir James Duddridge, who served as a parliamentary private secretary to Mr Johnson in No 10.

“I hope you enjoyed your holiday boss. Time to come back. Few issues at the office that need addressing,” he tweeted, along with a “bringbackboris” hashtag.

Dudley North MP Marco Longhi said: “The only person who has a mandate from the general public is Boris Johnson.

“He is the only person who can discharge the mandate from the people. Please come back Boss.”

Others, privately, are raising their concerns, with one long-standing adviser to Mr Johnson, arguing it is “not the right thing for him”.

“All the problems that were problems when we were in there haven’t gone away in the last two months,” they told the PA news agency.