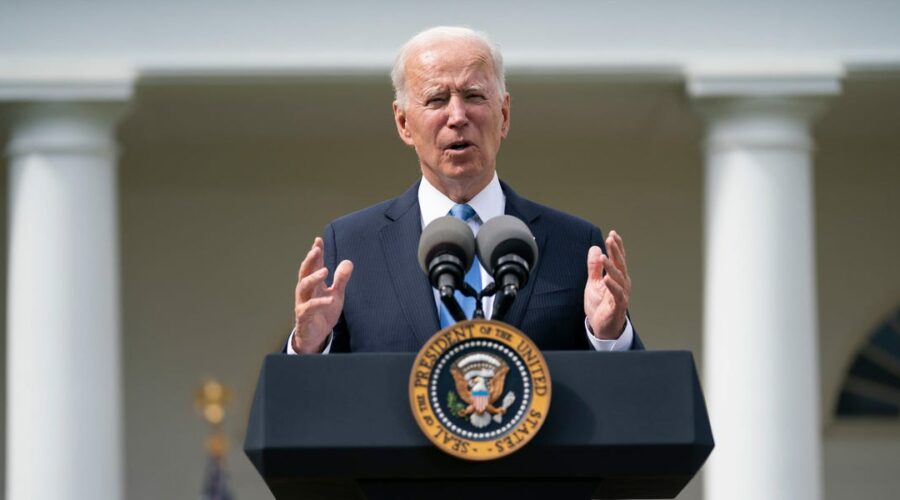 Biden scrapped Trump’s vision of a “National Garden of American Heroes,” which would have included statues of “historically significant Americans” and rose out of what many Republicans felt was an attempt to tear down monuments during the racial reckoning that followed the murder of George Floyd in Minneapolis last May.

Trump’s now-revoked order decried “dangerous anti-American extremism” and emphasized that the garden would be “America’s answer to this reckless attempt to erase our heroes, values, and entire way of life.”

The garden was slated to include a vast array of historical and cultural figures, from Crispus Attucks and Neil Armstrong to Amelia Earhart and Whitney Houston. Other figures that were set to be featured in the garden included Christopher Columbus, Harriet Tubman, former President Ronald Reagan, and Ruth Bader Ginsburg, among others.

Existing statues of Columbus were targeted by protestors across the country last year, much to the ire of many conservatives.

Read more: How Marjorie Taylor Green became the Voldemort of Congress. Few lawmakers even want to say her name.

Biden also rescinded an order issued last June that directed the Department of Justice to prioritize prosecutions for individuals who vandalized federal monuments.

“These statues are silent teachers in solid form of stone and metal,” the now-rescinded order read. “They preserve the memory of our American story and stir in us a spirit of responsibility for the chapters yet unwritten. These works of art call forth gratitude for the accomplishments and sacrifices of our exceptional fellow citizens who, despite their flaws, placed their virtues, their talents, and their lives in the service of our Nation.”

Trump’s orders came during a summer that was defined by protests against the legacy of discrimination against Black Americans in the United States.

The Black Lives Matter movement was elevated to national prominence for much of the year, and its push to address racial inequities throughout the country became a rallying cry for conservatives who disagreed with the premise of systemic racism.

Trump, who was vehemently opposed to the toppling or removal of Confederate monuments while in office, decried such actions as an erasure of American history.

Biden has issued over 40 executive orders since assuming the presidency in January, from halting the Keystone XL pipeline project to canceling two of Trump’s actions on refugees.