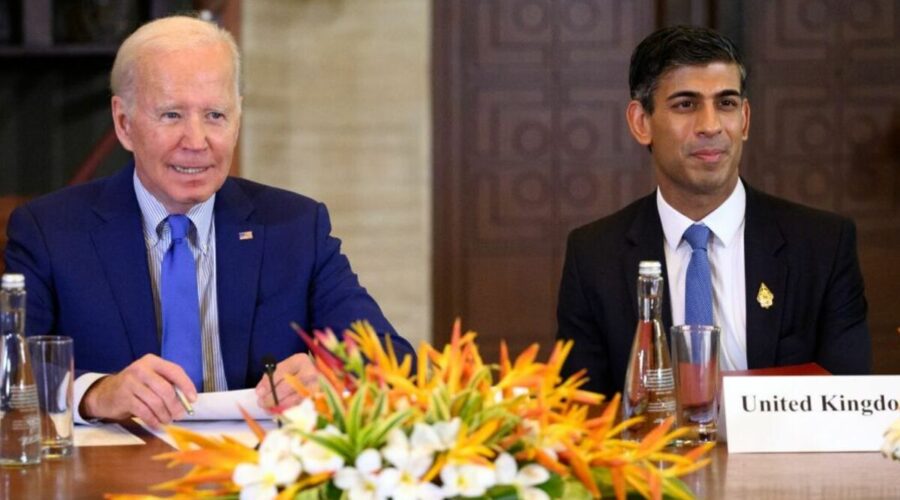 The Prime Minister said he had not specifically raised the issue in the first one to one talks he held with the US President.

“On trade we had actually a very good conversation with President Biden on a range of things. We didn’t discuss a trade deal in particular, but we did discuss our economic partnership,” he said.

“Both of us acknowledged the fact that actually the United States is our single largest trading partner and there’s a range of economic cooperation that is happening and can continue to happen in the future.

“We talked about energy, for example, and how we can work together to improve energy security at a time when we’re all wanting to have more of that at home.

“So I am filled with optimism about our ability to do more trade with the US, to deepen our economic relationship. That can happen in lots of different ways and you’ll see that over the coming months and years I’m sure.”

The US has shown no interest in reaching trade deals with any country since he took office, according to government insiders.

Mr Biden, who has Irish ancestry, has repeatedly sided with Brussels to warn the UK against ripping up the Brexit rules causing tensions in Belfast.

The president and Mr Sunak discussed hopes for protecting peace in the region and it is understood the PM has promised that a deal will be reached with the EU over the by the time of the 25th anniversary of the Good Friday agreement next year.

A No 10 spokesman said: “The leaders looked forward to working together to take forward cooperation between the UK and the US on areas including trade, defence and upholding the Belfast (Good Friday) Agreement.”